Takes place in the Kurain Kingdom

The latest on Ace Attorney 6 is that it will feature two protagonists. Yep, both Phoenix Wright and Apollo Justice will be playing central roles in this courtroom drama.
You should be familiar with the pair of them. Phoenix Wright is the guy in blue and the main character throughout the series.

Apollo Justice is Phoenix's apprentice and starred in the fourth game in the series, Apollo Justice: Ace Attorney.

Anyway, this news comes out of the latest issue of Japanese gaming magazine Famitsu. There's a couple of other new details worth making a note of too.

Firstly, that "mysterious country outside of Japan" that the game takes place in has a name. It's called the Kurain Kingdom.

Apparently, Prosecutor Payne meets Phoenix Wright over there and the country is said to have an undefeated prosecutor as well. 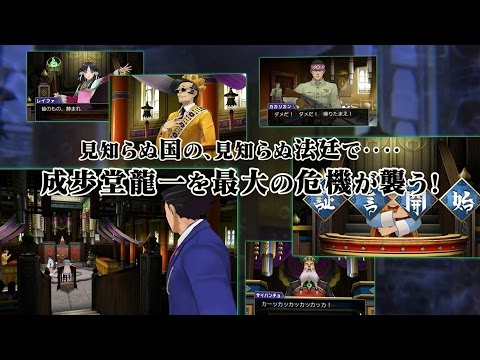 As we noted before, the Kurain Kingdom is an odd fantastical place in which the courts use a "water mirror" in cases.

It looks like this mirror shows scenes from the past when someone looks into it but that's just speculation.

Kurain Kingdom isn't the only location in the game though as some of the story will unfold in Japan too.

Siliconera
Next Up :
Happy Game will soon give mobile gamers psychedelic nightmares on February 2nd