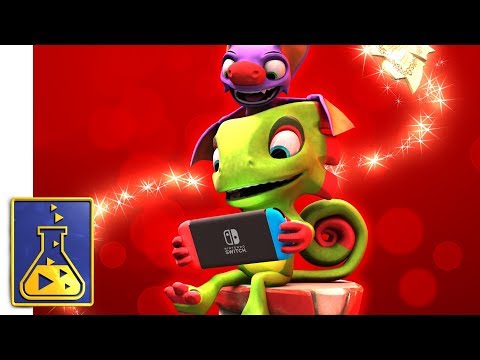 Subscribe to Pocket Gamer on
The tale of a leaping lizard and his bat buddy is releasing on the Switch, as Yooka-Laylee's release is set for next month.

Kickstarted in 2015, Yooka-Laylee promises a return to the 3D platformer of old, letting you guide your titular reptilian through colorful worlds filled with floating platforms, ancient temples, and monsters. Using your agility and abilities, you can explore each large stage, collecting coins, and complete a wealth of side missions and activities. 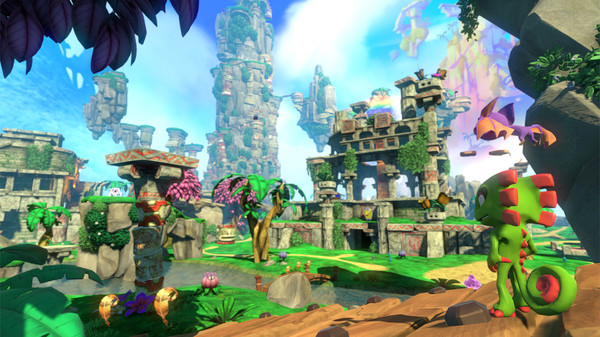 Our review of the Steam release praised the game's content and early 90s platformer charm; however Yooka-Layle grew tedious and frustrating after a while, coming across as a game "that feels a little incomplete."

Yooka-Laylee will be available on the eShop on December 14th.

Next Up :
Sumire is a magical narrative adventure set in a Japanese village through the course of a single day, coming to iOS in 2022

Yooka-Laylee: A beginner’s guide to the game on NVIDIA SHIELD

Yooka-Laylee review - Is it as good as the oldies?