Yak Dash: Horns of Glory has a new trailer, and it should be coming to iPad and iPhone 'soon' 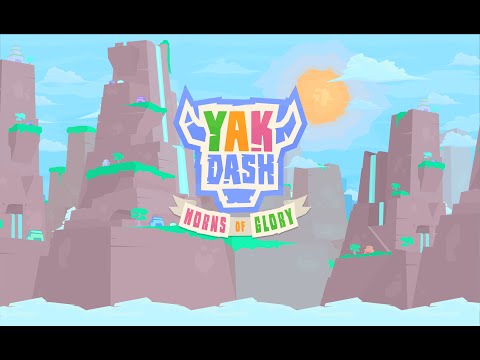 Earlier in the year you might remember us telling you about Yak Dash: Horns of Glory. It's a side-scrolling racer from Mutant Labs that's all about speed and twitchy reflex testing.

Back then we said it was coming to iOS in August, but as you probably noticed that didn't pan out. But, we've got the first trailer of the game right here, and according to that it should be out soon.

The game looks gorgeous, and the multiplayer races, which see you battling it out against players from across the world, look beautifully chaotic.

There are plenty of customisation options that let you make your Yak rider stand out from the crowd, and the racing has a focus on speed-boosting flips and tricks.

We'll let you know when we hear a solid release date for Yak Dash: Horns of Glory, but in the meantime why not bask in the cartoon primary colours of that trailer a couple more times.

Out at midnight: Yak Dash wants you to flip your yak across mountain tops to win races