Out at midnight: Worms 4 is the latest instalment in the enormous battling franchise 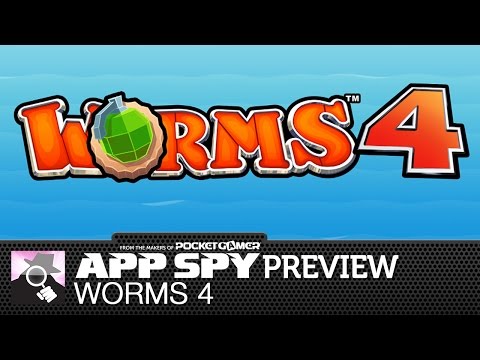 Worms 4 is the latest instalment in the enormous franchise that pits two teams of worms against each other in a battle to the death using a variety of different wacky weaponry.

And there's a lot more of those this time around with brand new weapons to wreak havoc with like Hailey's Comet. Whatever that does.

You can increase the abilities of your favourite weapons by mixing and matching more than a hundred different unlockable upgrades.

There'll plenty of time to test out different variations over the course of the 80 single player missions spread out across five colourful locations: Middle Turf, Candiville, Wacky-Habara, Tomorrow Islands, and the Fro Zone.

You'll select either the red or blue faction when you start the game and your progress will be tracked, with the best faction winning rewards each day.

On top of that there's a weekly dynamic event that takes place somewhere on the world map. This is played against other players as well so it's bound to be incredibly hectic.

With bite-sized matches, streamlined menus, synchronous multiplayer battles, and sharper than ever cartoon visuals, this could be the best mobile Worms to date.

But we'll let you be the judge of that when Worms 4 launches in the App Store [download] at midnight tonight.