Wings of Glory is a digital adaptation of a WWI-themed board game, out now on iOS and Android

In case you missed it, Dire Wolf has officially launched Wings of Glory, letting players get their hands on the sky-soaring digital board game on iOS, Android and Steam. Players can expect to engage in a WWI-themed dogfight from the palm of their hands in this digital adaptation of the OG board game from Ares Games.

In Wings of Glory, players can look forward to unleashing their inner tactician as they try to master aerial combat via a tabletop-esque feel. Set in the year 1917, the game tasks players with managing biplanes above the skies of Europe in the middle of an intense wargame with cross-platform support.

The game also features a variety of planes (eight planes and fourteen aces) players can choose from to expand their hangar, as well as challenging reconnaissance missions for players to complete to see if they've got what it takes to be a true knight of the skies. There are different aces with their own unique stats as well that can suit different playstyles. 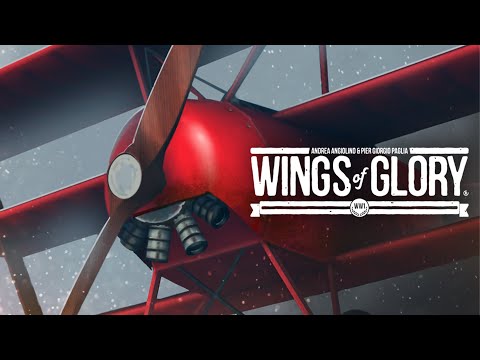 If you're eager to join in on all the fun, you can download Wings of Glory now on the Google Play Store for Android devices and on the iOS App Store. It's a premium title that costs $8.99 a pop or your local equivalent. You can also join the studio's community of followers on Twitter to stay updated on all the latest developments, visit the official website of the game for more info, or take a little sneak peek at the embedded clip above to get a feel of the game's visuals and gameplay as well.

Next Up :
Bleach: Brave Souls gives away guaranteed summons, real-life goodies and more during 7th anniversary