In a world in which every house is a house of cards Where Cards Fall's androgynous protagonist is struggling with the journey through adolescence and the discovery of the world around them that it brings.

One of the games which were shown off during Apple's Apple Arcade announcement was Where Cards Fall. It's an effort of the combined forces of Snowman (Alto's Odyssey) and The Game Band. The game is enigmatic, both in design and in actual details on it; it was first announced back in early 2017 and when it comes to official assets on it there's only two trailers, a couple of blog posts, an archived Steam page and a handful of screenshots circling around for it. 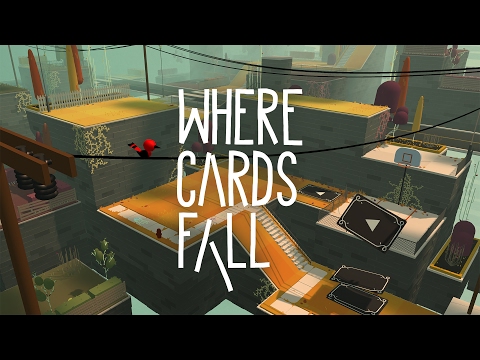 What we do know about the puzzle platformer is that players explore a world that looks like something from a dreamscape. Hills, towns and waterways are all presented in the almost playset-style art that you can you see in the two trailers. Where some of the world's building, and some platform, would stand however, there are decks of cards.

Where Cards Fall will be exclusive to Apple Arcade on iOS, read all we know about about Apple's new subscription service here.

The decks of cards are compressed buildings, and players drag these around to the right position before clicking and dragging them to open up the deck and form the building. You need to get the positioning right, and at times you'll need to drag cards over buildings you have put in place, in order to complete puzzles. Cards will open up at smaller sizes if they only have so much room to expand into — so being spatially aware and clearing other cards which serve as obstacles is key to progress. 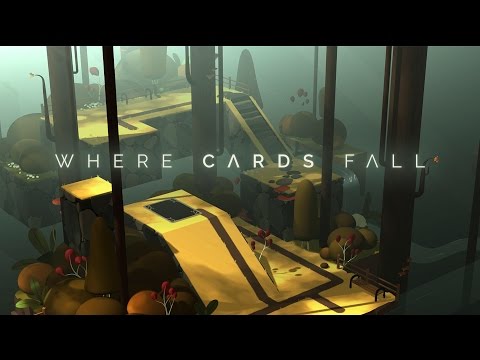 Many of the buildings that you put together are houses or storefronts which can actually be entered, explored and interacted with as part of the game. In some of these you might be playing music or talking to people, but they're all little cutaways from the main world — although the developers have stressed that there are zero loading times in the game and everything is done without transition.

Between the card-based puzzles, and the little rooms to explore, Where Cards Fall is captivating and it is something that I can't wait to get my hands on when it launches later in the year.

Where Cards Fall is a coming-of-age adventure, made in part by the developer of Alto’s Adventure