Bombs, bullets, and lots of neon

Puppy Games, the creator of Titan Attacks and other retro-style arcade blast-'em-ups, will be bringing Ultratron to PS Vita on May 12th.

Ultratron is the type of game we've come to expect from Puppy Games. In other words, it's a love letter to arcade games from the 1980s.

The similarity in the names reflects the way Ultratron resembles Robotron 2084's gameplay. 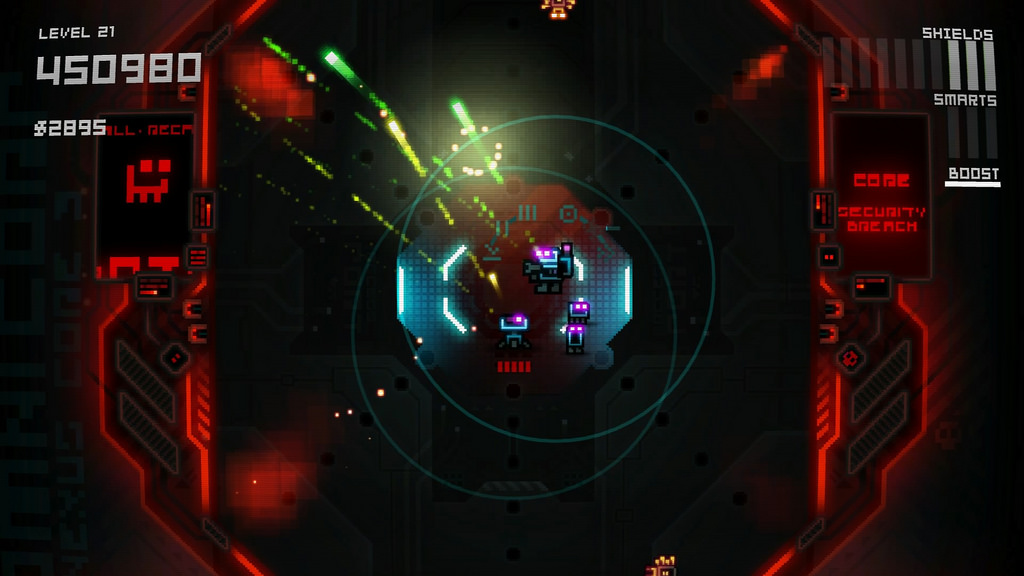 You play as a battle droid who sets out to avenge the human race by killing the robot army that slaughtered them. There are over 40 levels to beat, power-ups to collect, and pets to buy.

It's all neon-blasted, of course, and chocka with bombs and bullets. You'll be tasked with avoiding Chasers, Turrets, Spawners, and Minelayers. Plus, there are four large bot bosses to take on Ieiunitas, Bellum, Lues, and Letum.

And, if you want a truly retro experience, you can turn on the simulated CRT screen effects to bend the edges as if paying it on an old TV.