Sending the quirk meter through the roof 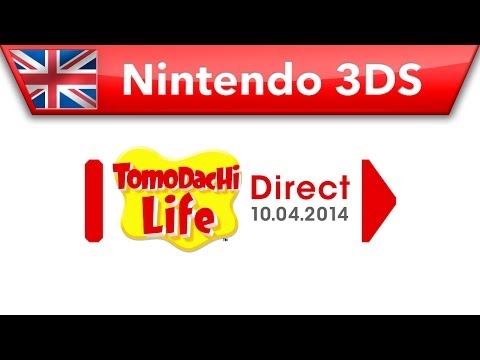 Quirky Japanese simulation game Tomodachi Collection: New Life will be released in the US and Europe as Tomodachi Life, on June 6th, on Nintendo 3DS.

The game creates an island world, and populates it with all your Mii characters. Each Mii will get its own voice and personality traits, the latter of which will dictate what they do in their soap opera-style lives.

"A pop star might fall in love with your lookalike," says Nintendo. "Your mum might jump on stage to belt out heavy metal songs. Or you could become famous striking poses down the runway of a fashion show wearing cute and silly outfits." Too late for that one, mate.

Sounds completely bonkers. Tomodachi Life is coming in June in retail and eShop versions and will cost $34.99 in the US. You can see some Nintendo suits rendered as Miis in the Nintendo Direct video above.