After six months the third series of The Walking Dead by Telltale Games has come to a close, and what a series it's been.

Classic of Telltale the usual gripes are in play, though by this point not many of their fans will be that surprised. Totaling in at about seven hours playtime, A New Frontier has certainly opened up a mix that we need more of.

It may not compete with the emotional journey Season One put us through, but it isn't the worst of the bunch by far.

*This is your one and only spoiler warning. Turn back now if you haven't completed the series yet.* 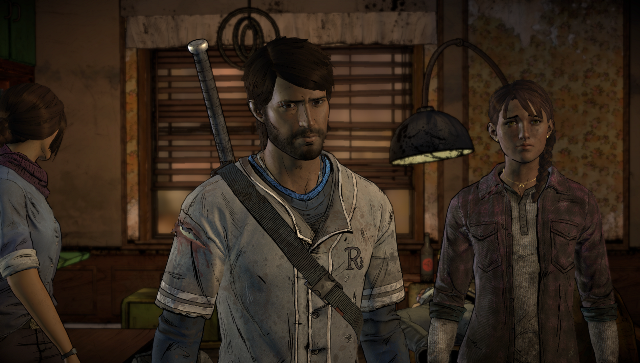 A New Frontier seemingly follows two protagonists: our regular badass lass, Clementine, and newcomer, Javier. In reality Clementine is actually a secondary character and the entire series is told through Javier's perspective.

She plays such a huge part in Season Two that to see her take a step back and act as more of a supporting role it's pretty refreshing. Instead of knowing everything at once we got to learn about Clem's mystery years in dribs and drabs, getting reacquainted with her as a teen instead of the girl we left her as.

As for Javier, he's an immediately likable lead that may have started off a little iffy but quickly finds his big boy boots before too long. The same goes for his 'will-they-won't-they' love interest Kate...eventually.

The first few episodes touches on the family and relationship-related values you've been waiting for since Lee and Clem's partnership in Season One. You have characters that are typical, homely sorts - the kind of average family that lives down the road from your Gran.

Even David is a necessary addition. Granted, he was a pretty bad dad, lousy husband, and not the nicest of guys, but it provided another kind of tension which you just know will just end up biting back later in the series. 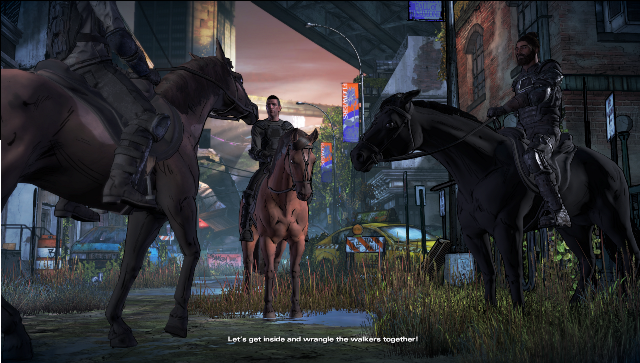 That's kind of where things finished on a weird note. All of that theme-building suddenly collapsed in the final episode like a dodgy move in Jenga. It felt like Telltale just suddenly remembered they had to finish the episode, threw in a scattering of choices and pretty pieces of dialogue, and BAM. Terminado.

This is where Telltale slips back into old habits. Predictable choices, unsurprising climaxes, and typical deaths.

Take the scenario from David and Javi's trial at the end of Thicker Than Water. Javi has to choose either Tripp or Ava to live or die himself - yes, you get shot if you don't choose either, so you really HAVE to pick someone.

In a turn of events, whoever you choose gets to live while the other is killed, but it doesn't really matter.

Fast forward to From the Gallows and the person that lives through the massacre dies anyway in a rather disappointing manner. It's a Kenny/Jane thing all over again. Just pick one, the outcome doesn't matter.

From the Gallows also saw a number of graphical environmental and character glitches that are hard to ignore, especially when a character's missing half of their hair or not moving their mouth at all. 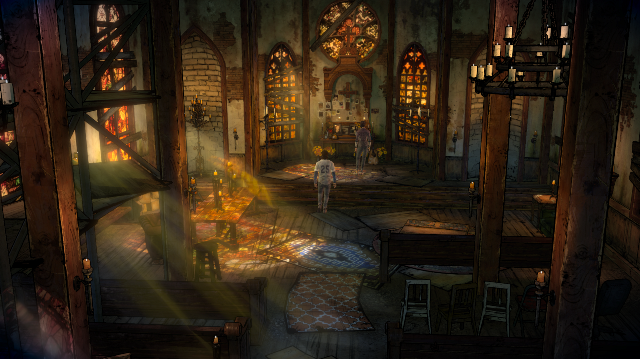 If we look past these flaws and random stops and starts in the game's pacing, the relationships between the characters is what drives this whole season home.

It's also what makes Javi and David's brotherly bond that much sadder in the finale as they do have their tender moments. You know, before David falls back into being a top-class A-hole.

Ultimately that's what drives The Walking Dead, in any media, to be successful. At the end of the day you're still killing walkers, killing people, and surviving no matter what characters you throw in there, so you might as well make them interesting.

It's a risky move by Telltale to bring Clem out of the spotlight, but one that definitely pays off. Javier is a lot like Lee was in Season One, suddenly thrown into the seat of parenthood in the midst of so much chaos, and it was a joy getting to know him.

As for endings, there was actually a nice variety of them. With three potential 'bad' and two 'good' endings, that's more than we've had to choose in the franchise so far.

From the Gallows ends the series on an unusually concluded note. We may see more of Javi in later series, but for now his story is complete, leaving us free to shadow Clem as she searches for her missing boy, AJ.

Let's hope that Season Four doesn't see Richmond burned to the ground with everyone with it.

The Walking Dead: A New Frontier brings back the 'family values' feel desperately missing since Season One, but still fails to avoid Telltale's typical quirks and downfalls.
Next Up :
Sumire review - "Why do some days stay in our thoughts forever?"

Episode 4 of The Walking Dead: A New Frontier releases on iOS and Android on April 25th

"Above The Law", episode 3 of The Walking Dead: A New Frontier, is available now on iOS and Android

Get a first look at episode three of Telltale Games' The Walking Dead: A New Frontier

The Walking Dead: A New Frontier, episode one, goes free on iOS