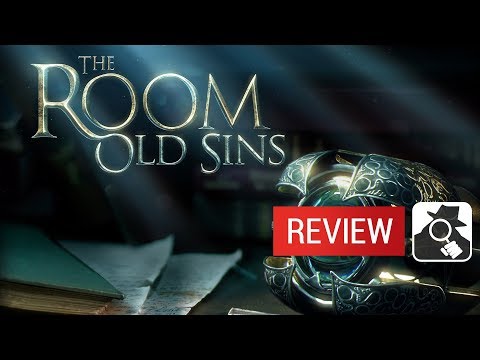 Subscribe to Pocket Gamer on
There's something about the gloom that draws us in. We're an inherently curious species, and while we're scared of dark corners, discovering what's lurking in the shadows is almost a compulsion for us.

That's something The Room series has always understood. Every game is about pushing towards something we don't understand, every piece of the puzzle driving us head first to a conclusion we might not want to reach but have to get to anyway.

And Old Sins is exactly the same. It plays with the tropes of the horror story, and wraps them up in that now-familiar tactile mechanic that's made The Room games undeniable classics.

This time around the game sees you exploring a strange, labyrinthine doll's house. Obviously though, this is The Room, so you're dragged into the house, which represents something much bleaker than a child's toy.

The heart of the story is about collapse. It's about endings and obsession, and how chasing a dream can quickly become something of a nightmare. All of that is told in snippets and snatches in the notebooks you'll find as you play.

At the core of everything though is the puzzling. And it's still as sharp as ever. A series of eureka moments and "aaaaah of course" discussions you have with yourself. Pull a level, push a switch, guide glowing balls around mazes that you need to manipulate. 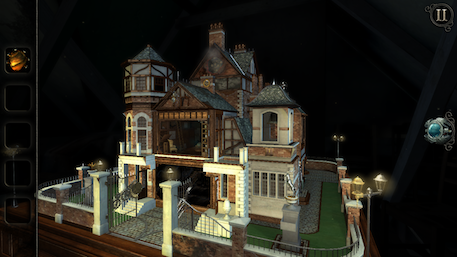 Old Sins feels more focused than The Room 3. While there are multiple rooms to explore, that central hub of the doll's house, which you're adding to and expanding as you discover more secrets, makes sure of that.

The puzzles you're solving span multiple locations. Water needs to be directed from a kitchen in order to start a machine in the study. A dumb waiter lets you get a new perspective on a cask that you need to unlock.

You've still got your trusty eye-piece, which gives you glimpses into the null world, and a hint system pokes you gently in the right direction if you can't figure out where to go or what to do next.

While The Room: Old Sins might lack some of that initial thrill of the first game - this is the fourth time we've visited the gothic stylings and manipulable puzzles of the world after all - it makes up for it in intelligent design and curiosity.

This is still a place where you want to poke everything, pull whatever you can, and explore the nooks and crannies where goodness-knows-what is lurking.

That Fireproof can still pull off shocks and surprises along the way is testament to its skill as a developer. That the world of The Room still remains one that you want to dive into, even now, proof positive of the overwhelming lure of the dark.

It's still super slick, it still offers some of the best puzzling on the App Store, and it's still creepy as hell. Even four goes in The Room: Old Sins delivers
Next Up :
Pawnbarian review - "A minimalist roguelike that's hard to put down'"