I've killed hundreds of thousands of virtual victims in games. But I've never really felt like I'm actually using a gun, actually pulling a trigger, and actually killing a person.

The whole thing is abstracted. I'm using a controller, after all. And even when playing a light gun game like Time Crisis, with a gun-shaped controller, the action is happening on a static, 2D screen.

But in the virtual reality world of the HTC Vive - a Valve-backed headset, with cool motion-tracked controllers and sensors that track you as you move about the room - things got a little more real. 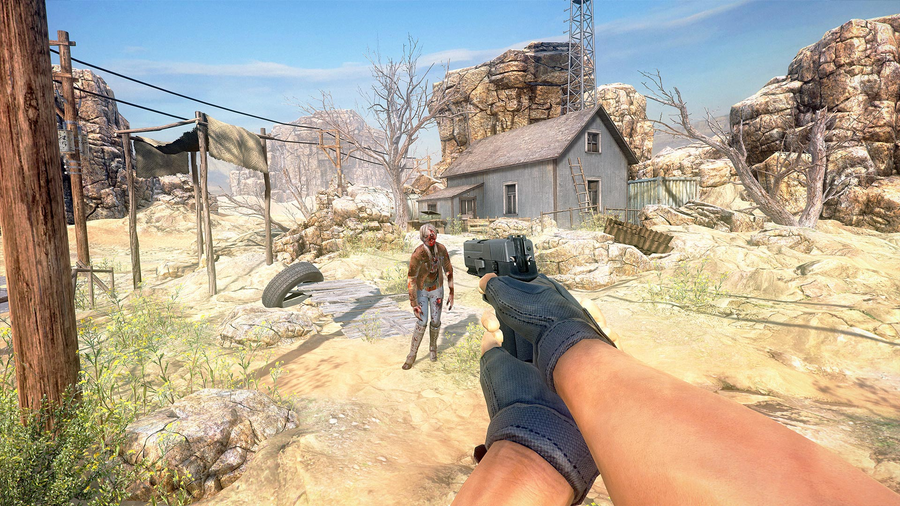 You start the demo, called Arizona Sunshine, in a white room, with a gun in your hand.

In real life, you're holding a mad space-age controller which looks a bit like a candlestick holder. But as you swing this stick around, the in-game firearm moves about with seamless fluidity.

The controller also has a trigger, which you can use to squeeze off shots. I point the gun at a far-off bullseye target and fire. I miss. Man, it's not as easy as they make it look in the movies, is it?

This time, I close one eye, pull the gun up so I look down the iron sights, and aim properly. I hit the target bang on. That's more like it! After a few more practice hits, I'm ready for action. 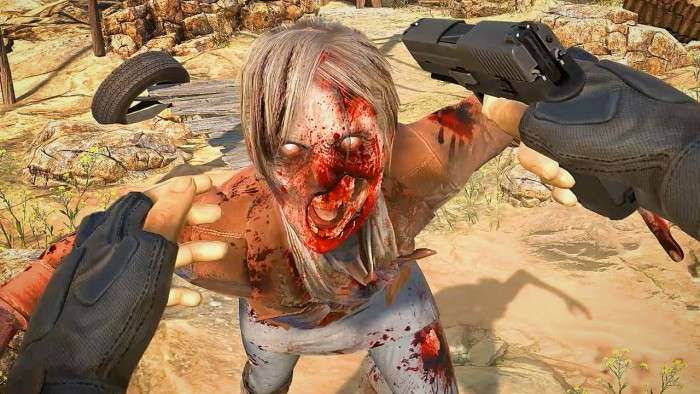 Now I'm in a desert. It's dusty. There's a dilapidated, turned over school bus by me for some reason. There's a zombie shuffling towards me. Eep. I instinctively reach down and take a handgun off the floor.

(In real life, I bend over, move the controller near the floor, and squeeze a button. It feels so natural though, that the artifice falls away).

Using my training, I squint down the barrel of the gun, line up the zombie's head like Resident Evil has taught me, and fire off a shot. The zombie's head explodes. I feel weird. 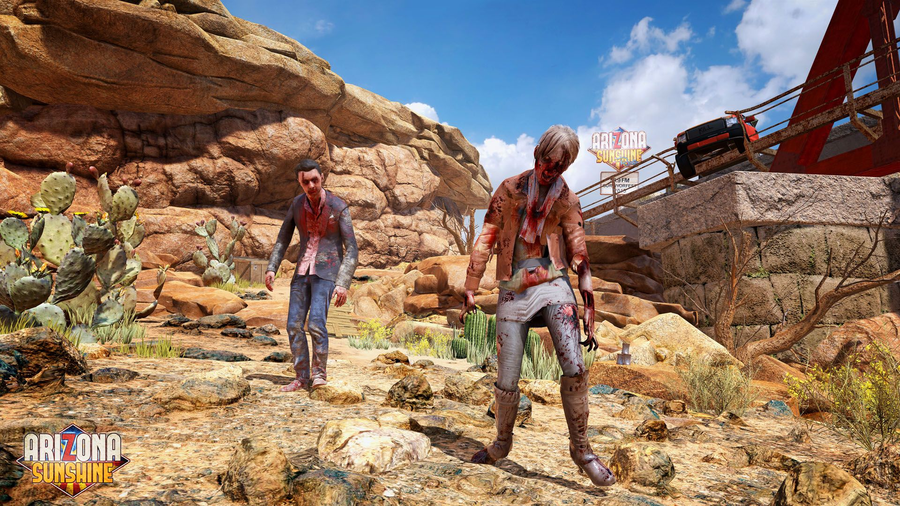 There's no time to deconstruct the scary new moralities of this technology, though, as more zombies come at me. I shoot them, and remember I'm not planted to the floor - I can move around the room to get a better vantage point.

I can then move to a different location - up the hill, and onto a bridge - if I look at an activate a big floating arrow. On the bridge, I can take a shotgun. So I do. Obviously. And use it to kill more zombies from afar.

Shotguns don't hold much ammo, and soon I need to reload. A zombie charges at me and I'm powerless to react. It bears down on me and I flinch. In the nick of time, I've finished reloading and I blow the critter's head off. I almost feel the blood splash on me. 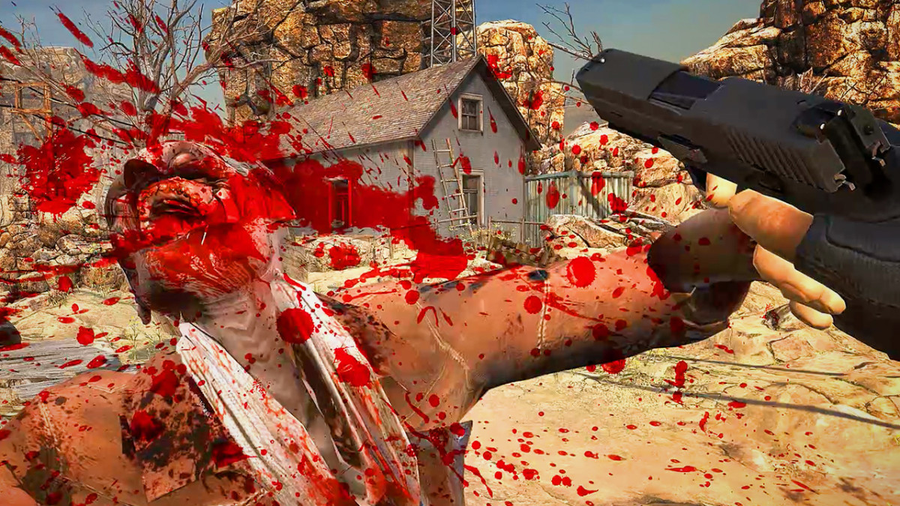 I'm no prude, and I enjoy a good violent game as much as the next blood-thirsty psychopath. I love chainsawing those ugly brutes in Gears of War, and making heads pop in Fallout 4.

But something about VR violence gave me pause.

So while the action is terrific - it's easily the best light gun shooter ever, and makes traditional first-person shooters feel ridiculously artificial - I'm not sure how I'll feel when games with human targets go VR.

Stick with zombies, though, and this brief demo in the HTC Vive has made me very excited. Sure, I hope virtual reality encourages developers to try bold and fresh new experiences. But at the end of the day, I'm still going to want to shoot things.

And in VR, shooting stuff is more fun than it has any right to be.

Next Up :
Definitive Apple Arcade games list - every available title so far