In the past year, MMO drag racing game Nitro Nation Online has accumulated over seven million downloads on Android. It's now out on iOS with three new platform-exclusive cars.

It also includes all 40-odd of the original cars too. All of them are fully licensed, and as such include Chevrolet, Ford, Dodge, BMW, Volkswagen, Honda, Nissan, Mazda and Mercedes-Benz.

The game itself focuses on racing your friends or other online competitors in high-powered drag races. You can race as small as an eighth of a mile to a full mile, if you wish.

Key to winning the races is modding and tuning your car in the garage to get the most out of it. So if you're into shoving your head into a bonnet you should love doing that here. 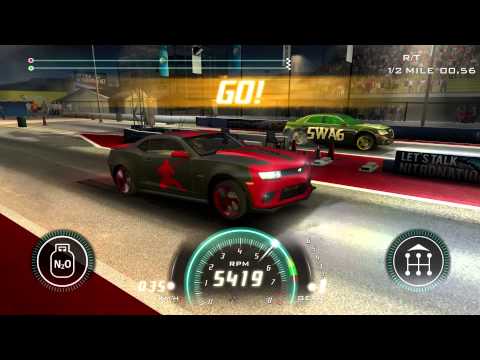 While Nitro Nation Online is free to play the good news is that there's no limits on fuel. Its developer assures us that there are no pay-to-win elements either.

You can download it for free on the App Store right now. Android players who haven't picked it up yet can do so over on Google Play.

Next Up :
Paths: Beatrice’s Adventure is an upcoming choices and consequences game based on the life of a 16 year old girl, available in Early Access on Google Play

Check out this launch trailer for Nitro Nation on Android