This week, it's the war of the side-scrolling Minecraft-alikes. We've got two games that are both about mining, crafting, exploring, and building. It's Junk Jack X vs. Terraria. No holds barred. Two enter, only one may leave. Etc.

Those, of course, are not the only games on the store. We've also got a gaggle of bite-size puzzle games and a pair of endless-runners. Because, you know, some genres just refuse to die.

Check them out in the video below, or scroll down for screenshots, text, and links to the App Store. 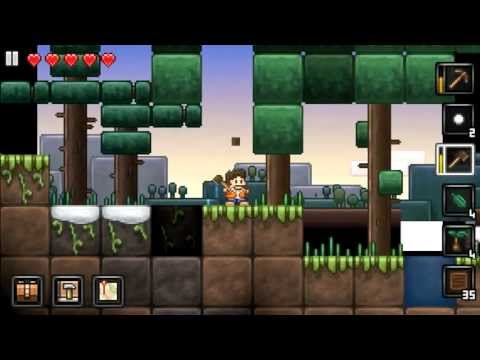 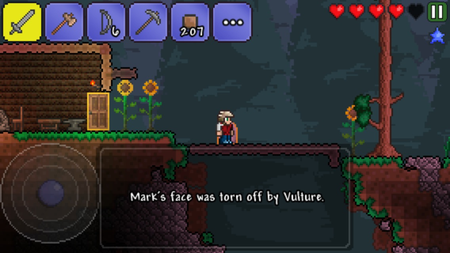 Terraria is often called a side-scrolling Minecraft, but that sells the experience a little short. Yes, you can mine through blocks of dirt. And yes, you can craft raw materials into handy new items.

But this is really a game about exploring the weird and wonderful mysteries in the game's randomly generated world. Wander outside of your handmade homestead and you might stumble across a giant gold fortress, or an underground jungle, or a floating island.

Port developer Codeglue has made a jolly good stab at the touchscreen controls, and its quite easy to mine or place specific blocks. But moving, jumping, and - most importantly - combat are all a bit fiddly and finicky.

Sadly, multiplayer is a no-show. But otherwise this is largely the full Terraria experience, with all the items, enemies, boss monsters, biomes, and dynamic systems that you saw on the PC or Xbox 360. 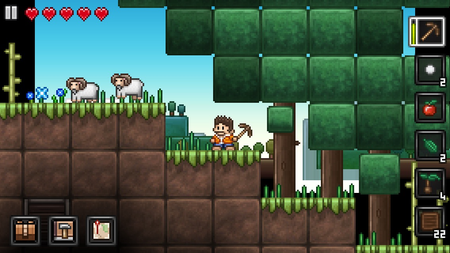 Check out the balls on developer Pixbits. It knew full well that Terraria - the original and hugely popular 'side-scrolling Minecraft' - was going to hit the App Store today, but decided to launch its own 2D Minecraft-alike anyway. And at the same price.

But it might not necessarily be a suicide mission. Junk Jack X is better than Terraria in a number of ways - it has multiplayer, the controls are better-suited to mobile, and it's more welcoming to new players.

It's also more focused on crafting and building ridiculous architectural wonders. That said, I don't want to sell the game's exploration short - especially as X introduces different planets you can visit, and hundreds of treasure items to find.

Ultimately, the question you want answered is: which side-scrolling, dirt-digging, weapon-crafting, world-building, secret-finding adventure should I buy?

But I can't answer that yet - I've played a lot of Terraria, but only scratched the surface of Jack. So wait for the reviews. Or just buy both if you're super rich. Look at you, with all your money. 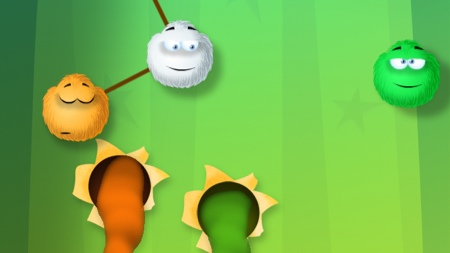 Oh hey, games came out today that aren't about digging up rocks and turning them into stone pickaxes! Like Fix the Leaks, a cute physics-puzzler that takes some hefty influence from Cut the Rope.

In fact, this is like Cut the Rope in reverse. Your house is leaking jelly, and you've got to attach these fuzzy little critters to ropes so they hang down and plug up the gaps.

It's got lots of ideas - you start by making the fuzzy guys dangle from ropes, but then you you'll make them roll down ropes, use pulley systems, and more. Check out the free taster if you like these snack-sized puzzlers. 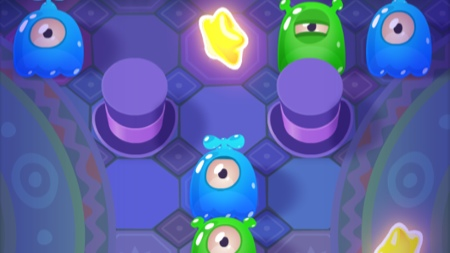 If Fix the Leaks was inspired by Cut the Rope, Link the Slug is borrowing ideas from another ZeptoLab game: Pudding Monsters. It's got a very similar presentational style, and the same one-eyed, jelly-like monster things.

The idea in this one is to tap on two slugs to cause an electrical charge to zip from one to the other, and hopefully pick up some stars along the way.

It's not as smart or as satisfying as Pudding Monsters, though, and the basic concept just isn't that much fun to play. It's also not hugely intuitive, which is a killer for this sort of game. Save your 99p and get a better puzzler. 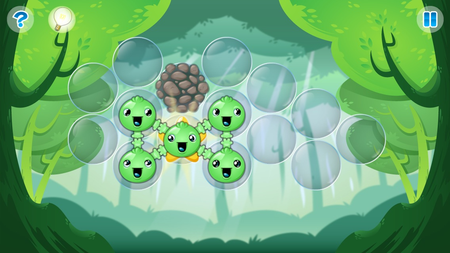 We liked the original Joining Hands - we called it, "polished, addictive, and disarmingly sweet" in our Silver Award review.

The sequel doesn't mess with the formula. You're still putting different critters next to each other on a grid to make them link hands. In fact, the opening of the game is so similar to the original that you might think you've bought the wrong one.

But you'll soon be introduced to new Peablin chums, lots of new levels, and an unlimited hint system. But if you just got the first game for free this week, as part of 10tons's launch promotion, you won't need this very similar sequel for a while.

Max Steel
By Chillingo - download on iPhone and iPad (Free) 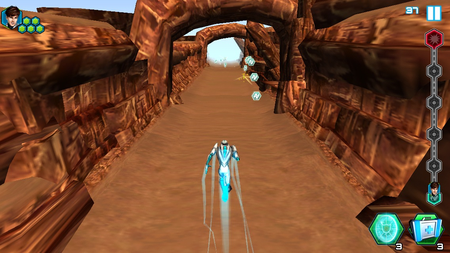 Another movie tie-in, another lifeless endless-runner. Okay, so Max Steel isn't a movie yet. He's just a toy line for now with a feature film on the way, which is doing absolutely everything out of order.

Anyway, in this dull-as-dirt Temple Run clone you leap over rocks, slide under obstacles, pick up coins, and get into gesture-driven fights with robot monsters. It's all very bland and has a dubstep soundtrack. Avoid. 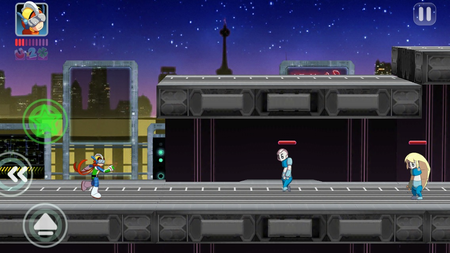 I thought Bravoman might be good. It's got a cool retro soundtrack, it's very self-aware and tongue-in-cheek, and it's apparently a well-loved comedy franchise in Japan.

But the jokes quickly end, and you're dumped into a rote and repetitive auto-runner, where you mindlessly tap on crash test dummies, avoid the most annoying enemies since Castlevania's medusa heads, and hop between platforms. I'm not impressed.