7 best Android games this week - Dawn of the Plow, Dungeon Keeper, and more

We'll level with you. It hasn't been a terrific week for new Android games. There haven't been any must-play games or massive new games released over the last seven days that will show up on our best of January list.

But that doesn't mean your 'droid phone needs to go lonely for another seven nights. 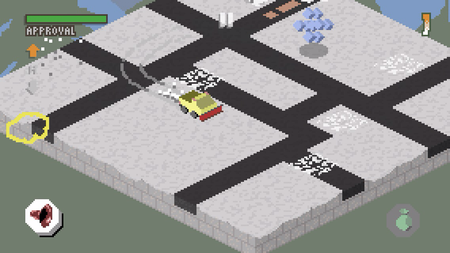 Dawn of the Plow is intended to be a small side-project from indie dev Dan FitzGerald while he's hard at work on the hotly anticipated Dog Sled Saga.

But it's a good game in its own right.

In Dawn of the Plow, you dart about an isometric highway network as you try to keep the roads clear without bashing into other cars. There's a staggeringly steep difficulty curve here, but you'll keep coming back each time you mess up.

Once you've mastered the tricky controls and have got the hang of zipping between trapped automobiles, you can boost the size of the map to increase the challenge. A perfect game for a wintery weekend.

Rogue: Beyond the Shadows
By codestalkers - buy on Android (Free) 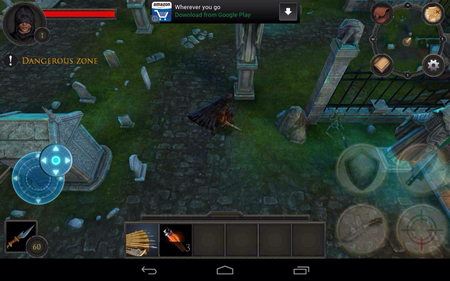 A fancy fantasy hack 'n' slash RPG. You can use magic, sneak up on enemies using the shadows, or plop down towers to help turn the tide of battle.

Developer codestalkers is also inviting avid Rogue fans to come up with custom quests. Forum users can invent missions for the game, with the best ones possibly appearing in a future update to the game. 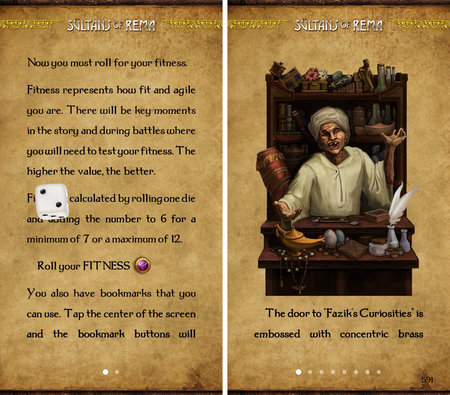 It's yet another digital Choose Your Own Adventure story. This one's got flying carpets, political intrigue, and plenty of digital dice rolling, and it serves as a direct sequel to Gamebook Adventure #3, Slaves of Rema.

Harry gave this ninth edition a Silver Award. He said: "A fast paced and entertaining adventure, once it gets going Sultans of Rema will have you on the edge of your seat."

Roll to see if you fall off the edge or not. 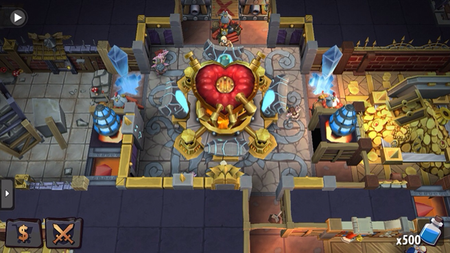 This is not the Dungeon Keeper you remember. It's not the Peter Molyneux-helmed god game from the late '90s. Instead, it's a controversial free-to-play reboot that has more in common with Clash of Clans than the Bullfrog original.

But if you can get past the wait timers and IAPs and the iffy fundamental changes to the formula, this is a nifty base-building management game that's got a lot more going on in it than the average Clans clone.

You might delete it in disgust after about four picoseconds, but it's worth a try at least. It is, after all, free-to-play. 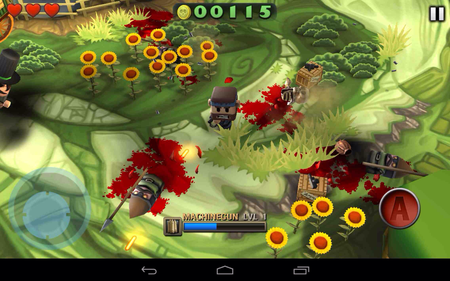 A brief and braindead twin-stick zombie blaster in which you run around and chop up the undead with various blades, blunt instruments, and firearms. It's about as deep as a paddling pool, but can still provide some fun.

We gave the iOS edition a Bronze Award way back in 2012. We said: "Full of blood and death, Minigore 2: Zombies is a brief blast of gibbet-fuelled fun."

This Android edition might taste a little differently, however, as the game is now free-to-play. 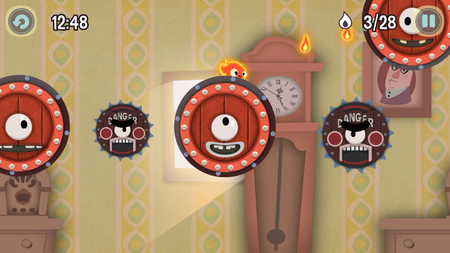 A fine one-tap platformer about a cuddly flame and his ceaseless task to burn down papercraft princesses. In most of the levels, you have to bounce between spinning wheels by tapping at the right time, or you have to avoid spikes and other obstacles.

I've run out of things to say, so I'll just start quoting numbers now. It has 80 levels! It has four worlds! It has 29 bonus levels! It has 25 Game Center achievements! I own three pairs of trousers! 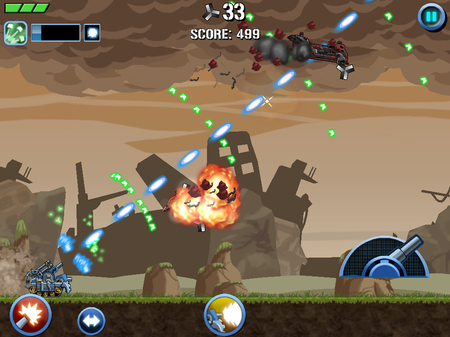 A simple game about blasting helicopters out of the sky with your laser-powered tank. As you collect scrap metal from downed opponents, you'll be able to upgrade your ride with bigger and better guns.

You'll have to fight through 100 waves of enemy reinforcements, but Gamistry's got a dynamic level generation system going on, so no two runs will ever be the same. Unless they are. But what are the odds of that?