Manifold Garden, a mind-bending puzzle/exploration game, will be available for Apple Arcade tomorrow

Manifold Garden was announced for Apple Arcade a little while ago but the announcement that it would be heading to the service tomorrow certainly came out of nowhere. It's been a real labour of love for developers William Chyr Studio, who started work on the game back in 2012.

Manifold Garden is a first-person exploration game where you'll also have to solve numerous puzzles. Its striking art-style was inspired by Dutch graphic artist Maurits Cornelis Escher, who not only had a stellar name, he was also known for his drawings of impossible architecture. In particular one print, he made that shows a world that has multiple gravities.

The mind-bending nature of this art style is reflected in the gameplay itself. Initially, you'll see the same geometric patterns stretching across the entire room. You'll have to make use of your powers to manipulate gravity so that you can gain a new perspective on the situation which will allow you to figure out how to progress. 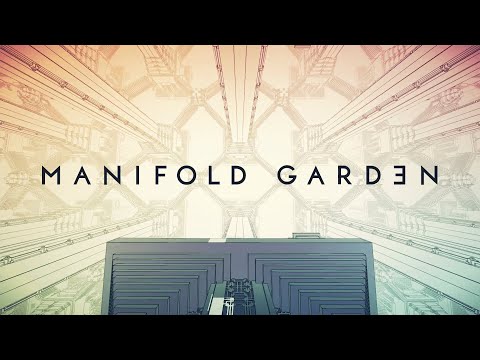 You can witness the game in action by watching the trailer above. It looks like it'll be a beautiful yet mind-boggling experience as you come to grips with the various rules of this world. Your aim in this zany location is to restore vegetation and life to the barren world that is has become.

It looks like it'll continue Apple Arcade's current tradition of bringing a strong variety of different games to its service. Sure, there's plenty of puzzle games on Apple Arcade but none of them look quite like this one.

Manifold Garden will be available as part of Apple Arcade from tomorrow. Apple Arcade costs £4.99 per month and we've got a dedicated hub for the service so you can discover more about the library of games on offer.