But some of its bolts need tightening

In this one, you can expect a vaguely steampunk tale of wonky robots; tin-can love; and sneaking back into a city of metal and bullies.

You see, you play a ramshackle little automaton who's trying to make his way back into a walled town out of which he's been thrown.

Cue plenty of head-scratching puzzles and challenges all presented without a single word of dialogue.

When we reviewed the iOS version, we said that "Machinarium is irresistible - a splendid little point-and-click adventure bolstered by a truly artful sense of character, storytelling, and world design." Which makes it sound really good. 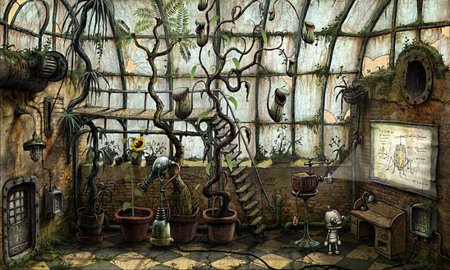 There does appear to be a problem with this new Windows Phone 8 port, though, with a large number of players reporting that the game is crashing every time they reach a specific place.

Amanita has said it's aware of the problem and that a patch to fix it should be out in a couple of days.

You shouldn't let that put you off, mind, for Machinarium is a wonderful game that deserves to be played as much as possible and by as many people as possible.

WPCentral
Next Up :
Three Kingdoms: Legends of War is officially out now on Android and iOS