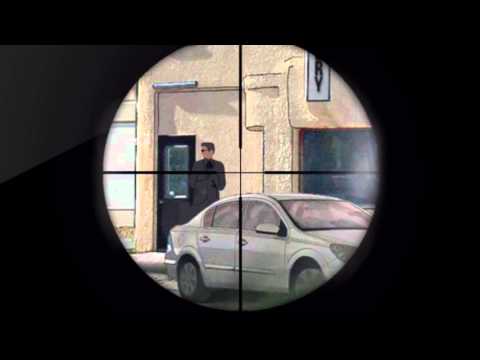 Fancy shooting a bunch of baddies in the bonce? Then you'll probably want to grab the "neo-noir sniper adventure" Lonewolf, when it hits iOS and Android on January 7th.

This game follows a mysterious assassin who "did what had to be done" to get into a criminal organisation called the Assembly.

That probably involved shooting people in the head, which is what you do in this game. You'll find targets, wait for the perfect moment, and then turn their brain into a Jackson Pollock painting.

It's got more than just sniper rifles, mind, with levels that see you blasting fools with assault rifles and pistols, bits where you drop bombs, and even Punch-Out style bare knuckle brawls.

Expect it on the App Store and Google Play on Thursday as a free download.

Lonewolf - More of a cub really

Kickstart this: Pick out your target and wait for the perfect moment to take your shot in Lonewolf