Island Delta is sort of like a shooter. But there's not that much actual shooting going on. Instead you're working your way through a series of puzzles using a gravity gun.

There are guards to get past, doors to unlock, and plenty of secrets to uncover, and it's all wrapped up in a control scheme that just about gets things spot on.

It might not be particularly violent, but it's a great experience all the same, and it'll keep you on your toes for a good few hours.

You play a pair of scientists who are trying to retrieve an AI from a diabolical villain. And to do that you need to lift things up with magical science guns. Just like real life.

You control your boffins by sliding a finger around the screen. Tap on objects and if you can pick them up with your orange glowy grav cannon, you will. 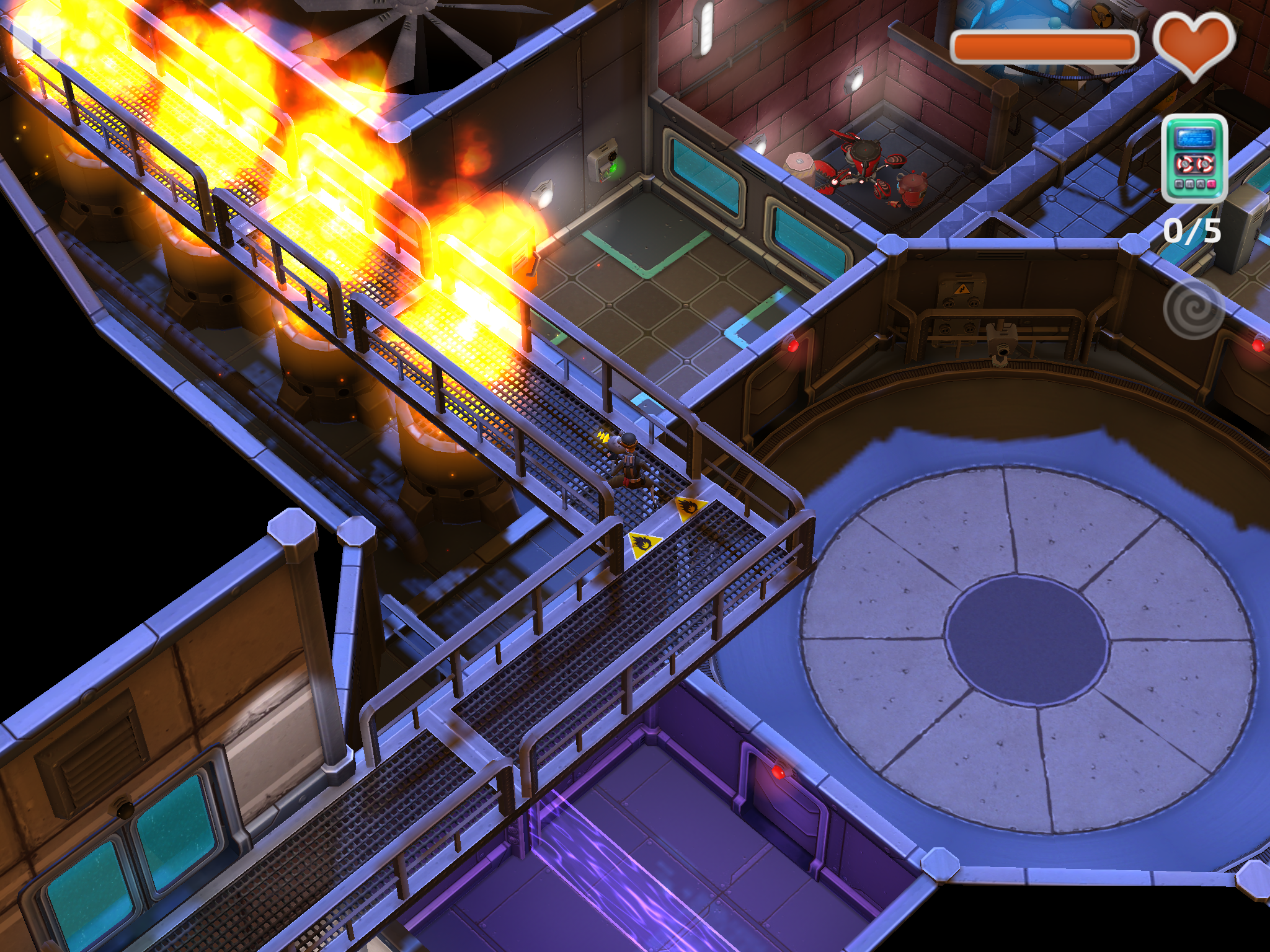 There are also buttons to press and hacking mini-games. If you can push a button or interact with an object you'll see a context-sensitive button popping up when you go near it.

The hacking games involve guiding a node to a glowing exit, avoiding red skulls as you, within a time limit. They're pretty tight, but a lot of fun.

The action bounces between the two characters, but they both play in pretty similar ways. The levels are reasonably small, but they offer up a decent amount of challenge.

You'll be plugging and unplugging batteries, moving boxes to get across gaps, and trying to figure out how to get past laser-blasting turrets. 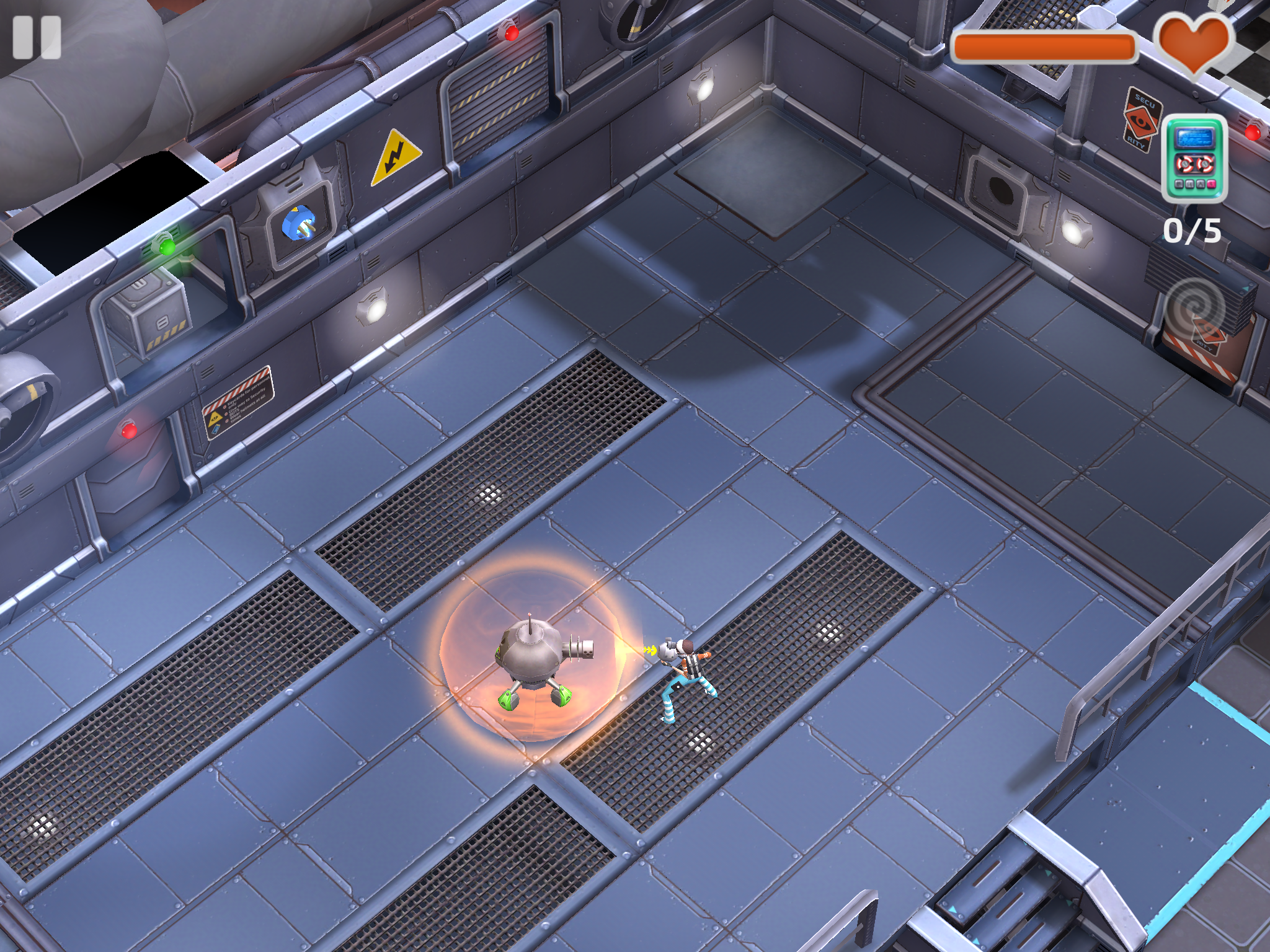 Everything moves at a decent pace, and the game adds new ideas often enough to keep you interested. The story is pretty interesting as well.

And the game looks good. The graphics aren't astounding, but there's a uniqueness to them that at least that means you don't get too bored of looking at them.

Gravity of the situation

Island Delta moves and shakes in most of the right ways. It's not revolutionary by any means, but it's an enjoyable and really well put together diversion.

And it's a nice way to round off an excellent year of mobile gaming. Give it a go, I think you'll have a lovely old time working through it over the holidays.

A solid and enjoyable puzzling sort-of-shooter that bounces along with just the right speed
Next Up :
Hero Emblems II review - "Lovely visuals and music, but match-3 combat lacks strategic depth"