Like Nazis and Stormtroopers, zombies provide our favourite guilt-free targets, especially in shooters such as Into The Dead 2.

So, in the sequel to developer PikPok’s 2012's original autorun survival game, the premise remains the same: make your way through a shadowy post-apocalypse, shooting zombies when you have the bullets, or if not, frantically dodging them with swipes as you look for the rising electric green smoke that signals an ammo dump.

It is gameplay that generates a tense yo-yoing between aggression and fear, although given the scarcity of ammunition, you’re more often dodging than firing.

Your tactics do change in the game's different modes, however. There’s an energy-gated Story mode in which you have to survive a set distance to unlock the next mission and progress the narrative.

You're a dude trying to rescue your wife and kid before the undead get them. 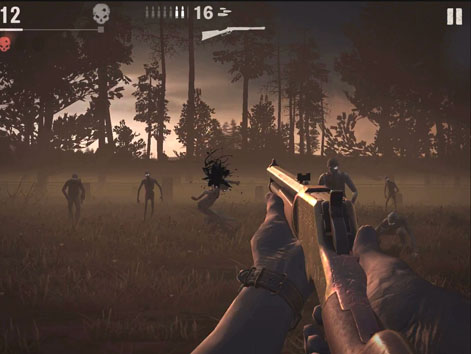 Daily and Survival, the other two modes, are endless affairs, which means you keep going until the zombies crunch and munch your body.

Indeed, one of the standout elements of Into The Dead 2 are the death sequences. It's not often I've played a game that shows my guts being ripped out of my body.

That said, you get your own back a-plenty. The first time a zombie grabs you in Story mission, if you have a knife in your inventory, you get to tap the screen and stick it into its eyeball or ear, before you're off running again. Unsurprisingly, this is a 17+ age rated game.

The zombies provide context in other ways too, notably highlighting the real stars of the game, the weapons. At launch, there's a decent set, which ranges from pistols to shotguns and assault rifles.

Each weapon needs to be unlocked and levelled up to provide its full punch, and this being a free to play experience, you collect cards to do so.

It means more exotic fare such as the sniper rifle and crossbow are purely aspirational items through the early hours of play, although the Daily mode gives you hands-on time with some of the mid-range weapons. You also get the option to buy them for $10. 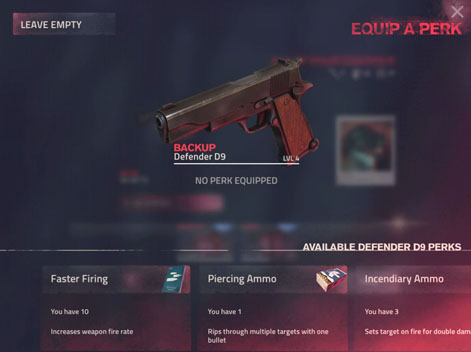 More metagame grinding is encouraged via the perk system. These are class-based consumables, which give you buffs such as more starting ammo for your pistols, faster reloads for shotguns, or incendiary or armour-piercing bullets.

As well as the previously mentioned knives, you can also throw grenades to take out zombie groups.

Rounding off your options for killing the undead are your dog companions, indestructible helpers who run alongside you, and various environmental pick-ups. You can't have a zombie shooter without a fixed machine gun section or a bloody chainsaw sequence, can you?

Into The Dead 2 offers pretty much everything you could want in a zombie shooter. Graphical pop-ups aside, it's atmospheric and looks great, it's very gory, it's got plenty of guns, solid gameplay, and the F2P monetisation is well judged.

Into The Dead 2 is a polished and gory zombie shooter, offering an abundance of kills and plenty of thrills
Next Up :
Otaku's Adventure mobile review - "A truly bizarre love triangle"