Chances are, you've probably not heard of Xiaomi - but this Chinese firm is really going places. It sells more smartphones in its native country than Apple or Samsung, and is expected to shift 60 million devices this year.

However, there's one big issue which the company is going to have to face if it has any ambitions of international fame - and that its almost pathological desire to copy everything that Apple does.

No prizes for guessing where Xiaomi's designers got the inspiration for the Mi4's appearance; those chamfered edges scream "iPhone" and the company's new Android-based OS - named MIUI 6 - is a dead ringer for iOS 7 and 8. Such imitation would usually hide a sub-par product, so is the Mi4 really worth bothering with? 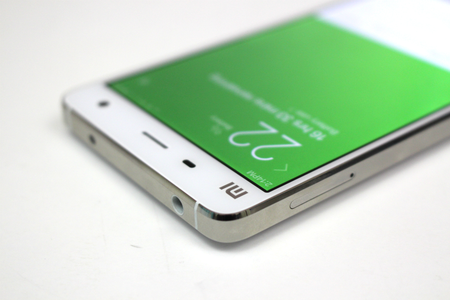 If there's one thing we've noticed from using the Mi4 is that people really think it's an iPhone. On more than one occasion during the review period we had onlookers commenting on its close resemblance to Apple's handset.

The metal edging is clearly lifted from the world-famous handset – although it should be noted that the Mi4 actually looks more similar to Samsung's recently-released Galaxy Alpha thanks to the near-identical central camera placement on the rear.

Looking past the accusations of cloning, the Mi4 is an astoundingly well-made device. The use of metal lends it a solid feel, and the rear panel - which can be removed and replaced with another backplate for customisation - is glossy but solid-feeling plastic. Compared to our daily driver, the Nexus 5, this feels like a premium experience in an entirely different league.

The Mi4 comes pre-loaded with MIUI 5, Xiaomi's own custom Android skin. However, it's easy enough to download MIUI 6, which is currently in its development phase but is perfectly stable and offers a raft of design and functionality improvements.

Based on Android 4.4.3, it's relatively up to date and boasts many elements which give it an edge over stock Android; there's a Do Not Disturb feature baked into the OS, and you can also use Bluetooth devices to disable your phone's lock screen passcode.

The key thing to remember here is that this is very much a phone made for the Chinese market, and as a result it doesn't come pre-loaded with Google apps as standard. The Mi Market is all in Chinese and you'll need a Mi Account to make use of the phone's cloud storage and music purchasing options. Thankfully getting Google apps onto the device - including the all-important Google Play Store - is totally painless, but it's worth keeping in mind that there will still be many elements left behind to remind you of the Mi4's Chinese roots. 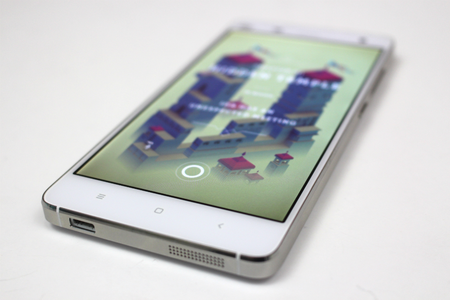 With a Snapdragon 801 chipset clocked at 2.5GHz and 3GB of RAM, it should come as no great shock to discover that the Mi4 is a bit of beast when it comes to raw power. It's one of the fastest Androids on the market right now and as a result 3D games run incredibly smoothly on it. Recent titles like Dead Trigger 2 and Asphalt 8: Airborne perform brilliantly, and that large 5-inch, full HD display provides the ideal viewing platform for your interactive pursuits.

The phone is equipped with two power modes: Performance and Balanced. Curiously, MIUI 6 defaults to the latter, meaning that although general speed is decent, it's not really pushing the handset to its limits. We'd advise you switch to Performance mode as soon as you boot up the device, as it will give a much quicker experience without having too much of a detrimental impact on your battery life.

Speaking of which, the Mi4 comes with a 3080 mAh power cell and we noticed above-average stamina, especially when compared to other recent Android flagships.

There's a 13 megapixel Sony-made snapper on the back of the Mi4, accompanied by an 8-megapixel camera on the front - perfect for those high-res selfies. Both offer quick capture times and HD video recording - the rear camera is even capable of 4K video, although this feature doesn't seem to have been enabled in MIUI 6 as yet.

MIUI 6's camera app is still in active development but even at this stage it offers a wide range of shooting modes and even some filters which can be applied before taking a shot. If you don't like the app you can install Google's own Android camera, which has the added benefit of an excellent panoramic mode. 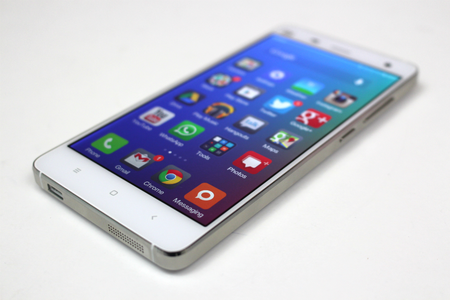 The Mi4's design - while likely to draw negative comments from Apple fans - is gorgeous. This is arguably one of the best-looking - not to mention best made - Android blowers on the market, and it manages to combine these sultry looks with incredible power. The Snapdragon 801 is a serious capable chipset, and when backed by 3GB of RAM, offers a very smooth ride indeed.

MIUI 6 is still very much a work in progress but Xiaomi sends out OTA updates on a weekly basis, so it is maturing rapidly. However, by far the most appealing aspect of the entire package has to be the asking price - in China, Xiaomi sells this device for less than £200. Ordering from resellers means you have to add around £50 to that figure, but that still makes it cheaper than the Nexus 5, which is weaker in terms of specs and has been on the market almost a year.

The single biggest shortcoming of the Mi4 is the fact that it's not a phone which is supposed to be sold outside of its native homeland. The software is very much geared towards Chinese users, and while it's possible to get all of Google's app installed, it's extra work which you may not want to be bothered with when you buy a new handset.

Another issue is the lack of 4G. The model we reviewed is 3G only, and while a 4G model is in the offing, it will cost more and may not even function outside of China. Oh, and there's no Micro SD card slot either - so you'll have to make do with the standard 16GB of storage if you buy the 3G model. 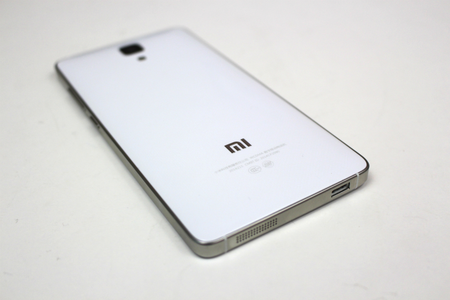 iPhone comparisons aside, the Mi4 is an amazing handset and arguably one of the best Android phones we've seen this year. The power contained within its attractive frame is considerable, and Xiaomi's MIUI skin is visually appealing and packed with interesting features.

Granted, using this phone outside of China does come with certain pitfalls, but they're hardly deal-breakers - and when you consider the price tag, the whole thing becomes even more intriguing.

Thanks to Efox Shop for supplying the unit used in this review.

It may look like an iPhone clone, but the Mi4 is one of the best Android phones we've seen in a long time, and comes with an amazing price tag
Next Up :
Alien: Isolation review - "Chestbursting fun in the palm of your hand"