LG made quite a splash when it unveiled the G5 earlier this year. The phone's unique modular design instantly set it apart from other handsets, offering the promise of a device which can be upgraded over time rather than replaced entirely.

Now the phone is here, it's time to see if this intriguing concept can possibly live up to the hype - and if LG has released a product which will allow it to outshine tenacious rivals like Samsung, HTC and Sony. 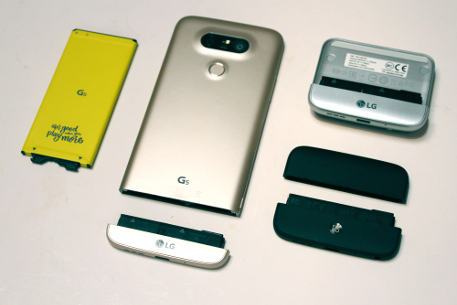 At first glance, the G5 hardly sets your pulse racing. Compared to the wacky leather-backed G4 which preceded it, the handset is altogether unremarkable looking.

It would be a real stretch to call it unattractive, but the rounded corners and largely plain back panel just make it blend in with the crowd rather than stand out.

The phone has a metal body but the primer used to cover it makes it feel like plastic when you touch it - hardly the impact LG will have been seeking, but it does at least hide those annoying plastic antenna strips.

It's only when you start messing about with that much-hyped modular mechanism that the G5's design really starts to become interesting.

A small button on the bottom-left edge of the phone releases the lower portion of the device, which slides out of the main body complete with the 2800 mAh battery attached to it.

Removing the battery requires quick a firm pull - which feels like it could cause damage but never does - and this has to be refitted to one of the two available "Friends" modules that LG has released so far before reconnecting. 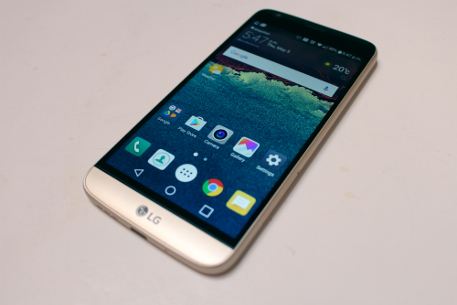 The process doesn't take long and because the phone boots very quickly - it's not like you have to endure much downtime, either. The key issue at present is that neither of the modules available are really worth spending money on.

The Cam Plus module adds a lump to the back of the phone which makes it easier to hold during photography, as well as introducing physical buttons for photo and video and a scroll wheel for controlling the zoom.

While it does make snapping on the go a little better, the bulk it adds to the G5 will make you think twice about having it attached to your phone all day long.

The 1200 mAh battery is a nice touch, though - with the Cam Plus connected you're very unlikely to run out of juice. However, at £80, it's hardly an impulse purchase.

The Hi-Fi Plus module is smaller and more likely to be a daily driver, but its usefulness is limited to all but the most demanding music consumer.

Created with assistance from Danish audio experts Bang & Olufsen, the module upgrades the G5's 24-bit DAC with a 32-bit one. This delivers striking sound, as long as the audio you're listening to is of sufficient quality, of course.

Given that the G5's existing DAC is already pretty decent it's unlikely that many buyers are going to want to stump up the additional £150 for the Hi-Fi Plus, making it a rather niche proposition.

LG hasn't confirmed any new modules for the G5 so far and it's fair to assume that unless the handset is a runaway success, we may never see any. Third party manufacturers could step in and produce their own offerings, but it's impossible to escape the feeling that this is something of a missed opportunity at present.

The most appealing element of the phone's modular configuration is the ability to remove the battery and replace it with another, which means you can carry around a spare and not have to worry about running out of juice when you're out for the day. 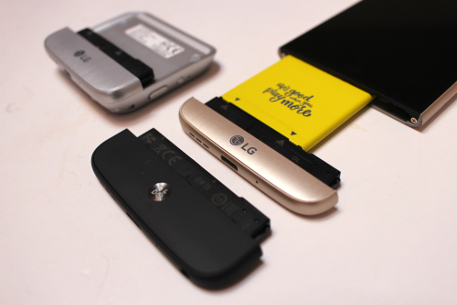 With Qualcomm's Snapdragon 820 on-board, the G5 is at the forefront of mobile processing tech - at least for the rest of 2016, anyway.

The new processor avoids the overheating problems which plagued the Snapdragon 810 and - when twinned with 4GB of RAM - offers blistering performance in practically every area.

We didn't notice any stutters or pauses during our review period, and moving around the Android 6.0-powered user interface was a buttery-smooth affair at all times.

On the back of the G5 there's a fingerprint scanner which also acts as a physical button you can press to toggle the screen on and off. 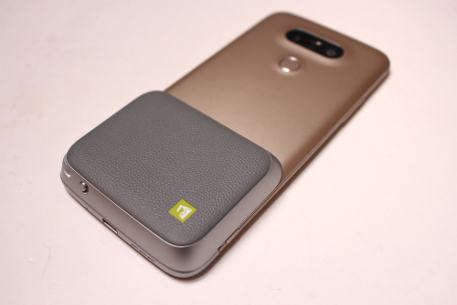 The scanner is fast and accurate, and can be used to unlock the device with just a touch - handy when you pull the G5 out of your pocket, as your finger naturally rests on the back of the device anyway.

The downside is that - like the Nexus 5X - you can't use the scanner when the phone is lying flat on a table.

A shiny new USB Type-C port is located on the bottom edge of the phone, and on the top you'll find an IR blaster which means you can use the handset as a remote control for your television. NFC is also on-board, which means that the phone can be used for making contactless payments at participating retailers.

32GB of storage is included as standard, but you can add in MicroSD cards for more space. Sadly, LG hasn't enabled Android 6.0's adoptable storage feature which allows MicroSD cards to be combined with internal memory to create a single, massive pool of storage.

While this is a shame, you can still designate the card as your default destination for photos, freeing up valuable space elsewhere on the phone.

The G5's 5.3-inch IPS screen has a resolution of 1440 x 2560 pixels, which basically means it's near-impossible to pick out individual pixels.

Compared to the Super AMOLED display of the Galaxy S7 the G5's screen lacks a bit of impact, but it's still an excellent display that offers good contrast, bold colours and plenty of definition.

Like the S7, the G5 boasts an "always on" display which shows the time and any notifications you have which require your attention. 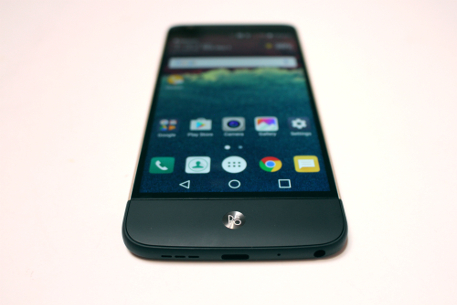 It's actually more useful than the one seen on the S7 as it shows all notification icons, and not just text messages and calls. It's just as kind on your battery, too, sipping around one percent every hour.

The G5's mono speaker is surprisingly loud and you certainly won't miss your ringer when you're in a busy environment. The aforementioned 24-bit DAC offers excellent music playback via headphones, too. 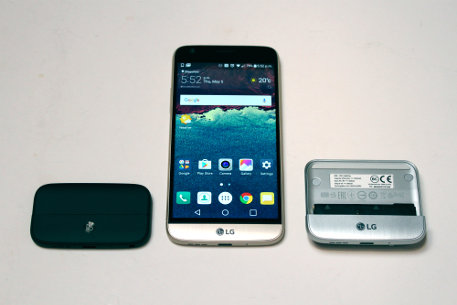 The inclusion of a Snapdragon 820 and Adreno 530 GPU means that the G5 is a formidable gaming system, even with all those pixels to push.

The large 5.3 screen also makes it ideal for titles like Hearthstone, where it pays to have as large a display as possible. If you're into more demanding 3D titles then you're in luck, too - nothing we threw at the phone gave it any issues from a performance perspective.

Benchmarks for the G5 prove what you might suspect - it's a beast of a handset. Geekbench awards it a single-core score of 2334 (just ahead of the Exynos 8890-powered Galaxy S7) while the multi-core score is 5369 (a little behind the S7).

Running 3DMark's Ice Storm Unlimited graphical test on LG's flagship delivers a score of 28639, which places the device in the upper tier of performance.

The G5 is sure to remain one of the most powerful phones money can buy for most of this year. 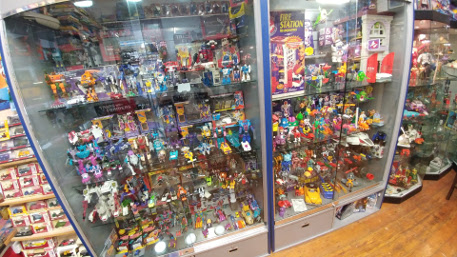 While the G5's modular design might be its biggest selling-point, its dual-camera setup is arguably more interesting.

A powerful 16 megapixel camera sits alongside a wide-angle 8 megapixel snapper, the latter of which can take in more info that the human eye can see. 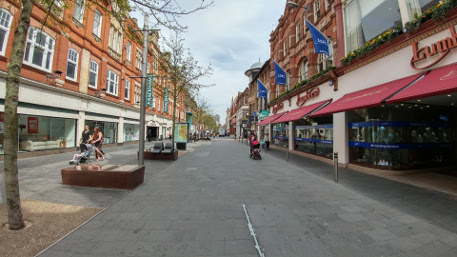 As a result images are packed with detail and look a lot more dramatic - it's the kind of feature we will no doubt see adopted by many other phone makers, and is the G5's ace in the hole. 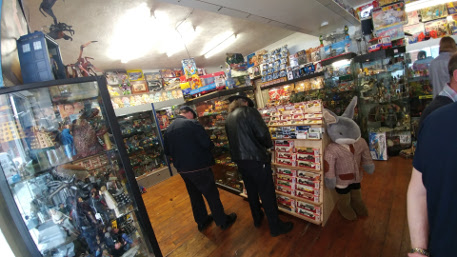 While LG's modular gamble doesn't quite pay off, you have to take your hat off to the South Korean company for trying something different, and with a little more work the concept could prove to be a success in the future.

For the time being the feature is perhaps most useful when it comes to swapping out your battery - a selling-point which no other Android flagship can match this year - but there's always the chance that more modules will appear which bolster the device's functionality. 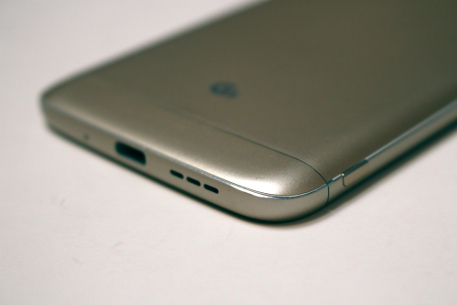 When it comes to processing power the G5 is one of the most adept handsets money can buy at this present moment in time, and the inclusion of a wide-angle camera makes the phone a photographer's dream come true.

The handset runs on Android 6.0 so you benefit from features such as the battery-saving Doze, and expandable storage options give you the chance to free up space.

It's just a shame that all of this is placed inside such a plain and uninspiring design.

While it's not a complete success, the G5 is still a likeable phone with plenty of unique features which set it apart from its rivals - rivals which are starting to look very much the same as each other.

There's something to be said for standing out from the crowd, and for that alone, LG deserves some credit.

Thanks to Mobile Fun for supplying the LG G5 and accessories used in this review.

The modular design doesn't quite pay off but the G5's superb internal tech and excellent wide-angle camera mean that it's still worth checking out alongside 2016's best handsets
Next Up :
Tightrope Theatre review - "Failure is very much an option"