Our critical appraisal of the FC-16 Go SNES Portable couldn’t have come at a more fortuitous time: having just experienced the gargantuan proportions of Nintendo’s bulked-up DS XL, the sizable girth of Yobo’s portable SNES clone doesn’t seem too overwhelming.

Despite this, there’s no denying that this Far Eastern gadget is something of a porker. Measuring 7-inches wide by 4-inches long and 2-inches tall, it’s hardly the kind of machine you can store in your trouser pocket, unless you’re lucky enough to have a pair of MC Hammer’s cast-offs in your wardrobe.

Like the GenMobile before it, this machine has been constructed with the sole intent of allowing users to play the many original SNES cartridges they may have stashed away in their dusty lofts or cupboards.

Unlike the GenMobile, however, this isn’t officially endorsed by Nintendo: complex patent laws permit consoles such as the FC-16 Go to exist but you can bet that The Big N is less than pleased about it.

The flip-lid design is an obvious nod to the DS, but it’s a welcome feature as it ensures the 3.5 inch LCD display is protected from bumps and knocks when you’re carrying the console around - presumably in a wheelbarrow. 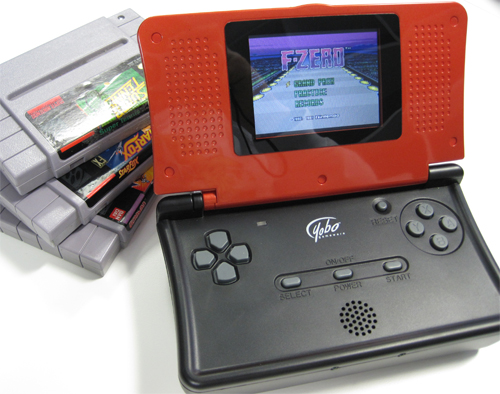 Speaking of the screen, it’s exactly the sort of quality you’d expect to find on a device that costs less then a full-price PS3 or 360 game. Colours are slightly washed-out and the clarity is a tad on the muddy side, but there’s hardly any ghosting to speak of and the brightness is acceptable.

The build-quality tells a similar story: while the FC-16 Go is sturdy enough, the plastic feels cheap (because it is) and the buttons are a little iffy - especially the L and R shoulder triggers, which are located on the corners of the unit and can prove difficult to access during play.

It’s not a massive problem, but the D-pad feels too big and rests a little too deeply in the casing: for vertical and horizontal directions it’s great, but hitting diagonals can prove frustratingly difficult.

Over time you can learn to adapt to these controls and Sony fans will be at an advantage because the D-pad is an almost exact clone of the one found on the PlayStation range of consoles. 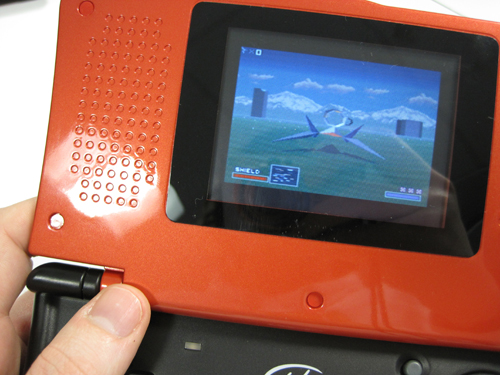 You might assume that FC-16 Go’s astonishing immensity may be in part caused by the need to utilise AA batteries, but this machine breaks that dubious trend by coming with a small rechargeable power pack, not much larger than one you might find in a traditional mobile phone.

The bundled AC adapter not only powers the machine but allows you to charge the battery once it’s inserted into the console. However, it’s intended for the North American market, so you may need to invest in an additional step-down converter, depending on where you are in the world.

Unusually for a device produced in the Far East, the FC-16 Go will only play North American SNES games out of the box - Japanese and European carts will not fit into the cartridge port without some minor modification being done on the internals of the machine.

This is because when Nintendo launched its 16-bit wonder back in the early ‘90s it decided to remodel the console for the American market. The resultant machine showcased a hideously boxy look which was a definite step backwards when compared to the smooth and attractive lines of the Japanese original.

Thankfully, European gamers would be spared this monstrosity, but to prevent us flying off on too sharp a tangent let’s just say that all of this backstory essentially means that North American SNES cartridges are shaped differently to their Japanese and European counterparts - hence the FC-16 Go’s incompatibility. 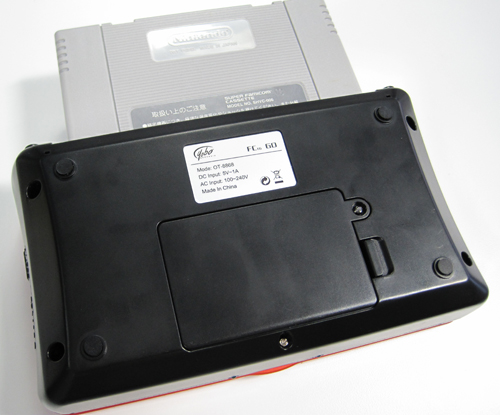 Being the brave souls that we are here at Pocket Gamer, we opened up our FC-16 Go and remove the pesky plastic tabs that prevent anything other than American games from being inserted.

With this relatively painless modification complete, we’re now able to play games from any region, which naturally makes the console infinitely more appealing - although it goes without saying that we accept no responsibility for trashed consoles if you choose to follow our lead and attempt the same process.

While no clone machine can offer 100 per cent compatibility with all SNES games, the FC-16 Go seems to perform better than most.

It plays Starfox (or Starwing if you wish to refer to it by its European moniker) without any issues and the same can be said of all the games we tested on the unit. It even accepts the Super Game Boy accessory which allows you to play Game Boy games on the unit. 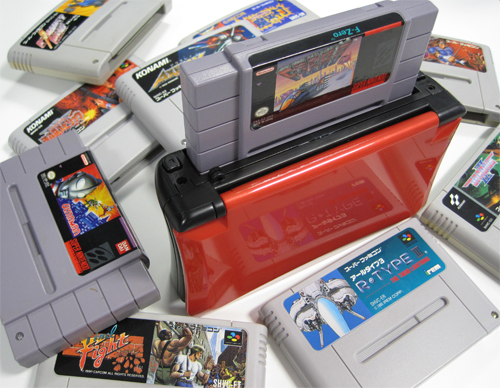 As well as allowing you to play SNES games when you’re away from home, the FC-16 Go is also capable of interfacing with your TV set via a composite connection to get that authentic home console feel.

Two wireless pads - powered by AAA batteries and packing good old-fashioned RF technology - allow you to indulge in some welcome multiplayer action (even after all these years, Super Tennis remains the best simulation of the sport ever committed to digital form, in our humble opinion).

Ironically, these cheap-looking pads actually offer a superior degree of control than the FC-16 Go’s onboard equivalent, and the fact that they’re wireless means you can sit back in comfort on your sofa without having to worry about tangled wires.

Like so many of these cheap clone machines the FC-16 Go is something of a curiosity. The huge dimensions of the console are unquestionably a little off-putting and the cheap nature of the materials used in its manufacture mean it’s not going to look all that great when sat alongside your £150 DS XL or £200+ PSPgo, but that’s missing the point.

This device retails for around £30 - plus shipping from the US - which puts it very much in the realms of “impulse purchase” territory.

Given the generally inexpensive nature of second-hand SNES cartridges these days (ultra-rare games notwithstanding, of course) it’s possible to build up a pretty decent library of games for little cash, and there’s an undeniable buzz to playing the original cartridges as well, even if they’re the very antithesis of portable. 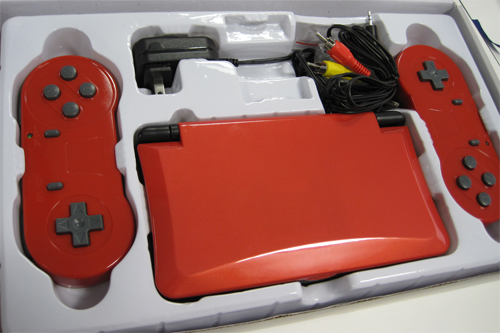 While it’s not perfect, the FC16 Go should nevertheless appeal to hardcore retro fans and dedicated Nintendo addicts. If, like us, you happen to have a stack of old SNES titles lying around gathering dust then this is a good way of unlocking the enjoyment contained within those aging pieces of silicon.

The FC-16 Go may be afflicted with the usual weaknesses of cheaply produced, unlicensed console clones but there’s no denying its intrinsic appeal to retro-gaming aficionados, and the ability to hook it up to your TV is a massive plus
Next Up :
Nacon MG-X Pro Mobile Controller review - "A practically perfect mobile gaming controller"