To the dismay of some, Apple’s latest iPhone offering doesn’t boast a radical new redesign, and instead adopts the same style as its predecessor - the iPhone 4.

That means you’ll be getting the same 3.5-inch multi-touch Retina display, the same 960x640 resolution, and the same 800:1 contrast ratio that made the iPhone 4’s screen so impressive. The 4S also keeps the fingerprint-resistant oleophobic glass coating for both its front and back.

On top there’s a ‘lock’ button and a 3.5mm headphone jack, with a 30-pin dock connector, a speaker, and a mic housed in the bottom. There’s a front-facing camera situated just next to the ear speaker on the face of the phone, and another to the rear of the device. The latter of the two features its own LED flash.

The only noticeable difference to the outside of the iPhone 4S is its slightly redesigned antenna, which means the familiar volume buttons and ‘silent mode’ switch are in slightly different positions. This can cause problems with a number of cases designed for Apple’s former model.

The lack of major changes means that the iPhone 4S maintains its predecessor's 115.2mm height, 58.6mm width, and its 9.33 mm depth. It does, however, weigh-in at three grams heavier, which isn't apparent when you hold it.

Although there have been several moans and groans about the lack of a new design, the rounded edges, sleek look, and sturdy feel are still impressive. Apple’s new model is still one of the best-looking phones out there.

Despite the lack of changes to the outside of the 4S, the inside has seen an overhaul. Apple’s new iPhone packs the same dual-core A5 processor found in the iPad 2, which is based on ARM’s Cortex A9 chip.

According to Apple, this gives you double the speed and seven times the graphical grunt.

We don’t know about that, but it does make loading web pages, opening games, switching between apps, and taking photos a lot snappier than its predecessor. The 4S’s RAM - although not officially confirmed - is believed to be 512MB - the same as the iPhone 4.

For the first time ever, you can buy Apple’s iPhone in a 64GB variety, which accompanies the more familiar 16GB and 32GB models. While average users aren’t likely to reach this cap with some songs, the odd podcast, and a few photos of their dog, heavy gamers and HD video lovers probably will.

Unfortunately, its standby time is down from 300 hours to around 200, with only nine hours - not ten - of wi-fi browsing. While it’s hard to verify these numbers, a day of very light gaming, occasional Facebook checking, and the odd Tweet left us with just under half of our juice. 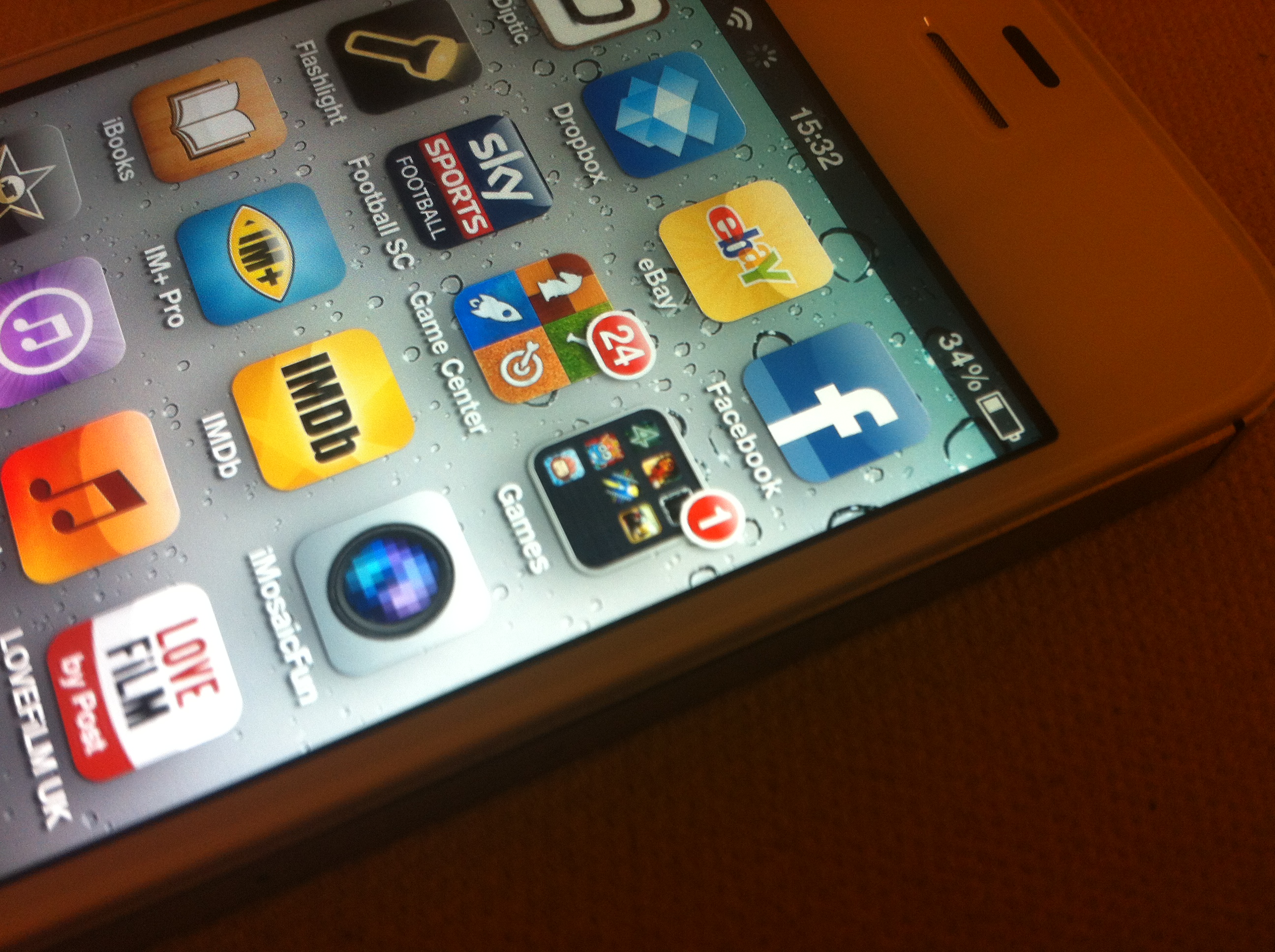 The iPhone 4S’s rear-facing camera is one of the biggest improvements over its predecessor, which housed a middle-of-the-road 5MP snapper. Apple’s latest gadget instead packs in an impressive - but not market-leading - 8MP camera and all-new optics.

For example, there’s a brand-new custom lens for sharper photos, a larger f/2.4 aperture that allows more light to enter, an advanced infrared filter, and an improved backside illumination sensor.

These lead to some genuinely great photographs, which are marginally better than the iPhone 4 was capable of producing. Colours appear more natural and shots seem brighter.

When it comes to software, you can still tap your screen to focus on a specific object, tap the top-left of the screen to toggle flash, hit the on-screen ‘options’ button to turn HDR on and off, and switch between the device’s front and back cameras via the top-left.

A button at the bottom-left of the screen lets you view your ‘camera roll’, the centre button snaps a shot, and the bottom-right flicks between still and motion capture. No change there, then.

Sticking with motion capture, the rear-facing camera is now capable of shooting video in 1080p at 30 frames per second, which is a noticeable improvement over the previous 720p. The front-facing camera is unchanged and pumps out VGA quality images and video.

The iPhone 4’s revolutionary antenna design led to many complications, specifically the ‘death grip’, where gripping the phone in your left hand and covering the antenna would lead to your device losing its signal.

Thankfully, Apple’s minor antenna redesign seems to have squashed this issue, with no amount of gripping, clutching, and clasping replicating the issue.

A new feature of the 4S is its status as a ‘world phone’, which means it can connect to all GSM and CDMA networks around the world. It can also “intelligently switch between two antennas to receive and send”, which is said to lead to faster data speeds.

The same 802.11n wi-fi is back from the previous iPhone model, but Bluetooth is now at 4.0 rather than 2.1. Bluetooth 4.0 offers a lower power consumption and a better range. 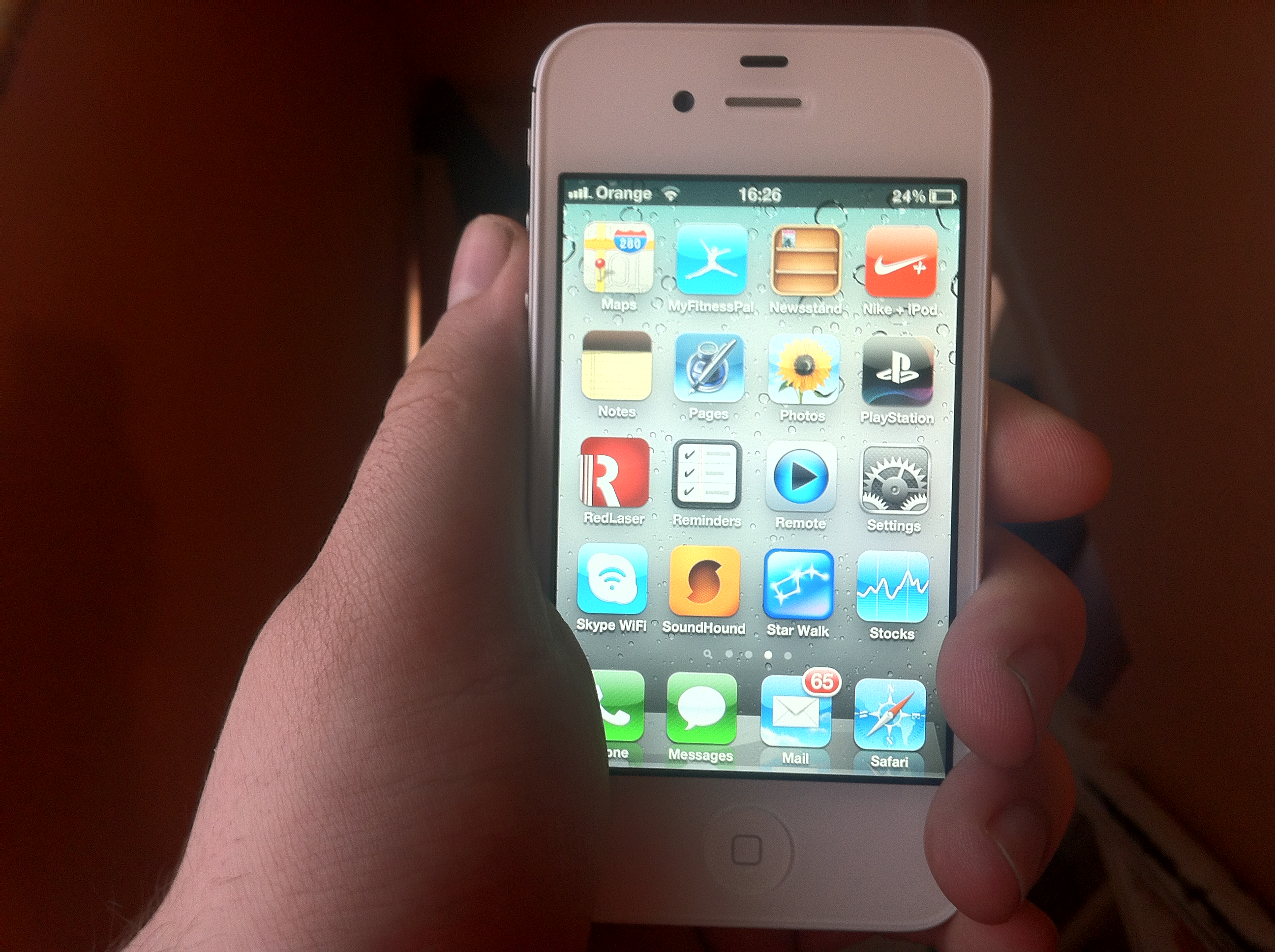 Get your game on

From a gamer’s perspective, the iPhone 4S offers numerous improvements. Graphically intensive games, such as Infinity Blade and Real Racing 2 - which occasionally jitter on the iPhone 4 - run smoothly and without any hitches.

The purported seven times graphical grunt will also be evident in upcoming titles like the tenth anniversary remake of PS2 hit Grand Theft Auto III, which will initially only be playable on the 4S and iPad 2. Games also download from the App Store that little bit quicker, so you can get straight into the action.

Naturally, the accelerometer and gyroscope are both back, meaning you can tilt your device, spin around in your chair, and shake your iPhone silly to register your motion in compatible games.

Although the iPhone 4S doesn’t represent the product line’s biggest technological leap, it still manages to address some of the most outdated and flawed areas of its predecessor.

While it’s not an essential purchase for anyone with an iPhone 4, the 4S is still a smartphone to be reckoned with. Especially when you factor in iOS 5, iCloud, and the App Store.

Next Up :
Netflix Oxenfree review - "Reading the signals of a thriller story"