The HTC One X is a hard act to follow, but it hasn't stopped HTC producing more than another One handset. With the huge 4.7-inch display on the One X, the One S is for people who want something a little bit smaller in their pockets.

It's still a very decent resolution, and given the smaller screen size (4.3-inches) you'll still find it hard to make out the pixels, even with a pixel-per-inch density of 256.

Instead of an LCD display, the One S uses a Super AMOLED screen with a PenTile matrix. Looking at it closely, you can see some fuzziness around text, but images are clear and have a significantly higher contrast ratio than the One X.

On a particularly bright day you can still see the screen outdoors, but not as well you might an LCD with its brightness set to maximum. 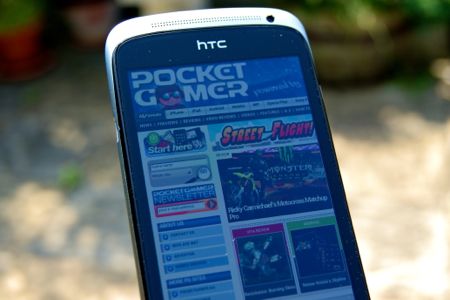 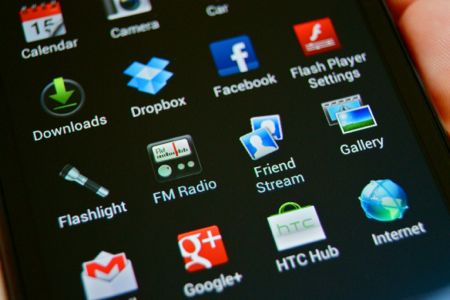 Whereas One X has a five-core Tegra 3 chipset, the One S runs on Qualcomm's S4 dual-core processor. You might expect this to lead to a significant drop in performance, but despite the loss of cores the One S is really not far behind the One X at all.

In fact, the S4 processor can be found in the 4G/LTE version of the One X in the US, as well as the American Samsung Galaxy S III.

For normal operation, I found it hard to see any signs of slowing down or lagging, although some of the effects of HTC Sense have been disabled, like the 3D scrolling between different app views. The home screens still have the same effect, so it's not very clear how HTC chose what to keep and what to drop.

In any case, fancy animated transitions are hardly essential to the normal use of a phone, but if you feel like you're missing out you'll need to stump up the extra cash for the One X. 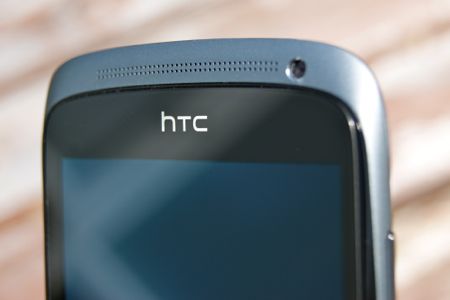 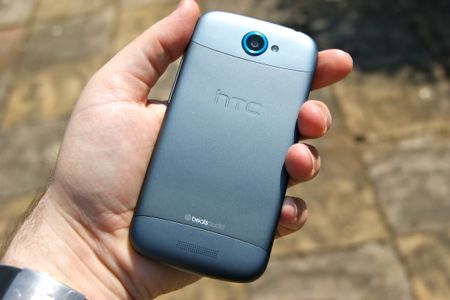 Unlike the One X, which comes with a polycarbonate (plastic) casing, the One S uses the metal shell that has adorned many HTC models in the past.

This makes the phone feel nicely weighted (despite it actually being 10g lighter than the One X) and solid enough to cope with daily life. This doesn't extend to being dropped onto a rough surface like concrete, however, as it will still scratch.

With the combination of Android 4 (Ice Cream Sandwich) and the latest version of HTC's Sense user interface, all of the great features of the One X are present here. Even the camera on the back is the same 8-megapixel resolution, accompanied by all of the same HTC features that greatly enhance the camera functionality. 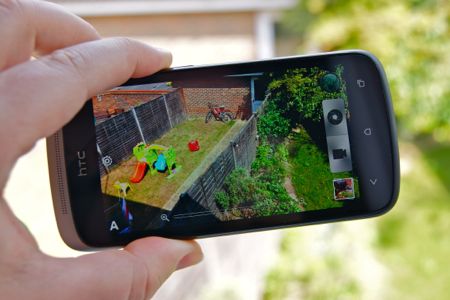 This includes being able to record a 1920x1080 HD video while tapping the shutter button to take stills at the same time.

There's also a burst mode, panoramic mode, and a range of Instagram-style picture effects, as well as more practical ones like HDR - which takes the same photo with different exposure levels, combining them to produce a more balanced photo.

You'll need to stand still to allow all of the shots captured to be identical, or else you might find a slightly blurred result.

As with the One X, the decision by HTC to remove the menu button and replace it with a 'recent apps' key does slightly affect the usability. Some apps don't show a menu icon, relying on the use of a menu key. Without this, the operating system inserts one of its own at the bottom of the screen.

This results in a huge black bar for one rather lost looking icon in the middle. It looks silly and can't be fixed without the developer modifying the app to match the new user interface guidelines set by Google.

Both Samsung and Sony have opted to keep a standard menu button, which works better than a key performing a function you probably won't use very often. As apps are updated, the problem will become less of an issue - but it could take a while. 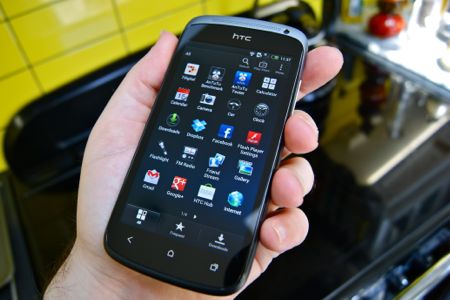 HTC has also reduced the size of the battery from the One X, although it's a fairly minimal drop of 150mAh, bringing it down to 1,650mAh. There's 16GB of non-expandable storage and the battery is fixed, as appears to be a growing trend in the industry. The NFC support of the One X is also lacking here.

For outputting to an HDTV you have a MHL port that takes a standard micro-USB cable or a lead to connect to a TV. On many new televisions you can also charge the phone when it's connected. For those who don't, you'll need to make sure the battery is topped up before sitting down for some big-screen movie watching.

For just about everything else, such as the many cool features of HTC's Sense UI, it's every bit the same as the One X and our HTC One X review will give you a full account of the cool things added on top of the native Ice Cream Sandwich OS.

But all you probably need to know is whether the One S is a better buy than the One X or not.

There's so little difference in terms of performance that unless you really want to enjoy a collection of games written exclusively for Tegra chipset devices you'll be able to choose either phone and not be disappointed.

Besides the absence of NFC, most people can safely make a choice based on how big they want the phone to be. The One S is arguably more practical for most people, and more affordable too. 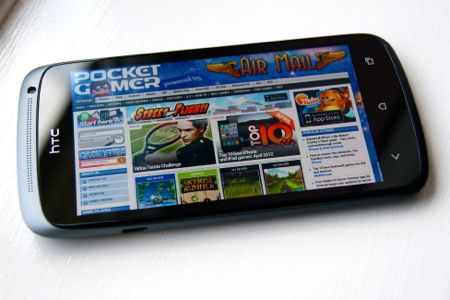 If you're really on the look out for something a lot cheaper, HTC also has the One V to consider. This is much further down the Android smartphone tree, with an even lower resolution display and just 5-megapixels from the camera. It could be a step too far in the wrong direction for anyone wanting a range of cutting edge features.

The One S does lack a few features of the One X, so if you don't mind the larger size it's probably worth jumping up a level. However, if you really can't imagine yourself with a phone that big, the One S comes a very close second. 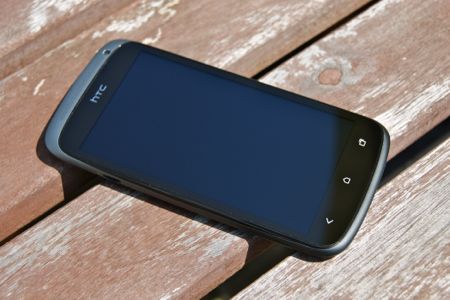 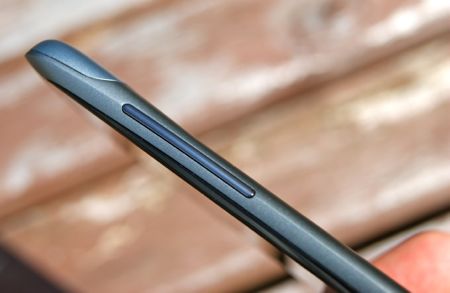 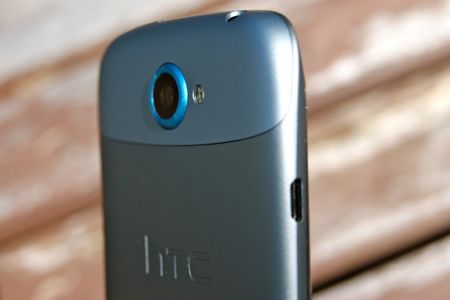 If I needed any help proving the point that anything more than two cores is bordering on overkill, the One S proves it. Barely any slower than the One X, the One S might be the more practical size might make this more popular that its flagship - although it does have a few things missing to keep the One X slightly on top
Next Up :
Honor 50 review - "Great for social media fans, and a strong show from Honor"