What makes a good puzzle game? A clever core mechanic, expanded and iterated upon, like in RYB? A compelling overall package that ties the whole game together, such as Device 6?

A unique aesthetic and direction that ties presentation with mechanics, as seen in The Witness?

A good puzzler can excel in myriad ways, and yet Gorogoa succeeds in all of those variables, delivering an engaging experience that intrigues and surprises through its elegant design.

Playing Gorogoa feels like playing through a fairytale, an adventure that begins with a young boy seeing a mysterious creature outside and embarking on a quest.

That simple seed of a story blossoms with folklore whimsy and logic, taking the player and the boy through doorways and windows into other worlds.

At a glance, Gorogoa may seem similar to the panel shifting gameplay of Framed, and while that is certainly the closest comparison, Gorogoa's mechanics are much more complex.

Gorogoa divides your screen into four panels, each of which can contain an illustration. Drag on the border of an illustration, and often you'll drag away a layer atop a new world, changing the panel's context entirely.

The hands of a clock may become a compass resting on a table, or a painting on a wall might become a garden statue. 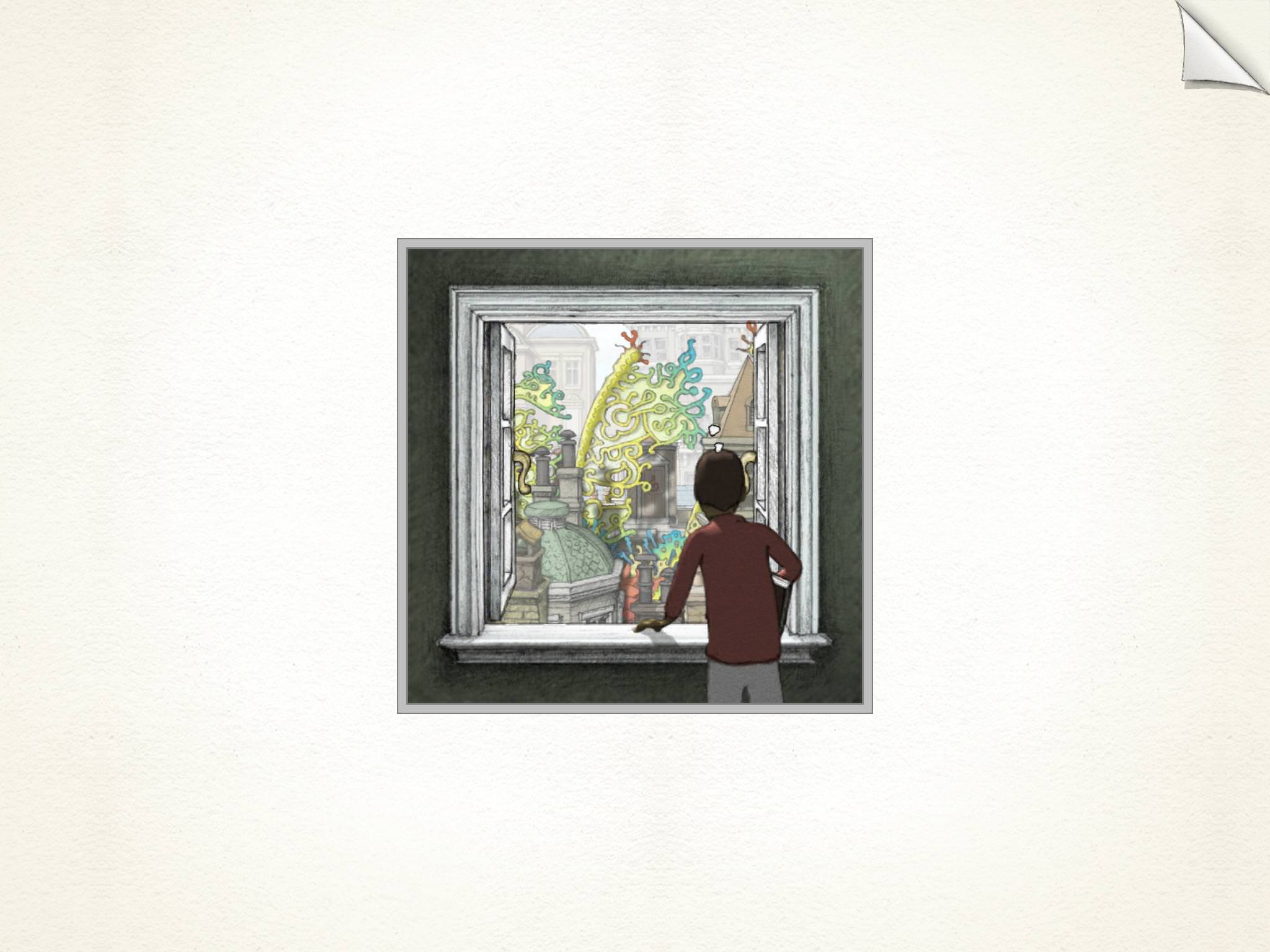 This constant manipulation of perspective and context imbues Gorogoa with a sense of playful discovery.

Even if the puzzles weren't clever, and they are, simply seeing how these detailed illustrations shift and change through your actions, discovering the other worlds behind the mundane, never ceases to be satisfying.

However, a puzzle game's foundation is its puzzles, and Gorogoa doesn't disappoint in that department. In adventure game fashion, progress hinges on combining and manipulating items to continue the boy's journey, but in Gorogoa, those items are context and perspective.

Early in the game, layering the image of rooftop doorway over the boy standing in a closet lets him step between settings and onto the rooftop. 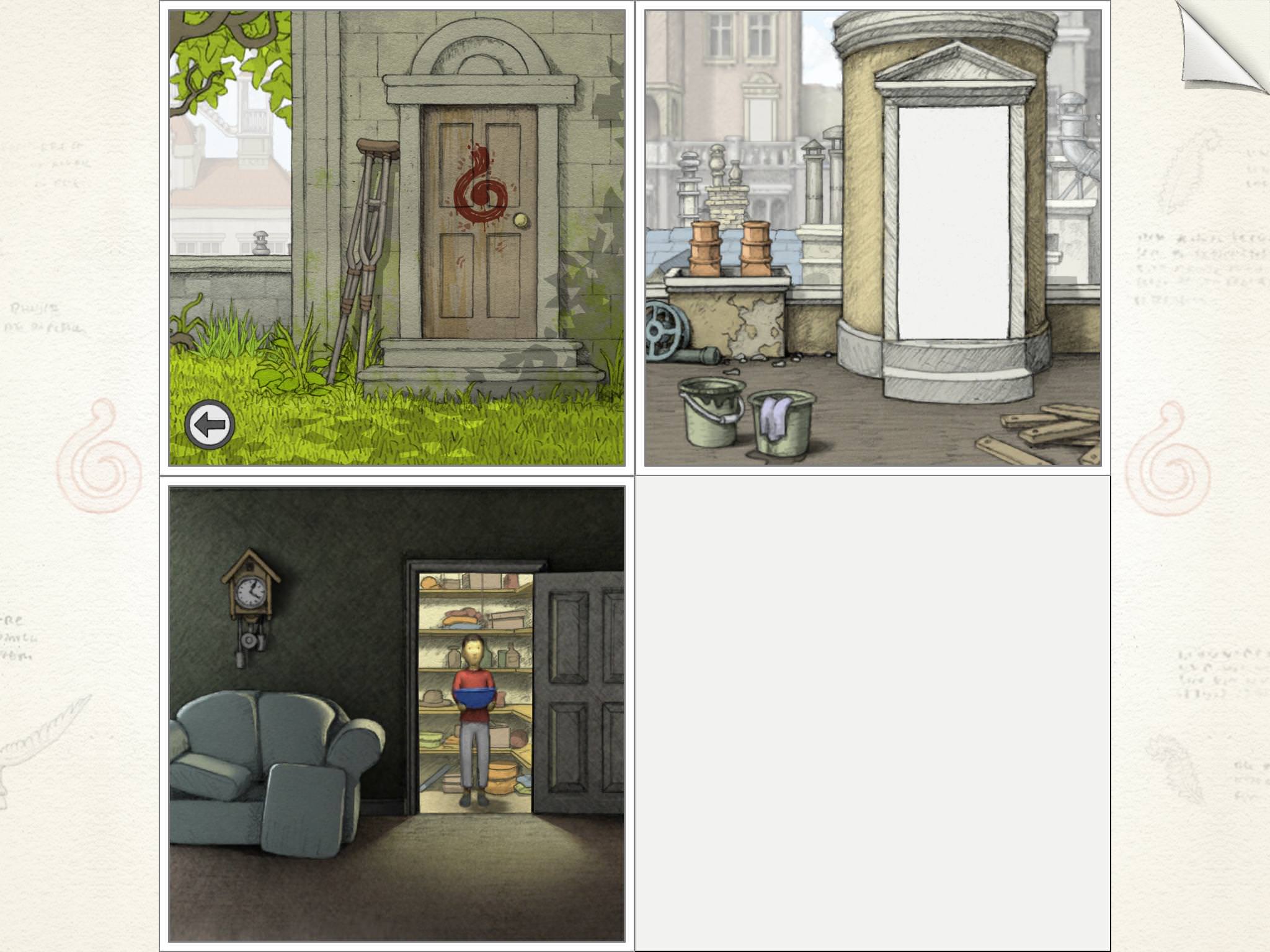 By layering panels over other panels, seemingly disparate elements can suddenly interact and blend together in wonderfully clever ways.

At its best, Gorogoa is a game of making the impossible happen through changing the context of different panels into a combined whole.

It's a game about those times where you realise what the game wants you to do and pause for a moment to appreciate how ingenious and varied such a simple mechanic can be.

At its worst, Gorogoa is a game about finding the exact sequence and positioning of panels needed to progress. While there's an option to highlight interactive items, there are no hints or similar help here.

Getting stuck on a section can mean tapping and sifting through multiple tiles and layers to find the means of moving forward.

Gorogoa is a short experience. That brevity - around two hours - isn't a flaw though, but a sign of polish. This is the kind of game where length is matter of meticulous craft and construction, rather than a lack of content. However, its ending may seem abrupt, even if the length feels appropriate.

Gorogoa is probably unlike any game you've ever played. Mechanically, it may rest firmly in the adventure game genre, but playing Gorogoa couldn't be further from that genre's typical design.

Playing Gorogoa is like flipping through an illustrated puzzle box, each layer removed revealing something new and wonderful beneath.

Gorogoa's thousands of illustrations coalesce into a cleverly designed puzzler that's as compelling to play as it is to watch
Next Up :
Netflix Oxenfree review - "Reading the signals of a thriller story"