Toho Games has launched its fighting strategy game Godzilla Battle Line for iOS and Android devices after the number of pre-registrations hit 250,000.

The initial announcement of Godzilla Battle Line came in the form of three mobile games Toho was releasing to coincide with the recent release of Godzilla vs. Kong in cinemas. The first was Run Godzilla, a game where you raise kaiju and train them before sending them out into the world. The second was Godzilla Destruction, where you play as the King of the Monsters himself and level cities on your path of destruction.

Godzilla Battle Line is the final game from this deal. It’s a game where you form your own team of violent monsters and head into battle to fight other kaiju. This includes the likes of Godzilla, King Ghidorah, Rodan, Biollante, Mechagodzilla and Mothra, and the game also includes little bits of lore that allows you to learn the history behind these characters. 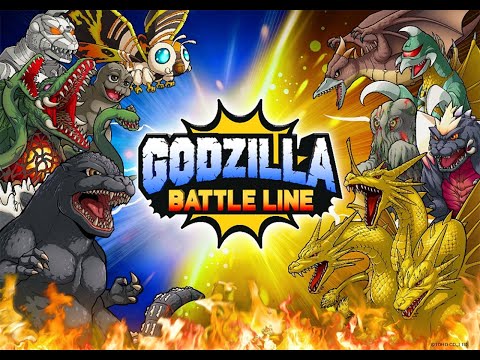 Not only was this game developed as part of a promotional campaign for Godzilla vs. Kong, but it is also being released alongside the upcoming anime TV series Godzilla Singular Point which hits Netflix on 24th June.

To celebrate that, Godzilla Battle Line will be holding an in-game collaboration event split into two parts. Part 1 includes Godzilla Terrestris appearing as a playable monster who can evolve mid-battle into Godzilla Ultima.

Information about Part 2 of the collab event, on the other hand, will be revealed later.

You can download Godzilla Battle Line now from the iOS App Store and the Google Play for Android store where it is a free to play title with adverts and in-app purchases.

If you enjoy playing simulation games on your mobile phone, be sure to check out some of our favourite ones in this list Jupiter has written.
Next Up :
Daily Dadish lets you try and save your missing radish kids one day at a time, out now on mobile