Frontline: Road to Moscow is an upcoming historical strategy battler set in World War 2 for iPad and iPhone

Frontline: Road to Moscow is Slitherine Software's next historical war game, and according to a post by the dev on the Touch Arcade forums, it's set to hit the App Store in the next couple of weeks.

The game is set on the Eastern Front of World War 2 and sees you commanding the German army through some of the most famous, or infamous, scraps of the war. You're on the road to Moscow, basically.

There are 30 different battle scenarios to play through, each inspired by encounters that actually occurred between 1941 and 1944.

You'll be fighting land, air, and sea battles with a huge number of different units at your disposal that upgrade as you bash your way through the Russian lines. 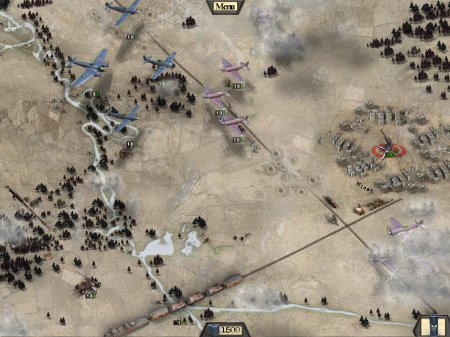 The maps are covered in real terrain that changes the ebb and flow of the battle, and there are a variety of strategic options that open up as you play.

Frontline: Road to Moscow certainly has an interesting look, and it looks like its simple but effective UI fits nicely onto touchscreen devices.

The game is off with Apple for approval at the moment, and should be out for iPads and iPhones in a couple of weeks.

If you're a fan of historical explosions and accurate depictions of planes and tanks, this could well be one to keep an eye on.

We'll let you know when we've got a concrete release date, and when we find out how much the game is going to cost.