Like its predecessors, Five Nights at Freddy's 3 is completely and utterly terrifying and has all the secrets, hidden references, and Easter eggs that you've come to expect from the franchise.

Where it differs, though, is in the obscurity of its mechanics. If this is your first Five Nights at Freddy's game, there's a good chance you'll spend the first couple of hours lost and confused, wondering just what it is you're supposed to be doing.

Not to worry - Pocket Gamer is here to help you, not only survive your five nights at Freddy's, but to discover some of its secrets as well.

Use the 'play audio' button to lure Springtrap into an adjacent camera screen. This is your best method of keeping him away from you.

If you lose track of the terrifying bunny on the cameras, though, look away from the feeds. He can sneak up on you a lot faster during the last few nights and may be peering at you through the window or door. If so, don't panic. Simply lure him back into the adjacent room on the camera feeds. Do it quickly. 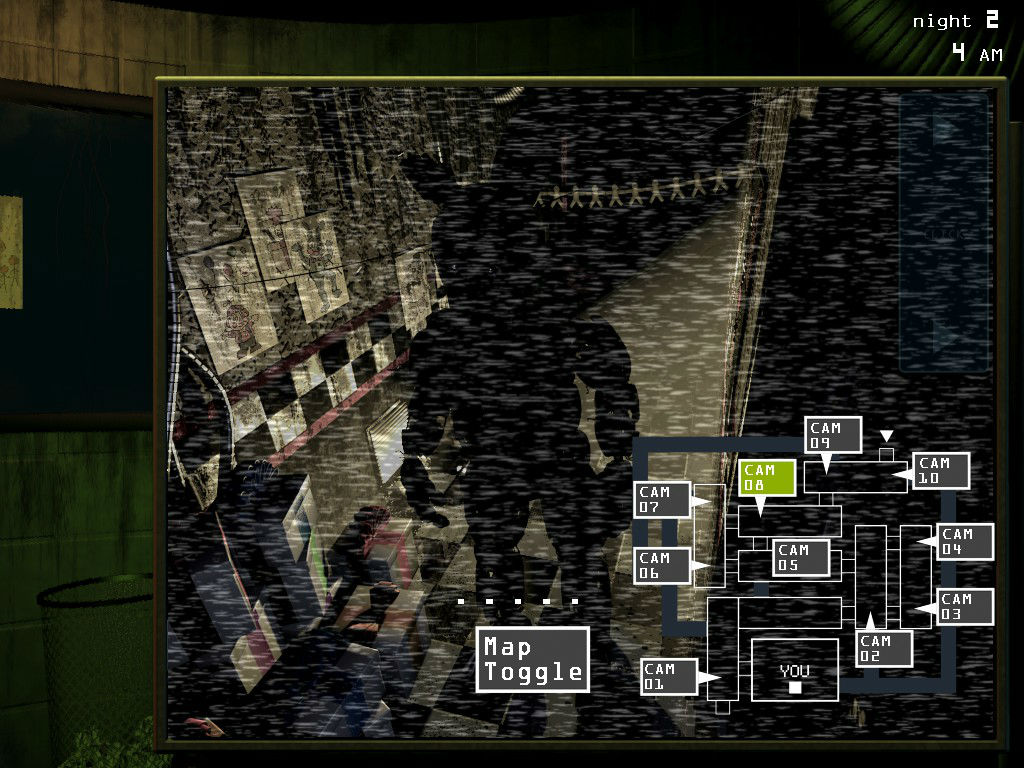 If a system fails, you'll want to reboot it immediately. While that is important, keeping Springtrap away should always be your first priority so if you have an action to take such as closing off a vent or luring him to an adjacent feed, do that first.

The phantoms may not be directly harmful but the distractions they cause can be devastating. Learn their patterns and avoid them as keenly as you would Springtrap.

Chica's cupcake is back and it will randomly appear on your desk in the security office, watching you while you work.

During certain minigames, you can find yourself in a room full of broken animatronics but, strangely, there's also the skull of an unidentified person lying amongst them. Who could it be? 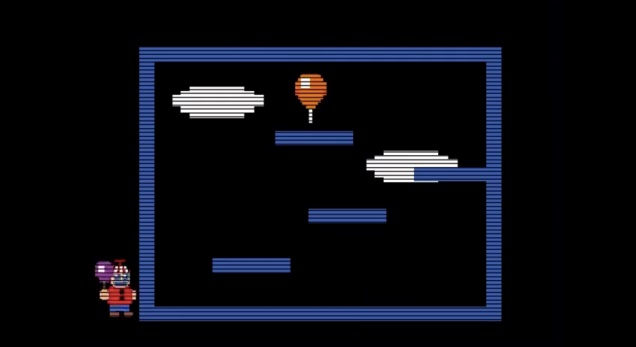 In Freddy's minigame you find yourself in a collection of identical rooms that each have Springtrap and three children in them. Except, one room only has two kids in it - what happened to the third child?

When you first boot up Five Nights at Freddy's 3, you'll see a newspaper clipping. The blurry text surrounding the news post is actually notes on the franchise written by Scott Cawthon himself.

Hidden in the background of the newspaper's only picture, is an image of Springtrap standing behind Freddy. This can be seen if you increase the brightness while viewing the clipping. 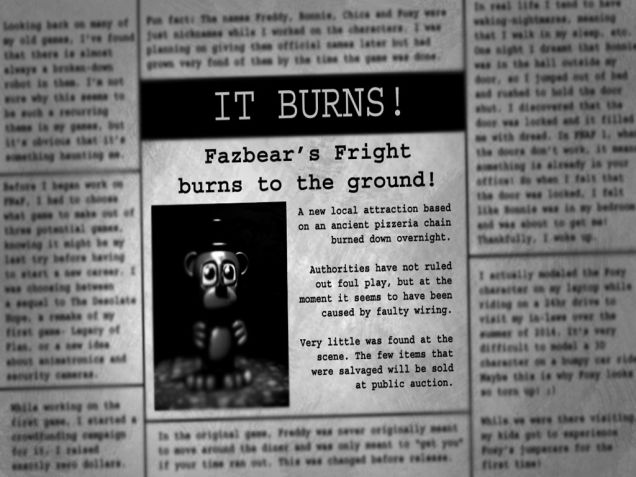 If you really want to scare yourself, head to camera eight, where you'll spot the Marionette mask watching you on your right.

Finally, Springtrap can appear in two different camera feeds at once but fear not, one is an illusion.

There are a fair few secret photos and artworks of Springtrap hidden throughout the game that only the most eagle-eyed Pocket Gamers will discover.

Some only appear when you load up the game and show rather unsettling shots of whoever is trapped inside Springtrap trying to free himself. 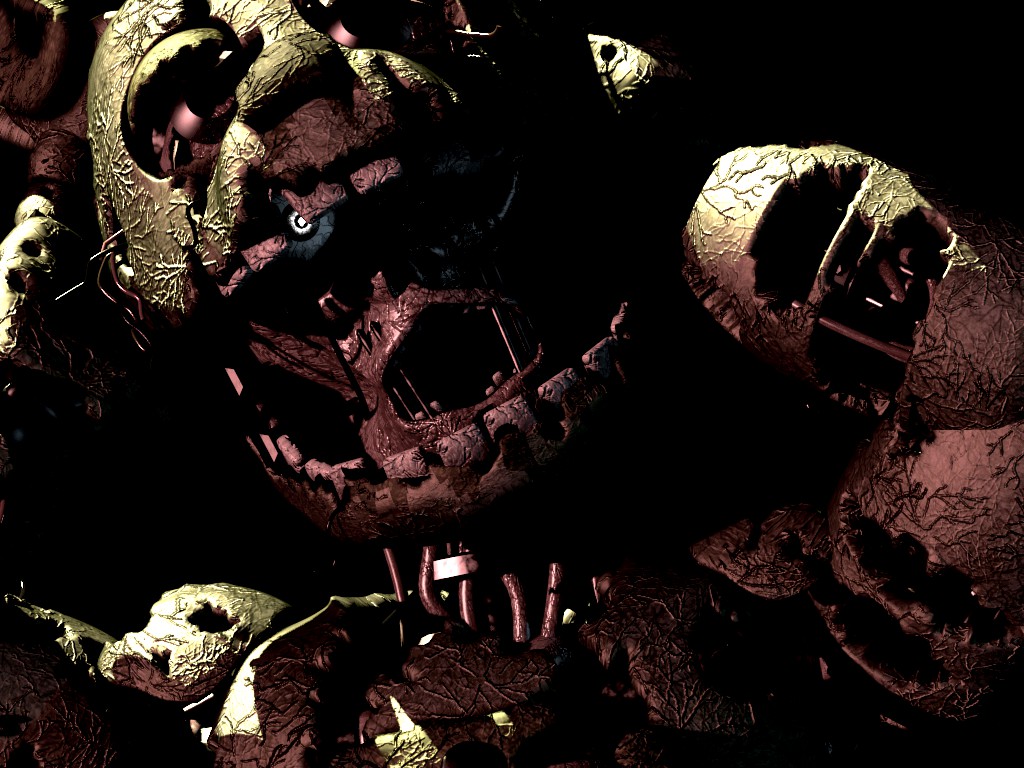 Also, on camera ten, a cute poster of Springtrap will occasionally appear. Isn't he adorable?

Mangle is easily the creepiest animatronic and once you've spotted him peering in the window of your office, you'll feel the same way.

He also appears on camera feeds and screams at you - breaking the ventilation system in the process. 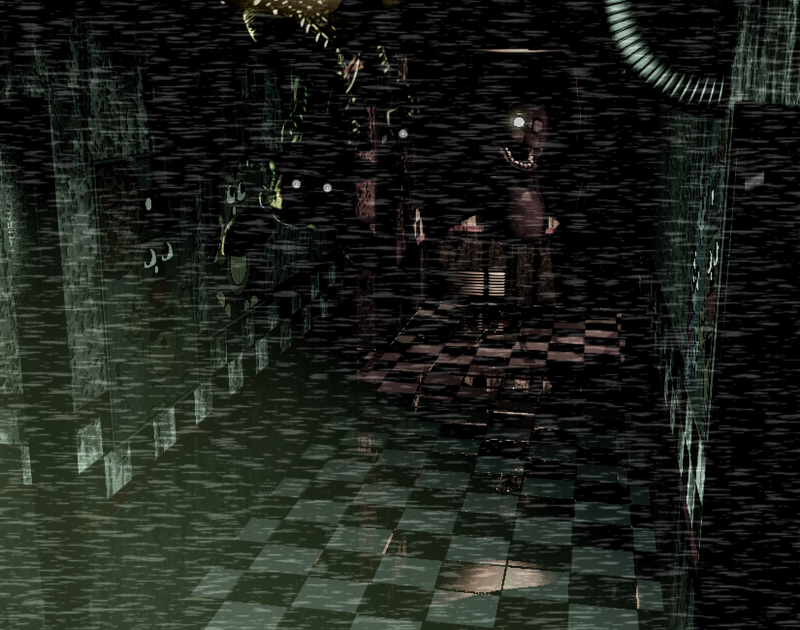 Freddy makes a special appearance in Five Nights at Freddy's 3, and will regularly pop-up in phantom form to scare the living bejesus out of you.

He'll also appear in the backgrounds of your camera feeds on occasion but just ignore him - he's a relatively harmless fluffball here.

A paper plate Freddy may occasionally appear on the wall of your office. Who puts it there, I have no idea. 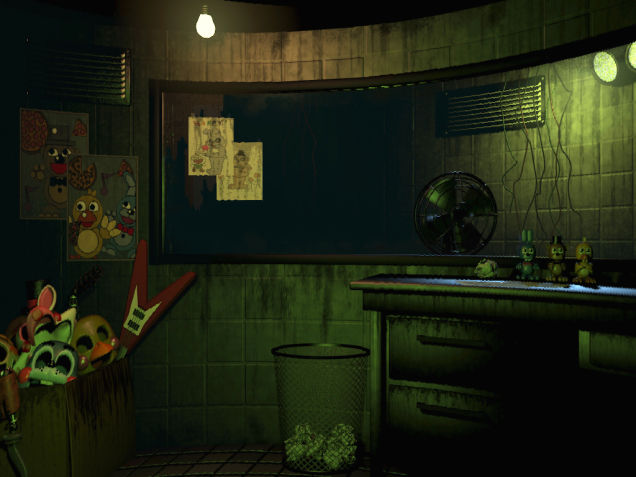