Ateam Entertainment and Square Enix have announced that their mobile battle royale, Final Fantasy VII: The First Solider, will release for iOS and Android in November. A specific date wasn't provided, but we know that pre-registration will begin sometime this month.

Alongside announcing the release window, Square Enix also unveiled a new playable style that was showcased as part of Square Enix Presents at TGS 2021. It's called the Ninja style and, as you might expect from the name, focuses on stealth and mobility, with melee attacks that involve throwing shuriken stars at enemies.

They also unveiled some changes heading to the game based on player feedback. A closed beta test was held in June, and 90% of players said either they were “satisfied” or “very satisfied” with their experience. However, despite a seemingly positive response, director Tetsuya Nomura felt a few improvements were necessary.

These adjustments include the addition of controller support for players who don't enjoy using a touch screen. Elsewhere, they have looked to improve the onboarding process by including a training mode and a more intuitive tutorial. Finally, they have introduced a collection feature that allows players to gather materials from special boxes or monster drops that they can exchange for customisation skins. 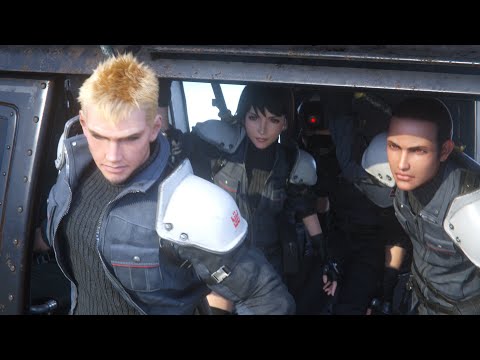 If you're unfamiliar with Final Fantasy VII: The First Solider, it is a 75-player battle royale where players fight it out to become the last person standing. They can use a variety of guns, swords and spells to best their opponents alongside killing monsters to net experience points and Gil.

Final Fantasy VII: The First Solider will release on the App Store and Google Play sometime in November. It will be a free-to-play game with in-app purchases.

Looking for more battle royale games you can enjoy on the go? Here are some of the best available for Android phones and tablets
Next Up :
Honkai Impact 3rd is launching version 6.2 The Chrono and the Hare soon

Final Fantasy VII: The First Soldier is shutting down for good early next year