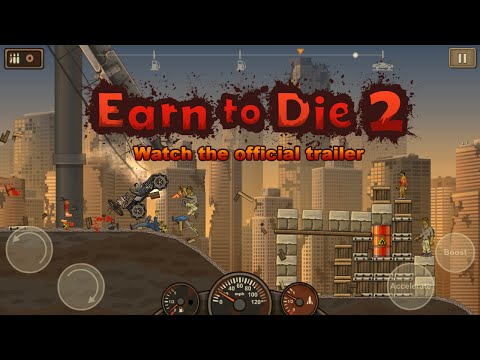 Zombies. What are they good for? Shooting and running over according to video games. Developer Not Doppler isn't one to argue, as it will prove by releasing Earn to Die 2 tonight.

This sequel takes the undead hit-and-run idea of the original Earn to Die from the desert and lets it run riot in the big city.

This allows for multi-tiered motorways to spice up your vehicular goring. Other improvements include destructible cars, a longer Story Mode, and 10 new vehicles (including an ice cream van).

You'll have to wait for the new Missions Mode as that won't be added until a future update arrives.

Oh, and if you're on Android, you have to wait longer as Earn to Die 2 won't be coming to your platform until early 2015.