Toast USA has opened up pre-registrations for the part racing game, part dating sim Drift Girls on iOS and Android.

Yes, you read that right. This is a racing game in which you can go on date with women once you've impressed them with your drifting skills.

Drift Girls was originally released in Korea by developer NHN BlackPick, but Toast USA has localised it for western players, including English voice acting.

The plan is to soft-launch the game in the US before bring it to other territories.

As well as racing and dating, you can also customise your car with decals and paint jobs, and fix it up with better cylinder engines, brakes, an tyres as you progress.

The money you earn in-game can also be used to gift the woman you go on a date with, as well as buy her new clothes to wear. 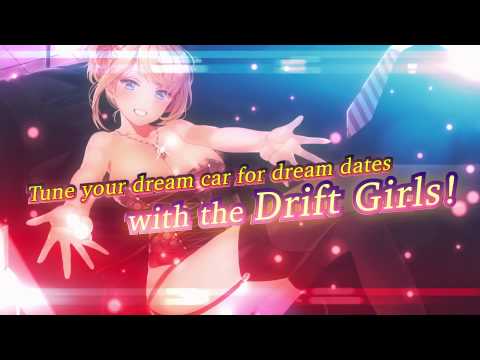 To pre-register, you need only to enter your email address and select whether you'll play the game on iOS or Android over on this website.

All players who pre-register will get 3000 in-game coins. But there are other items to unlock every time a milestone number of pre-registrations is reached.

Plus, 10 of those who pre-register will win a VIP package. This comes with a three-star Bumble car and three car parts.

Race fast and dangerous to impress your date in Drift Girls, out now on iOS and Android

Video: if you drive well in Drift Cars, hot women will want to date you