Dragalia Lost is finally out in the UK and EU after a long period being available pretty much everywhere else. If you're just getting started, you've come to the right place.

Dragalia Lost's combat is simple but with nuance, and here you'll learn all the nuance you need to become a master quickly.

Just read our advice below and you'll be clearing missions without breaking a sweat. 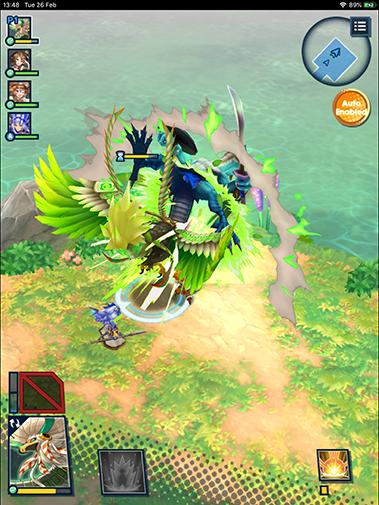 If you want to win, you'll want to not die. Wow, amazing logic, huh? Well for a bit more detail, there's no block function in Dragalia Lost, so dodging will be your main way of avoiding damage.

To dodge you simply flick your character on the touch screen, and they roll in the direction your flick quite neatly. Of course, holding your finger on the screen will just affect the movement.

Projectiles are the most obvious attacks to dodge — just make sure not to get hit by them. Obviously. You'll find that enemies that launch projectiles will move away from you and attack at range, so you'll be able to pick out which enemies to watch for.

The bigger attacks will be highlighted with red danger zones on the ground. Cone shapes for spreading range attacks, long rectangles for charge attacks, and circles for landing projectile explosives or AoE attacks.

Of course, that's the time when you dodge. It can get overwhelming fast to keep track of multiple danger zones, so just try not to get stuck in an attack combo when the danger zones are on you, and dodge out as quickly as possible.

Tapping is how you perform your basic attack, and each character uses different weapons and operates best at different ranges.

Your tap combo will be your bread and butter, so get used to how long it lasts and how far it reaches with each character you play with.

On top of your tap combo, you get a special move you can tap at the bottom of the screen. This is different for each character.

It could be a spinning slash, or a powerful hit. It will always follow the element of your player character, so keep that in mind before going into battle.

These moves have to charge up over time by attacking and killing enemy monsters, so you can't just keep pulling them out. Get stuck into combat with your tap combo to earn your special move back. 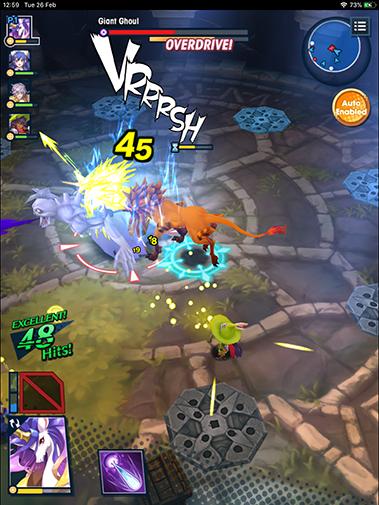 Your player character will be able to transform into a dragon in the heat of battle — and that's pretty cool. They take on a large, imposing form and do massive amounts of damage.

These are best saved for when you're up against rare of powerful boss monsters. You can extend the length of your dragon transformation by increasing bonds with dragons through the castle.

Your dragon will even get a custom special move — and yes — it's really powerful. Slow to charge up, but this will lay waste to enemies in a large area of effect, so it's worth saving.