No plans for Android, though 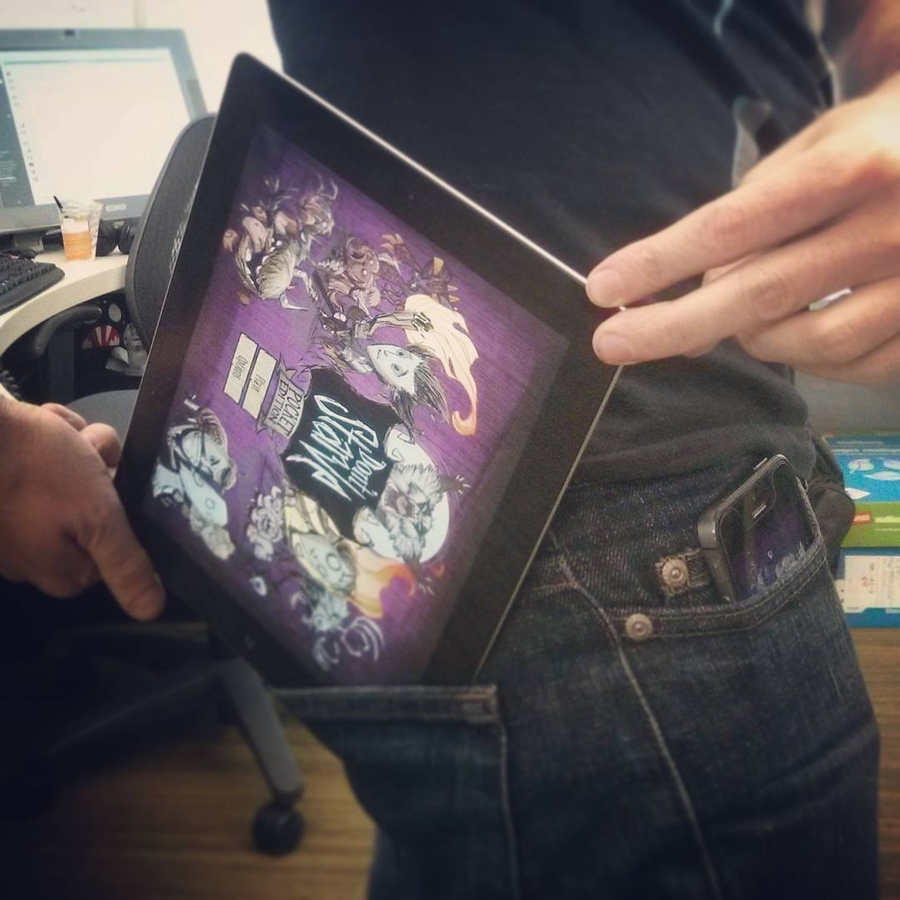 This week, Klei's staggeringly deep survival game Don't Starve came to iPad, under the name Don't Starve: Pocket Edition. Which is kind of weird: what kind of pocket is big enough to hold a 10 inch tablet?

The developer can empathise, and put out an Instagram pic of a Klei staffer struggling to stuff an iPad in his jeans. But hey, what's that, in the other pocket? Looks like Don't Starve running on an iPhone.

Which would be nice, as its a terrific game on iPad. "This a brilliant example of a mobile port done well," says Harry. "It's cruel in all the ways the PC game was, without compromising or diluting the experience".

We'll let you know when we hear more.

Android fans, however, shouldn't get their hopes up too high. Klei told Pocket Gamer that it doesn't "have plans yet", for an Android version of Pocket Edition, but says "we're always looking at other platforms that might be a fit".

"If we do find out it's possible for us to get it on some Android devices we'll let everyone know!"