Spirit of the fight 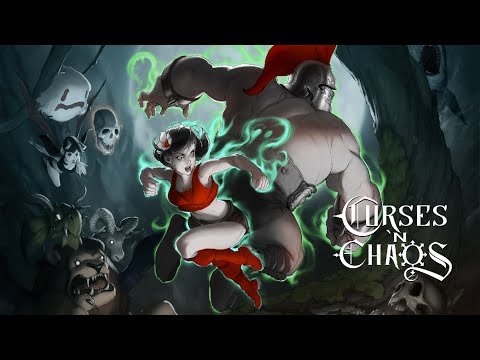 Tribute Games (the folks behind Wizorb) has confirmed that its ghost-kicking arcade game Curses 'N Chaos will be out for PS Vita this summer.

The announcement was made with the action-packed trailer that you can watch above. Enjoy the heck out of that, go on.

Even more good news: Curses 'N Chaos will have ad hoc multiplayer on PS Vita, plus it will support cross-buy, cross-save, and cross-play with the PS4 version.

As we outlined before, the game is about breaking a curse by collecting gold to buy potions. The curse sends waves of monsters after you that drop gold when defeated - convenient.

You can play as either Lea or Leo who both are both pretty superb at punching and kicking. You can also buy single-use items like bombs and ballistas with the gold you collect.