Black: The Fall Switch review - A dystopian platformer with shades of Limbo

There's an easy comparison to make with Black: The Fall. It's not hard to see influences from LIMBO and INSIDE.

It sees you playing as an unnamed protagonist who doesn't speak, but must escape an unknown threat by moving from left to right.

Admittedly, where Black breaks from the convention of those games is in the small details. There's still plenty of platforming to be done, and there are enemies to dodge.

But like all games that feature little narrative it's what's seen in the world that makes the game shine.

You play an automaton in Russia. The characters in the world you're part of all look like shop mannequins - faceless things that could be a new form of human or a new kind of AI. They spend their days slaving away for a dictatorial government.

You'll see a lot of these robots throughout the world, peddling bikes to create electricity. Later they can be seen in cold and empty rooms, hanging from ceilings, or with bright lights shining into their faces.

At the start of the game you decide that it's high time to escape the factory and find out what's outside. That leads to plenty of environment based puzzles and it's these that make up the bulk of the gameplay. 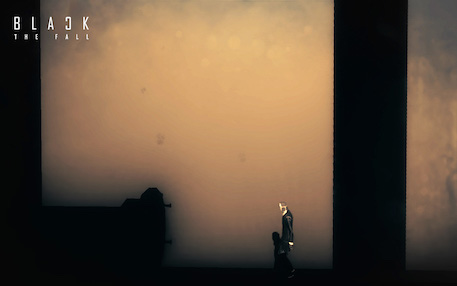 You might be diverting water through pipes to put out fires, manipulating AI slave drivers to look elsewhere. Early in the game you find a laser pointer which allows you some basic control of your robot brethren.

You can use these to flick far away switches, distract guards or even act as makeshift circuit breakers. Everything is to be as expected with a game like this. It's dark - literally and figuratively – brooding, and full of themes such as isolation.

The sound is impactful and full of urgency and in a later section the screen fades to black and the game asks you to move via sound. It's a nice feature and certainly makes sure that these moments make Black stand out from the crowd.

But back to those small details. This Russia the developers have built is oppressive, but occasional flashes of hope and humanity can be found if you wander from the linear path. Most of which are genuinely emotional. 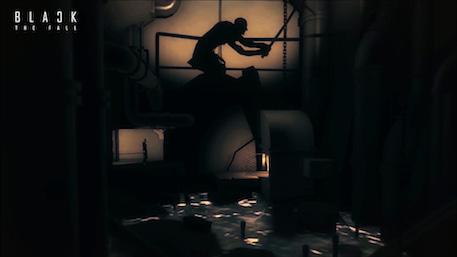 Small rooms beneath labyrinthine corridors open up to show scenes that prod and push you into seeing a new side to the world, as the various robots try to connect with some form of humanity.

The game forces you to think outside the box meaning many of the solutions to the puzzles come at you from left field. But there are neat eureka moments when everything falls into place and you figure out what you need to do.

A bit too black?

The visuals can be a little too dark at times, even with the brightness ramped up to maximum, and there's a general fuzziness to the models on screen. It's not entirely off putting and it's only when the game is played handheld that its truly noticeable.

Black: The Fall Switch review - A dystopian platformer with shades of Limbo

Black: The Fall might have its issues, but all in all it's well worth checking out
Next Up :
Xiaomi 11T Pro review - "Pro in name, pro in nature"

Black The Fall is an atmospheric 2.5D platformer/shooter inspired by Another World, Flashback