Skyflyer Studio's popular arcade title Pumpkinbutt's Halloween Dream has received a festive content update just in time for Christmas that will see players tackling a new series of levels that leave behind the usual Halloween theme, at least for a while. 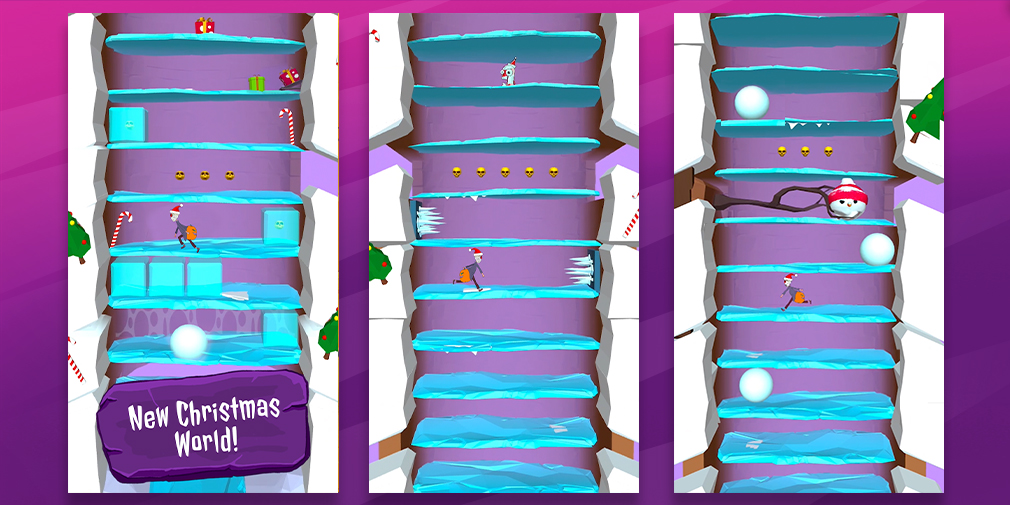 This new batch of levels is called The Christmas Caverns where there will be forty stages for players to contend with. There will be silly candy canes, rolling snowballs and pompous nutcrackers that are all determined to make beating these levels as tricky as possible.

And that's not the only addition in the game's latest update either. For the ambitious among you, there is the newly introduced Super Spire level to take on. This is one giant tower that's littered with bad dreams. It promises a real challenge as so far, no one has successfully reached the top of this nightmarish stage.

If you're unfamiliar with Pumpkinbutt's Halloween Dream follows the story of a poor farmer who ends up trapped in a spooky nightmare after a sinister explosion occurred in his pumpkin patch. Now he has to escape from this dream before the evil pumpkin spirit manages to consume him. 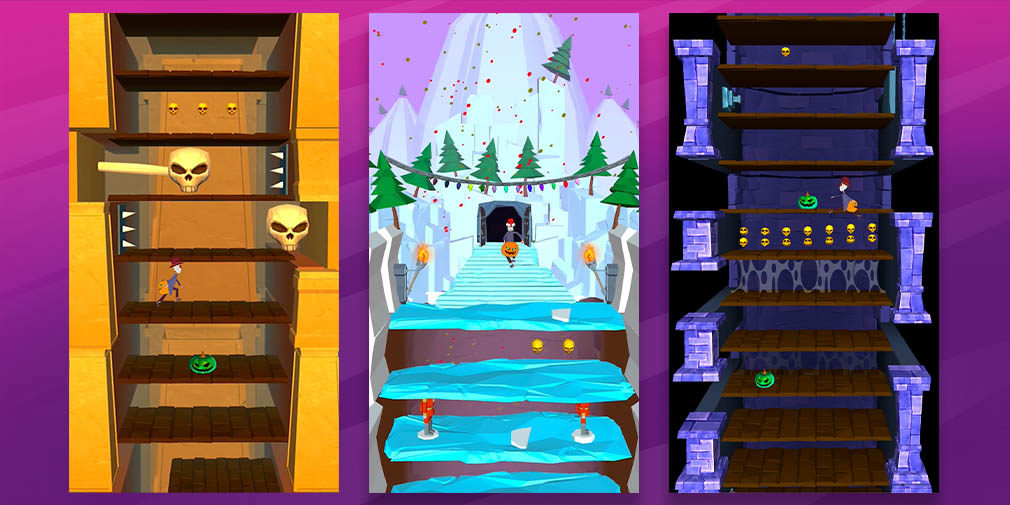 He'll jump his way through various dungeons, graveyards and castle towers whilst making use of special boosters and items that will come in handy for those particularly tough levels. There will be a plethora of nastiness to dodge throughout the journey such as spikes, skulls, slimes and even axes.

Pumpkinbutt's Halloween Dream is available now over on the App Store and Google Play. It's a free-to-play game with in-app purchases.