A dark and moody game of silhouettes and shadow puppets, Projection: First Light sticks out from the games shown as part of the Apple Arcade library with its lighting and perception based puzzle platforming.

However, it isn't the first time that we've mentioned the light-based platformer, in fact we covered it when it was announced back in 2017 due to it having a planned 2018 release for the Nintendo Switch.

Projection: First Light follows two stories. The first is that of Greta, a girl living in a shadow puppet world who sets off on a rite of passage to find out who she really is. The second is the story of the evolution of shadow puppetry as a global phenomenon. Projection tangles these two stories together, resulting in levels varying from Indonesia through Greece to the Victorian Era of Great Britain. You can get an idea of this from the announcement trailer below. 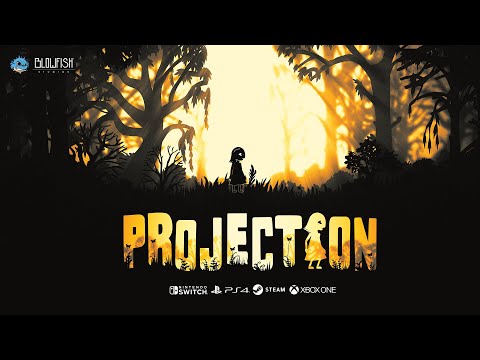 Platforming games tend to succeed due to excelling in either mechanics, pace or design. From what has already been shown of Projection: First Light, it seems to have all three of those in spades. I'm especially a fan of the dual which plays out between the archer and the giant — the sticks which hold up the characters in the game really deliver on the puppeteering element. There's also the light puzzles, which seem both extremely simple to grasp, and clever in concept.

There's definitely a lot of reasons to keep an eye on Projection. While many people might have spent all of their patience for mobile platformers over the years, Projection has been developed with all platforms in mind. In fact, it'll be launching on the Nintendo Switch, Xbox One, PS4 and PC as well as Apple Arcade.

And, while the Apple Arcade service has an impressive line-up already planned, it definitely looks like Projection: First Light is going to be one of the ones to watch.

Projection: First Light is a shadow-manipulating platformer, coming to Nintendo Switch in 2018