Amanda Ripley has been through some guff, let's be fair. It wasn't long ago she was hiding from multi-mouthed extra-terrestrials on Sevastopol Station in Alien Isolation, and now she's back, on a new space station, trying to help the crew deal with aliens. She can't catch a break.

Alien Blackout is the brand new Alien game for mobile from D3 Go! and FoxNext Games. Taking a step away from either the weak guns of Colonial Marines or the first person horror of Isolation, Blackout instead sees you working with limited power resources, and guiding a small crew through a doomed space station so that they might see an escape.

Yeah, it's a mobile game, which got a lot of "fans" unreasonably upset, but wait, hold on: it's pretty good.

Ripley hides out in air vents and uses a small remote controlled device to interact with the electronics on board the ship. From here she hacks into the network to open and close doors, interact with motion sensors and generally perform overwatch on parts of the space station.

Using Ripley's hacking skills she guides the crew from room to room, ordering them to hide and sneak when possible to avoid the aliens and keep them alive - though that's easier said than done. 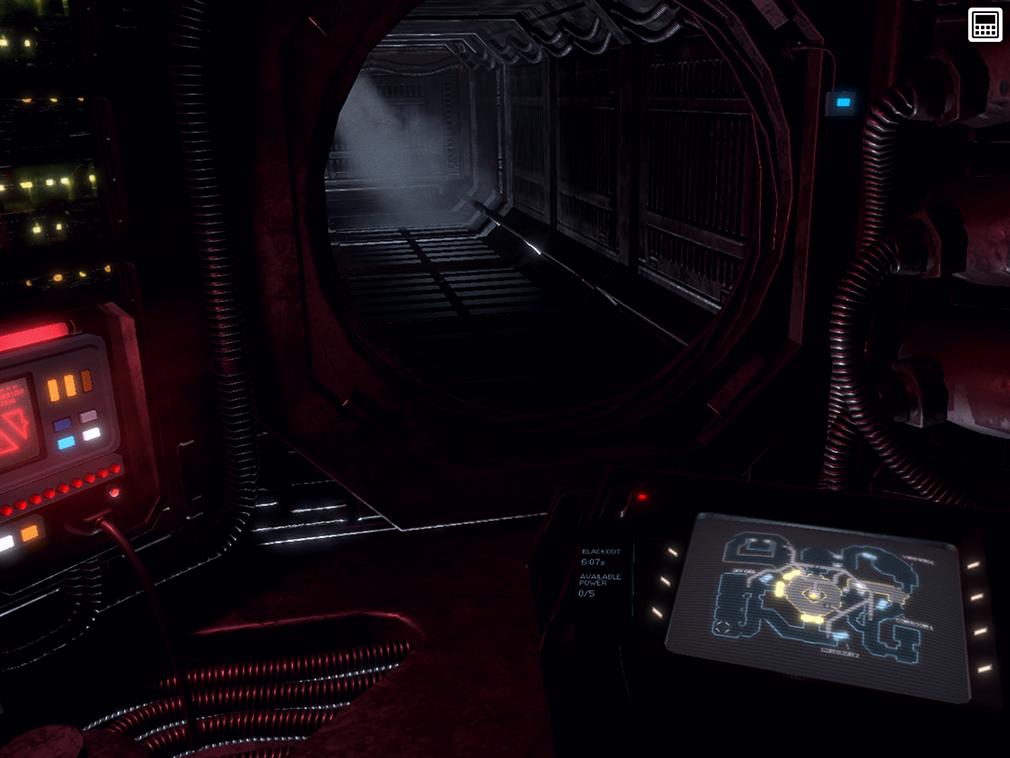 It makes for an intense atmosphere as you stare at camera surveillance feeds, eye the map and close doors to keep your crew safe.

The map reveals a lot of information. Motion-sensing hallways can be activated, you can view the air vents the alien can use to traverse, and close doors to open and close pathways. Motion sensors and closed doors cost a limited amount of power, though, a precious resource.

This means you can only have so many closed doors, and can only monitor so many hallways. And what's more, Ripley herself is under threat.

While hiding away in the vents, there will be one, two, or three hatches the alien can approach her from. Headphones are necessary here, as sound cues will be the only way you can close the correct hatch quickly enough.

Shutting the hatch uses power and closes down your monitoring of the space station for a moment, but only a moment.

Wait, cameras? Closing doors to save yourself? Is… is this Five Nights At Freddy's? Well, I mean, yeah, kind of.

What all of these parts add up to is essentially an Alien themed Five Nights At Freddy's game, mixed with RTS elements - and luckily, the RTS elements make all the difference.

Your crew members move slowly (even if you tell them to hurry up) and the ability to change their path or tell them to hide is what makes the game so interesting. All of your time will be dedicated to being able to roughly identify where the alien is, using your sensors, but also your intuition.

You'll be able to see where the air vents exit and where the alien can move to and from, but that doesn't make it any easier to track them when there are limited cameras to view. That means the smallest bit of information is valuable, the difference between making your crew hide, or continue.

It does manage to set an intense atmosphere, but the plodding pace and a few impossibly knowledgeable aliens only serve to hide one fact: it's a pretty short game.

Seven levels, the first two essentially amounting to tutorials. After that the reins are let loose, but should your crew die, that's you starting from the beginning of the stage all over again. 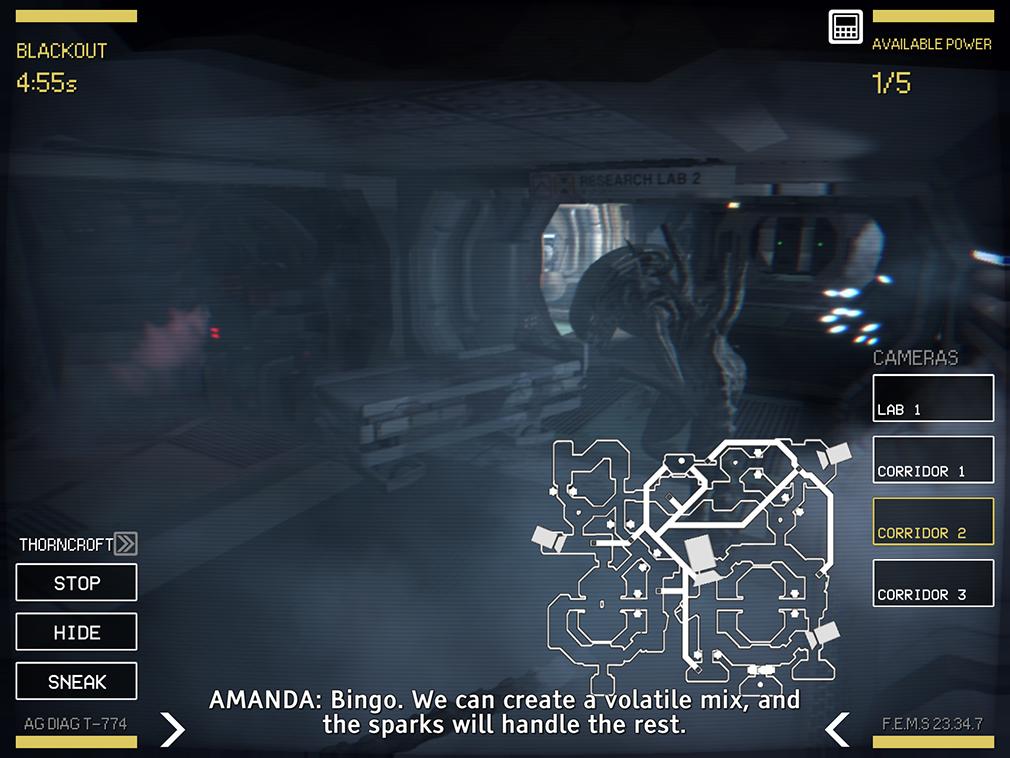 It's undeniably enjoyable for a while, but the slow pace of each stage can become tiresome. By the time I had reached level seven, I had long since reached peak enjoyment a few levels back.

There's just too little variety in levels, and frankly, too few of them. Honestly, I expected something more to happens. Something else I would have to use my crew for.

Perhaps a way to fight back temporarily - a flamethrower or something - only to have the odds stack against me with more aliens. In this, you only ever battle against one, and it's only ever a game of stealth.

It does mean your attention - and the gameplay - is incredibly focused, but a majority of that time will be spent obsessively flicking through camera feeds and listening for audio cues. It's not enough to be investing.

There's too much downtime, but not enough time to look away, as everything can be over in seconds, after minutes of vigilantly watching.

Ultimately, I would've been satisfied if there were just a little more to the experience. A little more, well, anything. But it ends as it begins, a bit underwhelming. Bad by no means, but never essential either.

Alien Blackout is fun for a while, but ends suddenly and with little fanfare. Not essential, but fun for alien fans
By Dave Aubrey
| Jan 24, 2019 |
iOS + Android
Find out more about Alien: Blackout

Alien: Blackout and The Detail developer Rival Games has shut down