By Harry Slater
| Oct 10, 2018
iOS
|
Grimvalor
Get Grimvalor on...
Find out more about Grimvalor
Available on: iOS + Android
Subscribe to Pocket Gamer on

You could easily cast Grimvalor aside as another game riffing on the Dark Souls template. Mainly because it does. But it also throws ideas from a bunch of other genres into the mix, as well as adding in some of its own.

At its heart it's an action platformer, but it owes as much to 16bit games as it does to From Software's more modern franchise. It's unflinchingly tough, always ready to punish you, and doesn't care how much progress you lose when your corpse hits the floor.

You might say that sounds like BloodSouls or DarkBorne, I say it sounds more like a return to the glory days of gaming, when every mistake you made was a set-back and every level you completed felt like a real achievement.


Grim and bear it

The game starts with you wandering through a dungeon, and continues in much the same way. Monsters have overrun the world, and you need to use your massive sword to hack them back to the hell they came from.

The controls you have to do this are pretty simple. Two buttons control your horizontal movement, then you've got a jump, a dodge, and an attack. But there's a lot more going on here than at first seems.

The game lays down new moves on you at a regular pace. You'll unlock a charge attack, that you can unleash by swiping on the right button. You'll find refillable health potions that heal you back to full health when you push on the screen. Wall runs, smash moves, and more unlock new sections too. 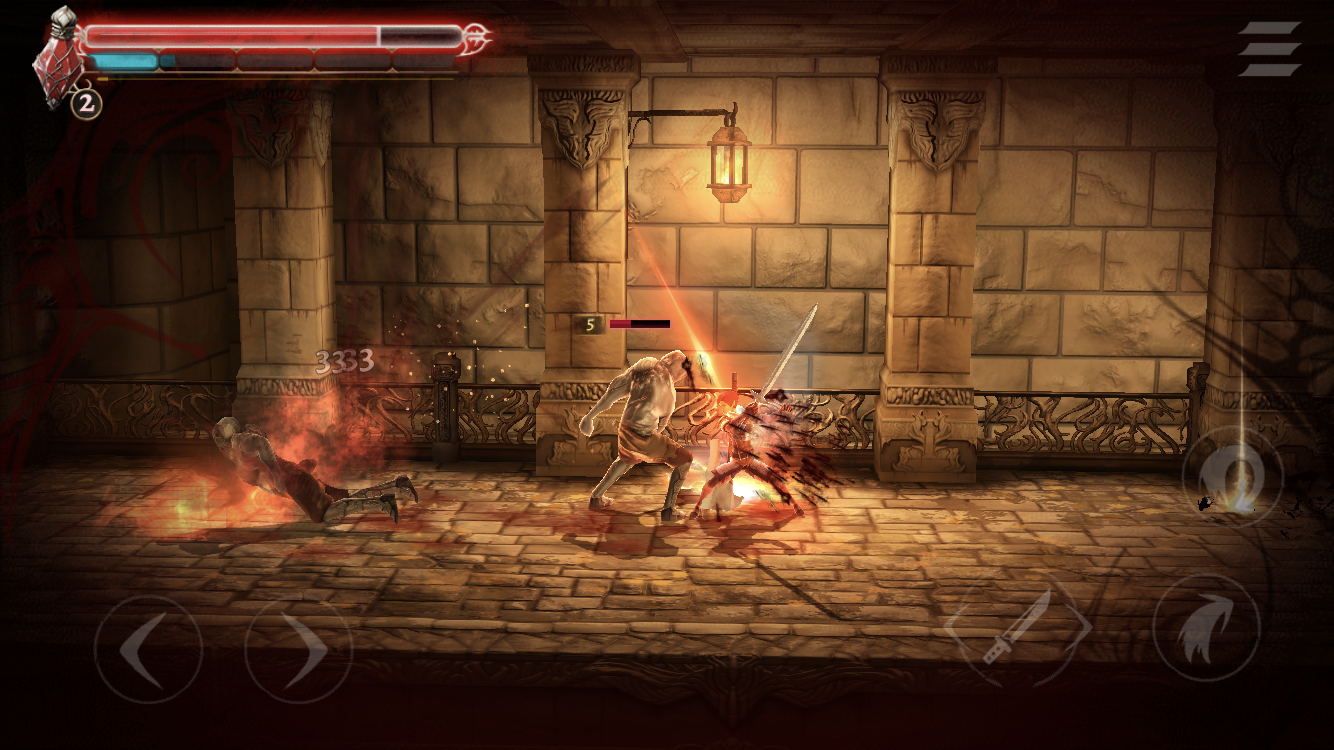 Chaining together a slick series of attacks, dodges, and jumps, is incredibly satisfying, but by no-means easy. You're often surrounded by enemies, and avoiding them all is a real case of risk, reward, and perfect timing.

You'll face off against huge bosses too, and they'll take all of your skill and ingenuity to destroy. Everything is mean, everything can kill you in a couple of hits, and if that wasn't enough there are traps to avoid too.

You'll strengthen up your character as you play, forging new weapons and toughening up stats. But you'll still feel wholly unprepared for the madness that's spewing forth at you. Grimvalor's trick is that it gives you everything you need to succeed. It's up to you to learn how to use it.

Difficult games need to give you a slice of hope, they need to ensure that for every humiliating defeat, there's a chance you can dust yourself off and come back victorious. And Grimvalor gets that pretty much spot on.

You could throw it aside as something that's little more than a reference, but you'd be missing the point. This is a game that's not just built from a single inspiration, but from a whole slew of them.

This isn't Dark Souls side-on, it's something else entirely. You should never judge a book by its cover, or a game by its gloomy fantasy setting and difficulty.

Want more? Check out our growing collection of Grimvalor articles!

It's cruel and dark, but there's more to Grimvalor than just another Souls-game riff
By Harry Slater
| Oct 10, 2018 |
iOS
Find out more about Grimvalor

See what you can catch in Power Fishing, out now on Android

App Army Assembles - Could Grimvalor be a GOTY contender?