Everything you need for combat

There's something about a classic turn-based battle system that I just can't get enough of. Sometimes I just want to watch the moves I pick wreak havoc, is that so wrong?

Luckily for battle fans like myself we get quality games like Might and Magic: Elemental Guardians to give us that hot turn based battling injection we've needed for so long.

Now if you'll excuse me, I've got to chase a magic elemental dragon. And kill it. 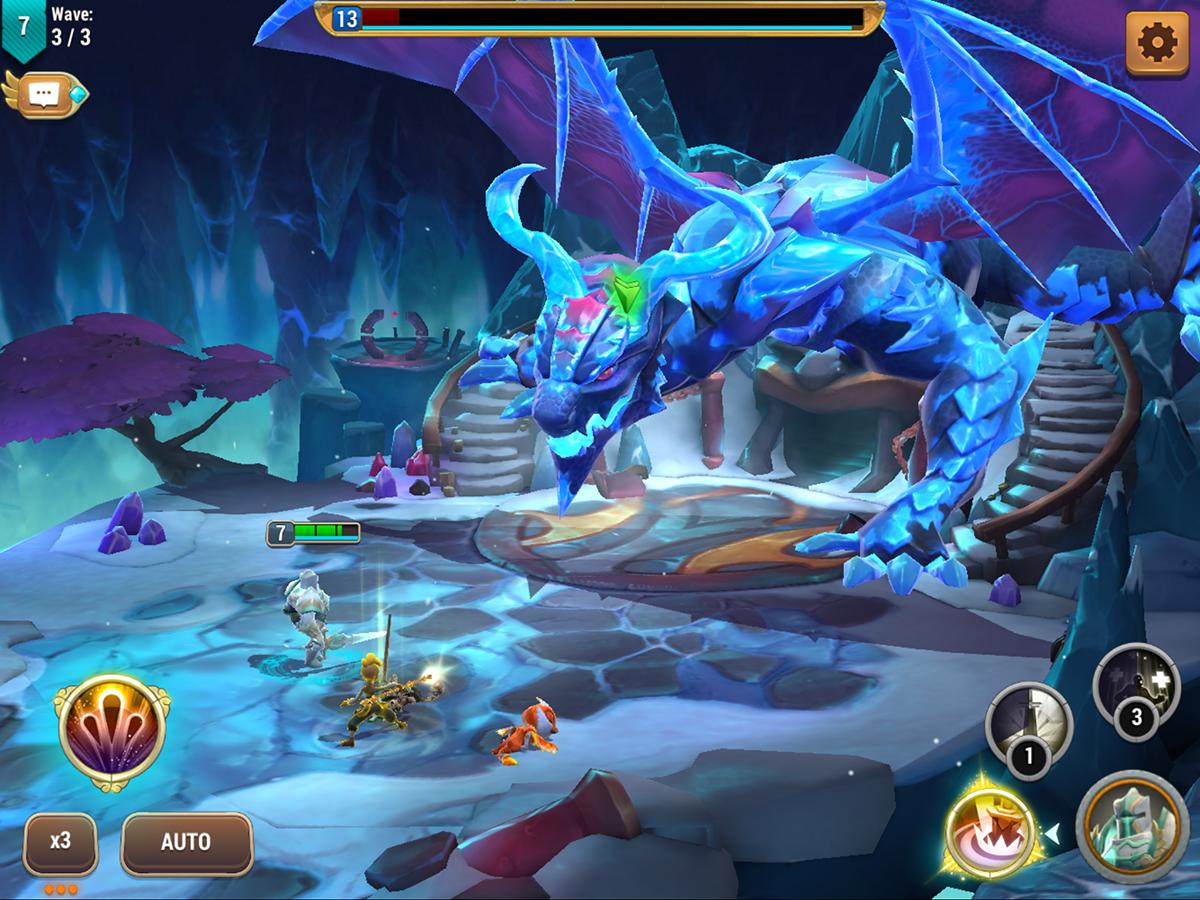 Battling in Might and Magic follows a pretty basic turn based system where you have a basic attack which you can use endlessly, and two other abilities that'll require multiple turns to cooldown and refresh.

Obviously you'll want to try and keep your health up as much as possible, all while taking apart the enemy's, and we've got tips for that. 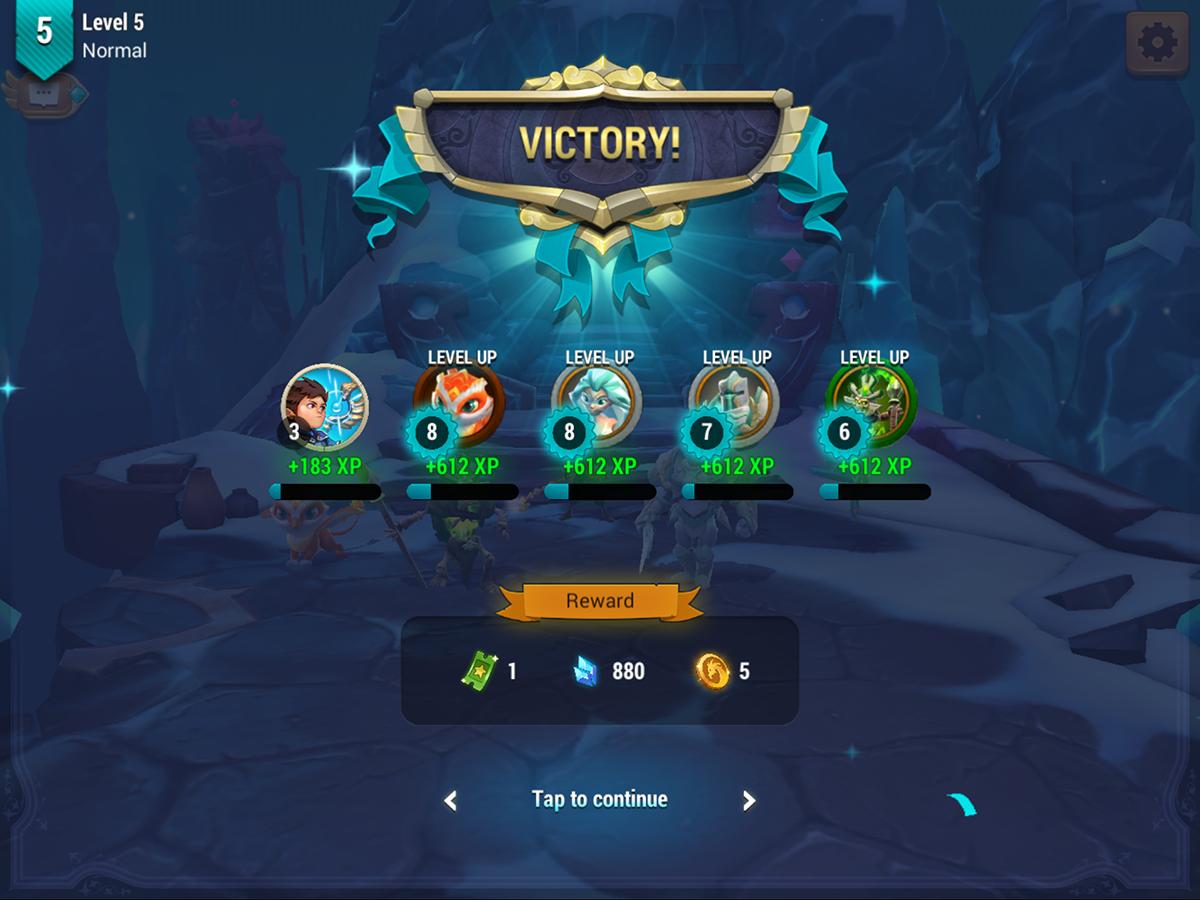 Above the heads of your enemies as you are about to attack will be arrows, and the colour of those arrows will indicate whether or not your attack will do much damage.

In Might and Magic, creatures have an elemental type, and there's a hierarchy to the types, which follows this pattern: Fire> Earth> Air> Water> Fire.

If you're about to attack and the arrow over your enemy is red, you will deal less damage. Yellow indicates normal damage, while you want to aim for Green, which is extra damage. 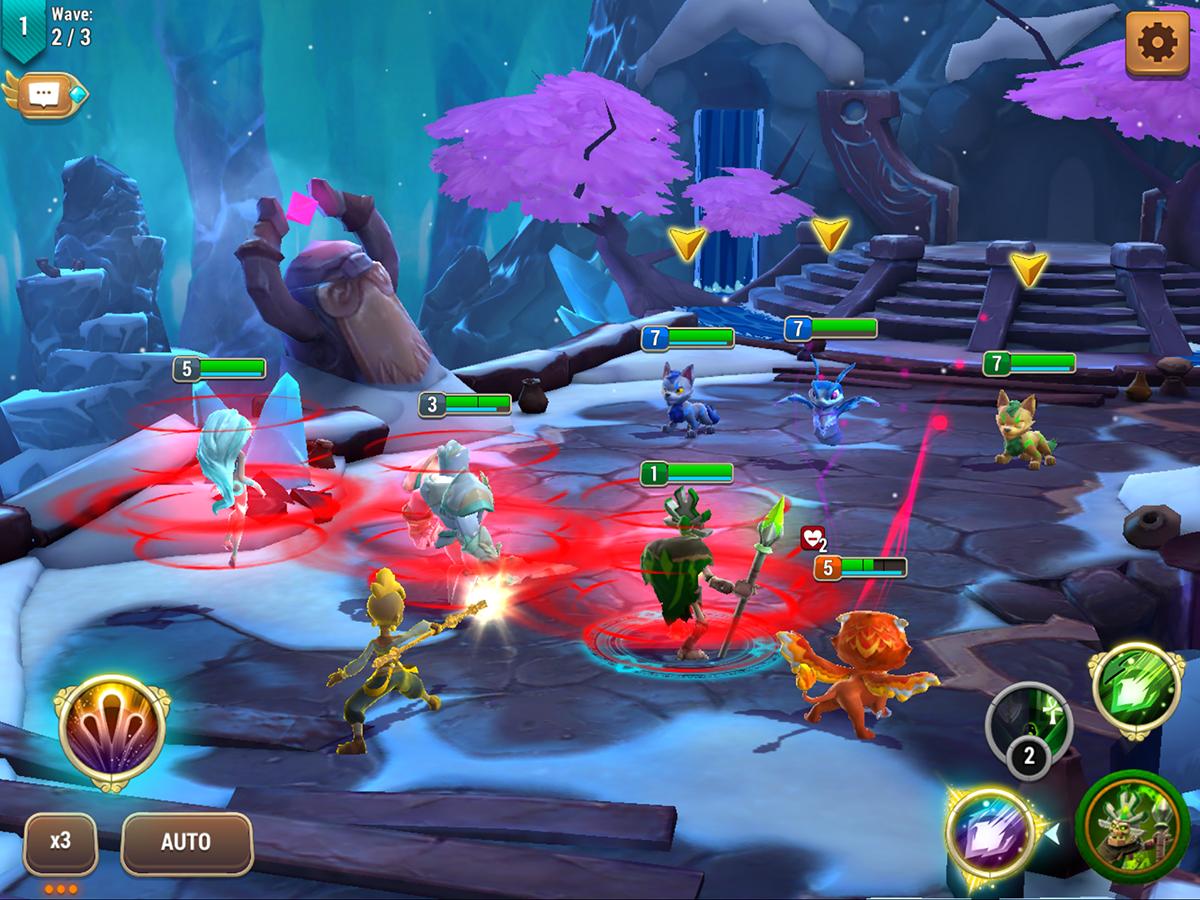 Having a good central creature that can taunt will take a lot of the hassle and stress away from battles, as a creature with taunt can tank hits and protect your weaker team members.

We've been using the Stone Guard, who has a move which inflicts Taunt, in addition to the ability to heal himself, making him a fearsome force alone. 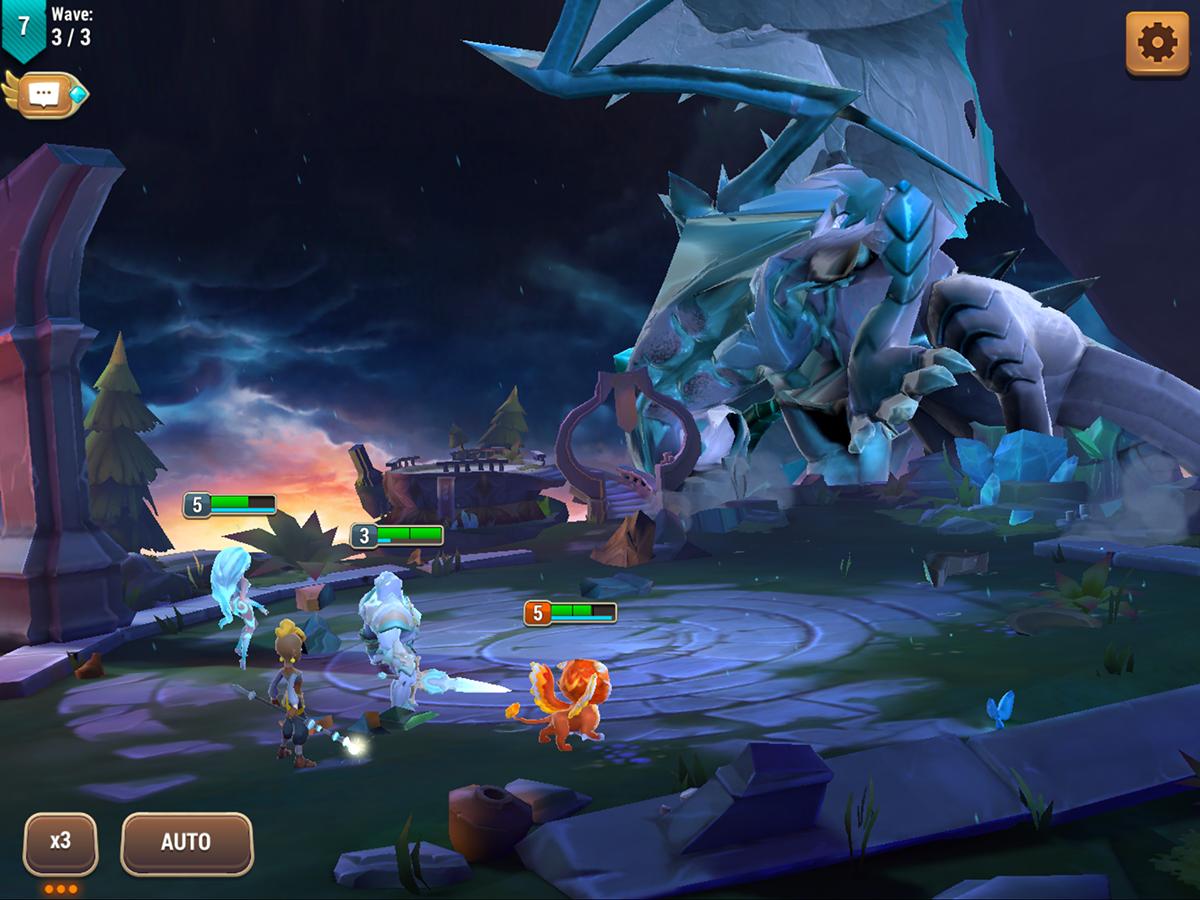 When there's more than one enemy, you'll want to take out your foes as quickly as possible, and when you've got moves that attack everyone, well, why not?

Attacks which do damage to all enemies are always useful - well, unless there's only one enemy - and you should use them whenever you have a fearsome bunch of foes in front of you.

Though splitting your damage across a team of enemies isn't necessarily the best decision, especially if you'll only do decent damage to one, and the others will be able to negate your damage. Pick when to use moves wisely. 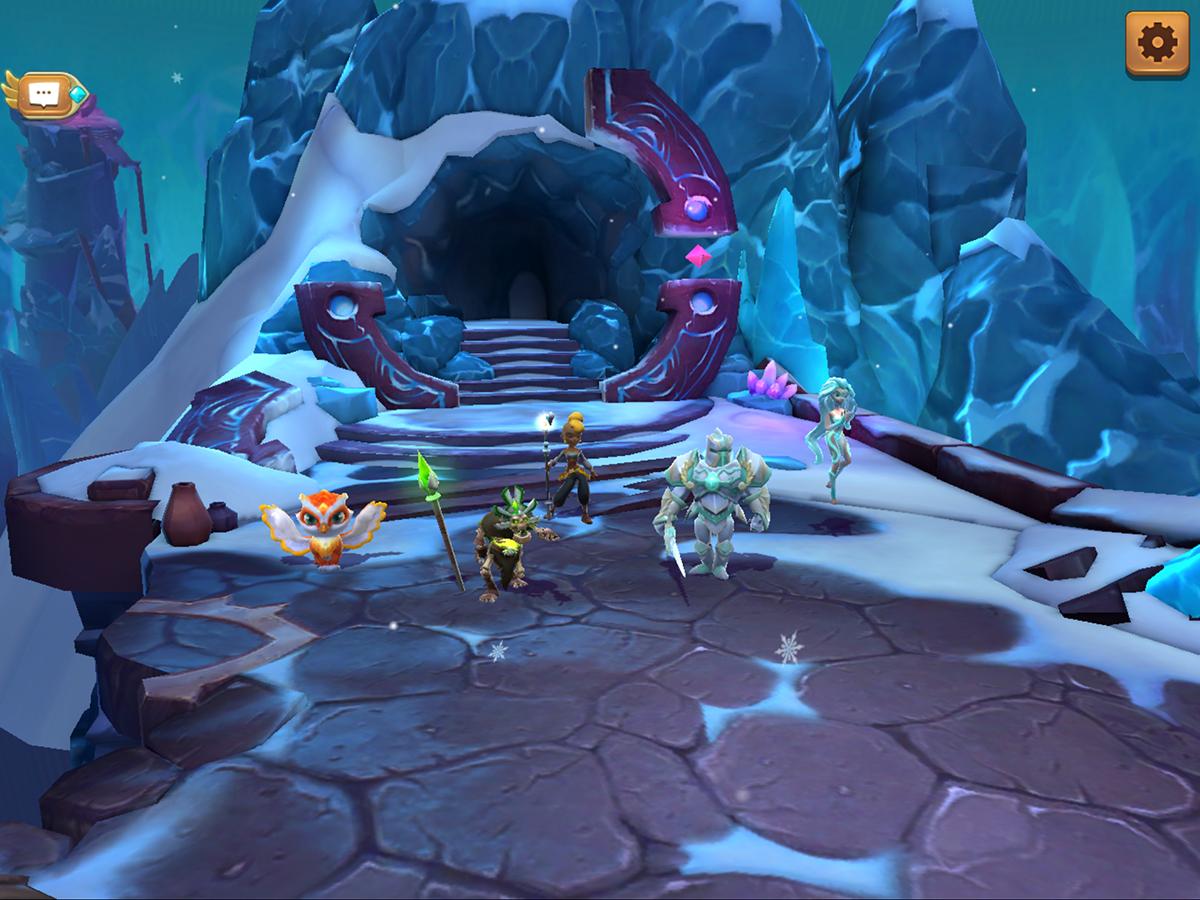 Saving the best for last

The problem with whacking out all of your best moves immediately is that the line up of enemies in front of you are usually just the first wave, often out of three.

Basically, if you're only the last wave, often the strongest, and all of your moves are still suffering from a cooldown - well, it's not a good situation.

A wise battler and strategist will know when to make use of stronger moves and when to hold back against weaklings.

Might & Magic: Elemental Guardians cheats and tips - How to get the strongest creatures fast