The first thing you're going to think about Might & Magic Elemental Guardians is that it looks absolutely incredible. Every inch of the game has been smoothed and polished, every animation is as bright and lovely as the next.

And that might leave you with a worry. After all, a free to play game with that level of AAA polish is going to have to pull a lot of money in. But I've been playing for the best part of five days, and I've not found a single paywall yet.

There's always something to do, some battle to fight or skill to upgrade. There's PvP, different challenges, and a whole world of monsters and violence to explore.

They form the core of the experience, but this isn't an idle game. You need to choose when to attack, who to attack, and what moves your characters are using. It's a full RPG experience, with all the trappings that you'd expect.

There's no exploration here, but you're not really going to miss it. You'll spend the time upgrading your heroes, tooling them out with glyphs that augment their stats, and trying to make sure you're in tip-top form for the next scrap. 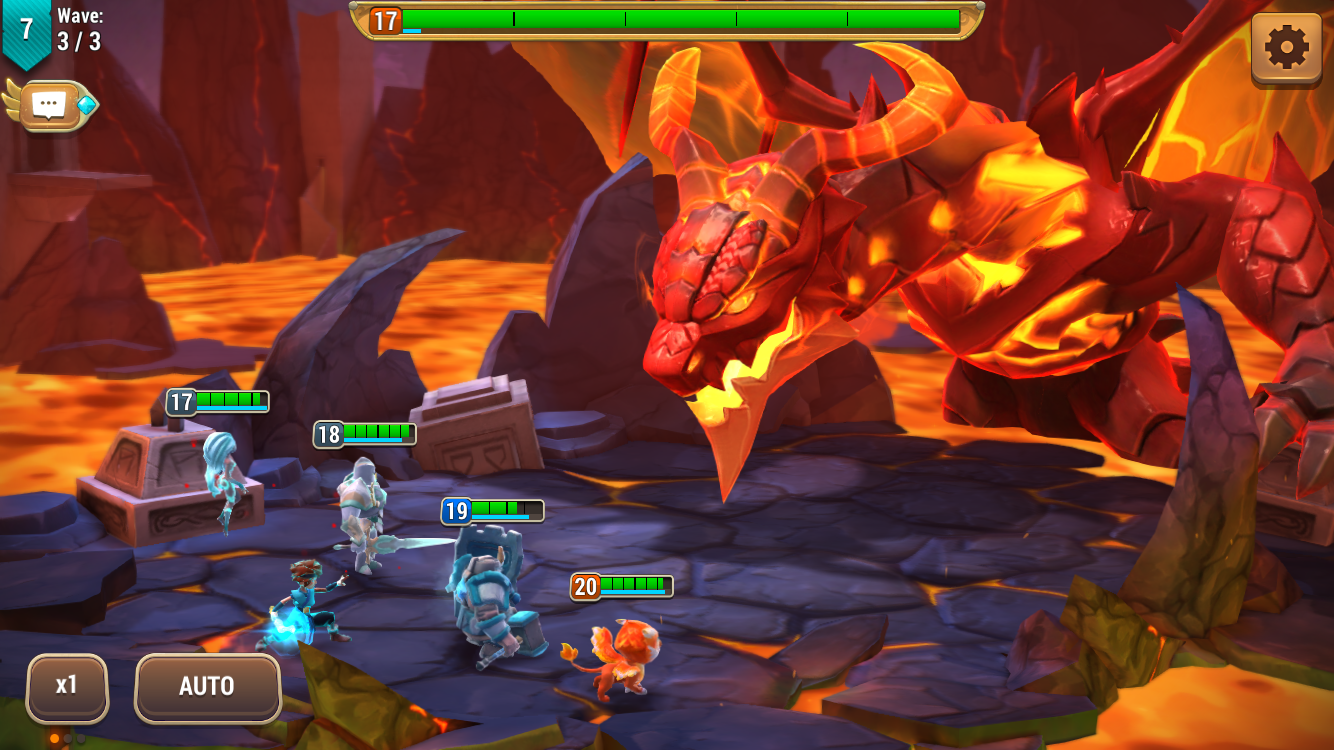 And you'll be tinkering a lot, trying to find the best make-up of monsters to take with you. There are potions to use, lesser creatures to burn, and much, much more.

The shape of the game is one most mobile gamers are going to be familiar with, but almost every aspect of the experience has been tweaked a little. It's not just for the sake of tweaking though, the additions make for a brighter and fresher experience.

It's not just about looks either, there's a well-earned swagger here, a sureness of footing that makes every step the game takes feel like one in just the right direction.

It's fair to say that this isn't the Might & Magic that fans of the series are going to be used to. In fact, it strays away from even the most recent additions and takes a direction all of its own.

Some people are going to find that that's not to their liking, before they've even played the game. But they really shouldn't. This is as good a midcore RPG as the App Store has to offer. And it struts around like it knows it.

That confidence oozes through every part of the game, from its style to its battles and beyond. If you've even the slightest interest in monsters fighting each other, you really should get it downloaded.

A rich and engaging midcore RPG experience that drips with quality from every pore
By Harry Slater
| May 31, 2018 |
iOS + Android
Find out more about Might & Magic Elemental Guardians