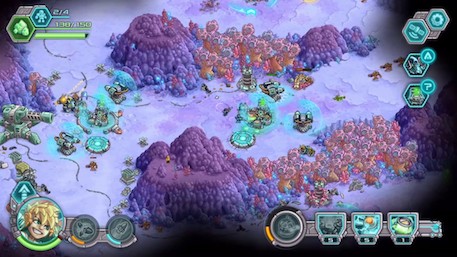 Iron Marines is the latest tower defence by the masters of the genre, Ironhide. Once again you'll set up a bunch of towers, order units about, and summon heroes to help you battle off enemy armies.

At review, we gave Iron Marines a Gold Award and described it as "A brilliantly balanced and hugely entertaining mobile RTS".

App Army Assemble: The Inner World 2 - Was there any point (and click) in this sequel?