By Harry Slater
| Aug 7, 2017
iOS
|
Songbirds
Get Songbirds on...
Find out more about Songbirds
Available on: iOS

I'm not entirely sure if Songbirds is really a game. I mean, it's in the games section on the App Store, and it's got plenty of the trappings that make a game, but you don't have to scratch too far down to see that this isn't your standard gaming experience.

Now, I don't want you to think that's a criticism. Because this is actually one of the most interesting pieces of digital entertainment I've poked at for a good long while.

It's also one of those apps that tells you to use headphones and definitely means it. Otherwise you're not going to be able to hear all the beautiful things you and your birds are creating.

Songbirds is all about making music. There are a number of different ways to do that, but mostly they involve drawing on the screen.

There are three levels of sorts, and it's here that you make your compositions. They're unlocked from the start, and there's no way to finish them, in the traditional gaming sense of that word. 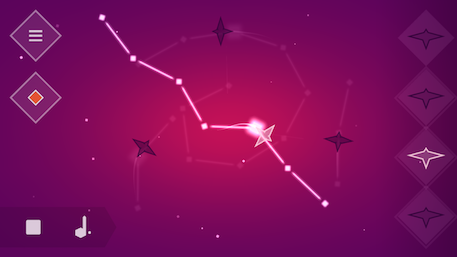 Instead each time you load up a section you're creating a new track. You might be drawing paths for birds to follow, or timing their dives into a lake.

The end result is almost always different, and that's where the fun comes in. You're manipulating the birds and the music at the same time, stitching together the end results to form tunes.

It's a surprisingly effective way of making music, and while it might not have the depth of other music apps on mobile, that's really not the point. 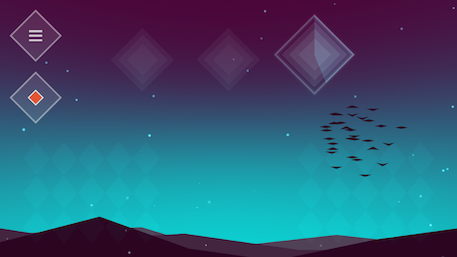 The point is anyone can pick this up and make some music. And the end result is going to be pretty damn good whatever you do.

Your compositions are going to be multi-layered, and, ultimately, your own. Record them in-app and you can share them as well.

There's no completion here, just another new track to pass the time. And, in all honesty, Songbirds is an excellent way to spend a few minutes here and there.

You might not be proving your gaming prowess, but you are creating something - often something beautiful. Maybe that's a better way to spend your time than murdering another boss?

Best new iOS and Android games of the week: August 6

The Builder bids farewell to Clash of Clans

Songbirds is a relaxing music-creating game, coming to iPhone and iPad on August 3rd