Eggggg review - A platformer all about vomiting

We've seen a lot of different ways of controlling platformers during the lifespan of the App Store, but I can honestly say I've never seen one quite so disgusting as Eggggg's.

That's not to say that the game isn't fun, far from it in fact, it's a big silly splodge of cartoon entertainment. It's just it's rare to see a gaming experience that relies so heavily on blobby gouts of neon sick.

But beyond the chucking up you'll find a reasonably smart leaper with a few twists that would deserve a space on your home screen even without the focus on pavement pizza.

The game is all about using your projectile vomit to bounce and slosh through a series of tight and well designed levels. There's gold to collect and secrets to find, as you might expect.

Most of what you're doing here follows the standard platforming template, but the added twist of the vomiting makes you feel like you're doing something pretty new. 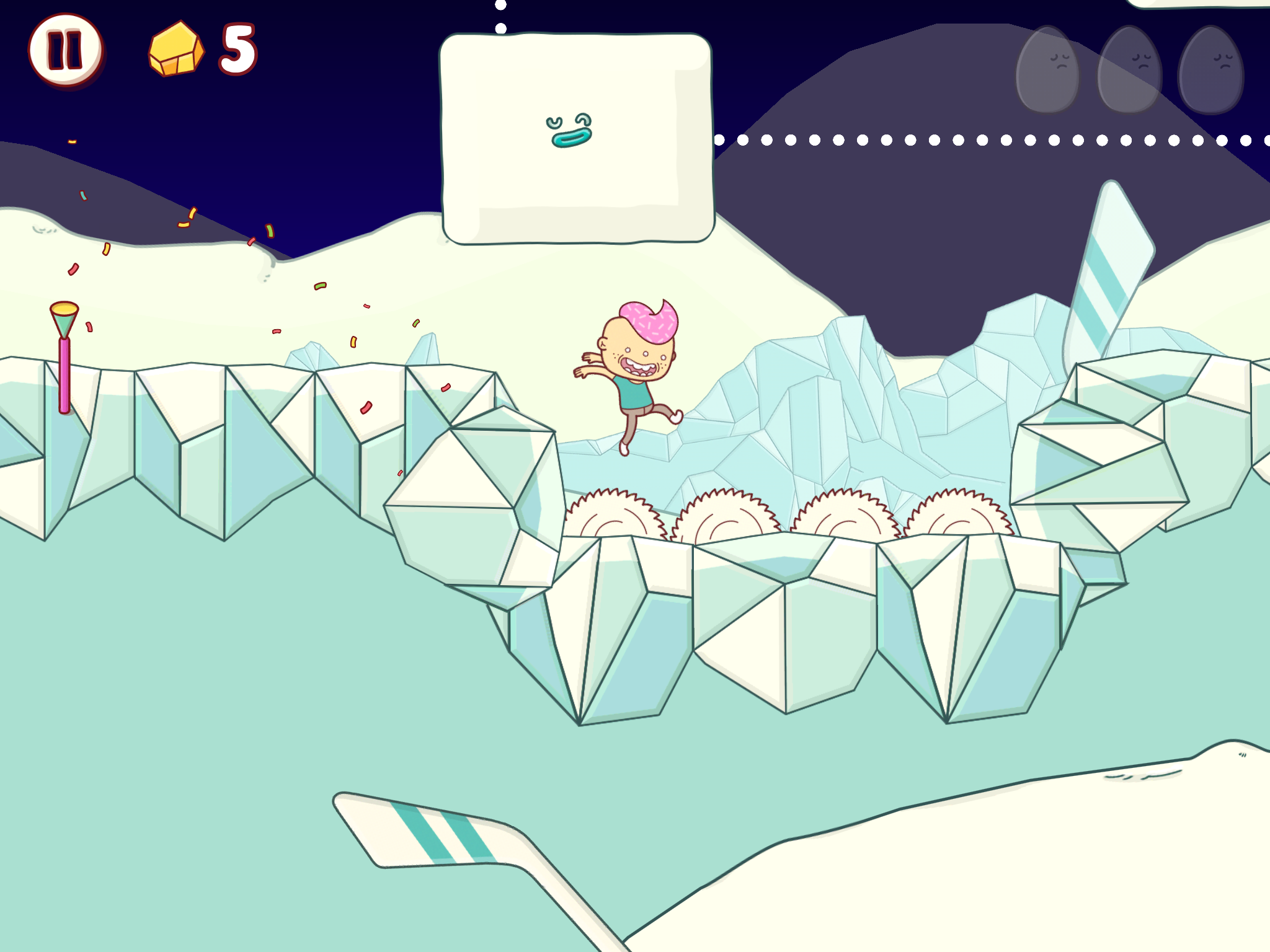 You run automatically, and your sick acts as a propellant. Tap on the right of the screen and you’ll jump to the right, tap to the left and you’ll jump left. Your sprays of mouth goo also change the direction you’re heading.

It’s a slightly strange system, because it means there are essentially two jump buttons. It takes a bit of getting used to, but once you get there you’ll find it works pretty well.

The platforming isn’t as smooth as some other examples on the App Store, but there are some neat twists all the same. For example sometimes you have to fill pits up with sick to get across them. Which is both gross and surprisingly smart.

That’s probably the best way to describe Eggggg - gross and surprisingly smart. It does things differently, but there’s enough familiarity that you’re never lost or confused. 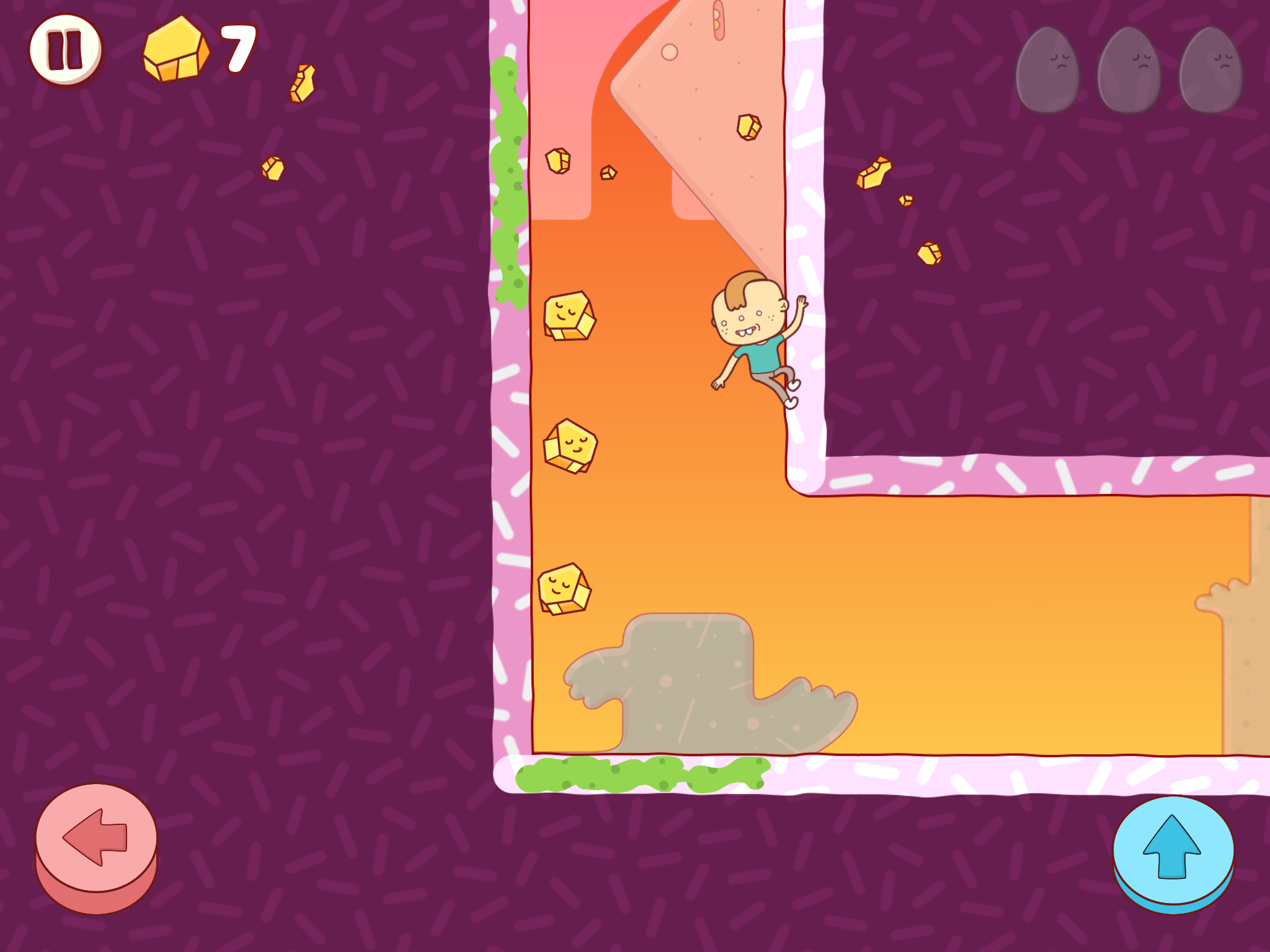 There are boss fights, there are enemies to boop to death, and it all flows past in a liquidy expulsion of bile and stomach lining. But, you know, in a good way.

And in spite of the gross subject matter, there’s still a cartoony warmth here. You can imagine the whole thing being transferred pretty effortlessly onto the telly box.

This isn’t a casual experience, but it doesn’t rank among the super hardcore platformers you often find on iOS either. It’s reasonably gentle for the most part, but there’s challenge here all the same.

It looks lovely, it tries something different, and the bodily fluids you’re glooping out all over the place add a slick change of pace to the usual auto-running platformer.

Basically if you can get over the fact that this is a game about throwing up, then it’s well worth checking out.

A sharp and entertaining platformer with a big heart despite its vomit obsession
By Harry Slater
| Oct 20, 2016 |
iOS
Find out more about Eggggg