Nexus 5X - Vanilla Marshmallow tastes good, but it's not without its problems

The 2013 Nexus 5 was a triumphant combination of excellent specs and a mid-range price point, offering Google fans an affordable means of getting "pure" Android without having to break the bank.

With last year's Nexus 6 proving to be too large for many people's pockets (and wallets), the news that Google would once again be teaming up with LG to make another low-cost 5-inch Nexus was met with a positive reaction.

Although this time around the Nexus 5X is playing second fiddle to the Huawei-made Nexus 6P, a larger, more premium offering which launches at the same time.

Both phones come with Android 6.0 on-board, and share many similarities - including the same camera and fingerprint scanner - but the pricing is very different, as the 6P starts at £449 while the 5X is a more reasonable £339.

Is it worth saving those pennies and investing in the cheaper option? That's what we're about to find out. 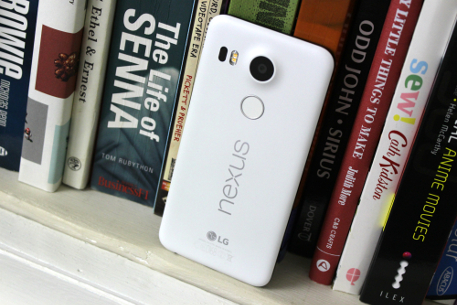 There's been a trend in the Android sector recently for metal-clad handsets, with even the budget brands bringing out premium-feel phones. However, LG has turned its back on this with the 5X, giving us a phone which is almost entirely made of plastic.

In this regard it follows on from the original Nexus 5 quite neatly, but it's hard not to feel a little disappointed by the fact that metal hasn't been used in some capacity.

Irrespective of its ability to withstand punishment, it just "feels" premium in the hand, while the 5X's plastic casing gives off a very "cheap" vibe.

The front of the phone is almost entirely black and featureless, while the back has the familiar Nexus logo and the 12.3 megapixel camera. It's also home to the "Nexus Imprint" fingerprint scanner, arguably the single biggest innovation this handset is packing.

The circular disc is positioned so your index fingertip rests on it when you're holding it. The fact that it's on the rear of the phone means you can't use it when the device is resting on a flat surface, but this isn't as big a problem as you might imagine.

On the bottom edge you'll find not a Micro USB port as you might expect, but a USB Type-C connector - the new industry standard. This enables faster charging and data transfer, but also means all your old Micro USB leads and chargers won't work on it. 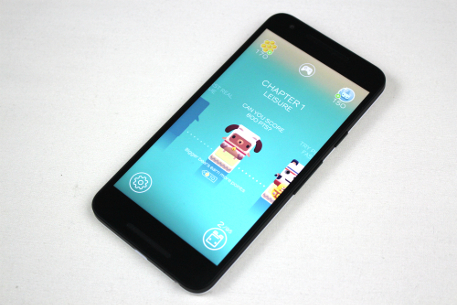 The Nexus line is where Google traditionally showcases the latest versions of its mobile OS, and both the 5X and 6P are shipping with Android 6.0 - also known as Marshmallow.

It's impossible to overstate the appeal that this software has for serious Android fans. What you're getting here is a pure, untouched version of the OS, whereas on other handsets you invariably have to endure OEM-made UI skins and pointless bloatware, both of which slow down the experience and the speed of software updates.

On the surface, Android 6.0 doesn't look massively different from Android 5.0 and 5.1, but there are alterations under the hood worth noting.

First up is the new "Doze" feature, which allows the phone to hibernate while it's resting on a flat surface by switching off non-essential processes - alerts can still get through as normal, so you don't miss anything important.

We noticed that during the night, when the phone was sat idle for hours, battery consumption was reduced drastically.

Another change is Google Now On Tap, which grants Google's personal assistant even more power. Now, it's possible to summon Google Now from anywhere in the UI with a long-press of the Home button.

The screen is scanned for keywords and suggestions from the web are offered up. For example, if you're looking at a page with the names of famous celebrities, Google Now will suggest news reports or images for those individuals. It's an incredibly handy feature and one you'll find yourself using often.

We've already touched upon the Nexus Imprint fingerprint scanner, and from a software perspective this new hardware feature has a huge impact on overall usability.

The phone can be unlocked just by touching the scanner, even when the screen is off - this means you can get access to the device faster than ever before.

The scanner can also be used to make purchases on the Google Play store. On a side-note, Google is currently working on its own version of Apple Pay, so that contactless payments can be made with your phone.

Whether or not this system will use the fingerprint scanner for security is unknown, but the Nexus 5X is well positioned for that eventuality. In terms of accuracy, the scanner is the best we've used so far, even beating Samsung's excellent offering on the Galaxy S6. 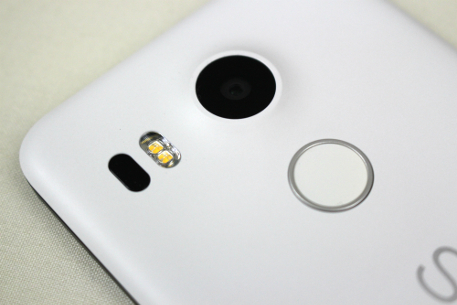 To be fair, you don't really need any more than that - while other phones have pushed past full HD into higher resolutions, it's practically impossible to spot individual pixels on the 5X's display, which means anything above 1080p is simply putting additional load on the processor for no visible reward.

We're actually pleased that LG has seen sense and stuck with this resolution, even though the real reason for the choice is more likely to be related to keeping costs down.

The screen is noticeably duller than the Super AMOLED example seen on the Galaxy S6, but viewing angles are great and colour replication is arguably more faithful to real life.

The Nexus 5X has a single speaker for audio at the bottom of the screen, and it's unforgivably weedy. High notes distort at the top volume setting, but there's a noticeable lack of bass and punch.

It's easy enough to hear the speaker when it rings in public, but the quality is dismal. Call quality is passable, but not as clear as it is on an iPhone 6 or Galaxy S6. 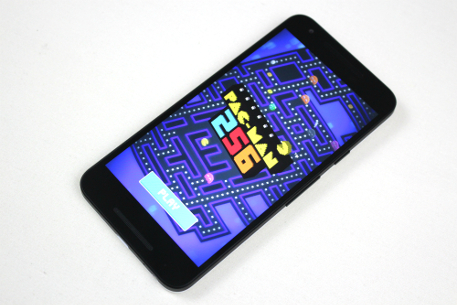 The Nexus 5X isn't running a top-of-the-line chipset, and that predictably has an impact on its gaming credentials.

The Snapdragon 808 was introduced when Qualcomm experienced overheating and performance issues with its flagship Snapdragon 810, and as a result it lacks a bit of bite.

The fact that the Nexus 5X only has 2GB of RAM also contributes to some issues. 3D games like Real Racing 3 run well enough to enjoy, but the frame rate is a long way from being silky-smooth.

Less demanding games run fine, but if you like playing the latest 3D titles on your handset, then you might be disappointed.

While the overall user experience is a pleasant one, we did encounter moments where the phone locked up and refused to respond.

The lack of RAM is almost certainly to blame, and moving between applications can sometimes be a sluggish affair, depending on the amount of background activity occurring. The camera also seems to cause issues.

It constantly freezes when opened, and switching between landscape and portrait mode also has a habit of sending it in a tizzy.

As for the camera itself, the Sony-made 12.3 megapixel sensor is capable of capturing some amazing shots, but the software leaves a lot to be desired. The standard Android photo app has very few features and falls foul of the aforementioned performance issues.

It's also slow to capture images, meaning your subject has usually moved on by the time the phone actually grabs the shot.

Having experienced how amazing Android-based photography can be on the market-leading Galaxy S6, it's a real shame that Google can't bring its own handsets to the same level. 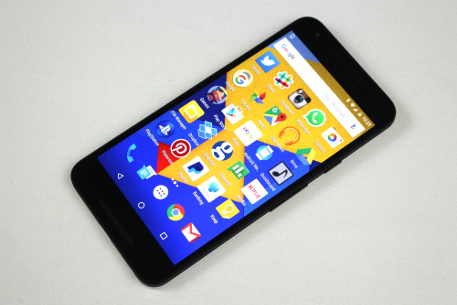 While the Nexus line of phones has never really been about cutting-edge tech, it's a real shame that the Nexus 5X is so lacking in certain areas.

2GB of RAM is simply too little for a market-leading handset going into 2016, and the Snapdragon 808 lacks the raw power of many of 2015's best offerings.

On the plus side, the Nexus Imprint fingerprint scanner is the best in the business right now, and Android 6.0 is fantastic - especially in the pure, untouched form we see here.

At the end of the day, the Nexus 5X is a phone with a mid-range price point and comparing it to the leading lights of the Android sector is unfair - it's still a great phone and highly recommended, but if you have the money and don't mind a larger phone, the Nexus 6P is the better choice of the two.

Thanks to Mobile Fun for supplying the Nexus 5X used in this review.

Packing excellent software and a great fingerprint scanner, the Nexus 5X is let down by a lack of RAM and a mid-range chipset
By Damien McFerran
| Dec 1, 2015 |
Android

The Christmas gift guide for phones and tablets on Android

Could the Nexus 5X be set for an October 19th release?