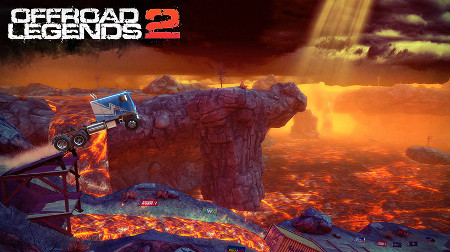 All the physics have been tweaked, the graphics are going to be shinier, there's MFi controller support, and four game modes. That's a lot of stuff.

We don't know when in November the game is going to be out, or how much it's going to cost, but we will definitely let you know when we know those things. Because we're paid to do that.

Agents of Storm, a free to play strategy battler from the makers of Alan Wake, is set to hit iPad and iPhone this Thursday

Out at midnight: Offroad Legends 2 lets your throw huge trucks at dirt tracks for fun