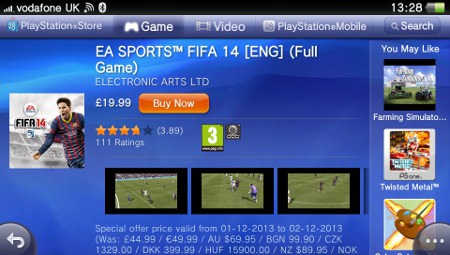 FIFA 14 for PS Vita has had its price cleaved in twain as part of Sony's annual "12 Deals of Christmas" promotion.

That means you can now pick up EA's re-skinned football game for just £19.99.

We'll let you know if there are any more pocket-sized deals in Sony's promotion over the next few days.

Out at midnight: A squiggle is a solution in daring iPad puzzler Blek