Although many grumbled about its similarity to its direct predecessor, the Galaxy S4 was - and still is - a striking commercial success for Samsung.

20 million units have been shifted since it launched earlier this year, making it one of the most popular phones on the planet. How do you improve on this amazing triumph? Simple - you expand the Galaxy S4 line with additional phones, each one with a particular specialised focus.

The S4 Mini is aimed at consumers who crave the real deal but don't possess deep enough pockets, while the S4 Zoom is intended for those who want their handset and dedicated camera to be shoehorned into a single device.

The S4 Active, on the other hand, is no watered-down stablemate. It's the S4 in a tougher, more resistant shell, and manages to improve on what has gone before by offering IP67 certification - which means it can confidently repel the onslaught of both water and dust. 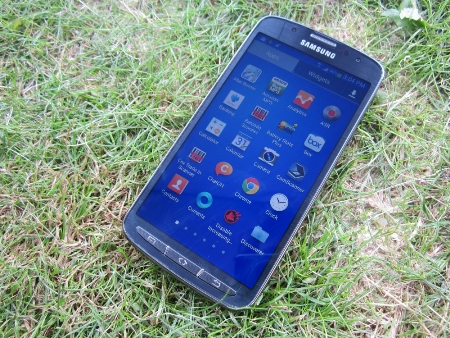 If you felt that the Galaxy S4's case design played it too safe, then the S4 Active is sure to please you. It's something of a departure from what has gone before, with a honeycomb-effect back panel and two rubber-touch panels on the top and bottom edges - there to prevent damage from accidental drops.

Another big change is the introduction of two additional physical buttons below the screen, one for 'menu' and the other for 'back'. These accompany the 'home' key, which is an ever-present feature on Samsung's phones - despite Google's desire to remove physical inputs from the front of Android phones, as evidenced by its Nexus handsets. 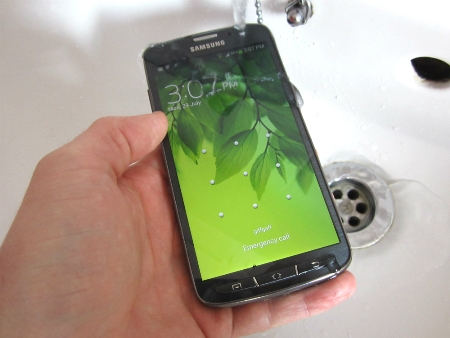 Because the phone offers protection from dust and water, the charging port is sealed with a plastic cover. However, unlike the Sony Xperia Z, there's no cover for the headphone socket, which means Samsung has clearly been able to create a watertight seal in that section of the device.

This is a bonus for music lovers, as having to constantly remove a cover over the 3.5mm jack is fiddly and annoying.

IP67 certification means that the S4 Active can be placed in water of one meter in depth for 30 minutes. Needless to say, we tested this boast and found that the phone performed admirably - the only thing that should be noted is that the touchscreen is unusable when wet.

Inside the S4 Active you'll find a quad-core Snapdragon 600 chipset clocked at 1.9GHz - the same as the one inside the standard S4. There's also the same amount of RAM (2GB, to be precise) and 16GB of onboard storage - along with a handy MicroSD card slot.

The screen is the same size (five inches) and resolution (a whopping 1080x1920 pixels) but this time around it uses TFT tech instead of Super AMOLED, which means more accurate colours but less impact. 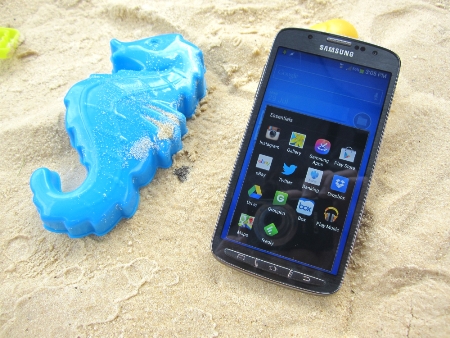 While the Galaxy S4 had a 13-megapixel snapper, the S4 Active can only muster eight - although it does benefit from an additional underwater shooting mode. Overall, those missing megapixels don't make a massive amount of difference, but the camera does sometimes struggle to focus unless conditions are absolutely perfect.

Fast-moving objects and low-light environments cause the most problems, but by selecting one of the many specialised shooting modes you can limit the damage. 1080p video recording is included, and there's a 2-megapixel front-facing camera for video calls. 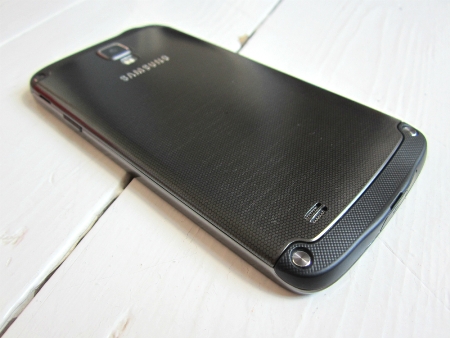 The S4 Active is one of the most powerful phones on the market right now, so it should come as no great shock to learn that it handles games with ease. No matter what you choose to throw in its general direction, the phone provides a smooth and stutter-free experience.

That full HD display also makes games pop with detail. Titles like Real Racing 3 and Dead Trigger have rarely looked this good. The massive screen also helps as your fingers don't obscure as much of the action as they would on a smaller device. 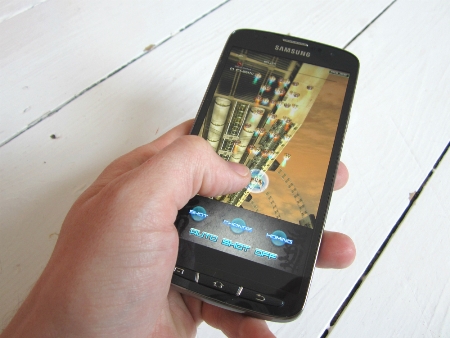 Having all the power of the Galaxy S4 in a waterproof and dustproof shell is fantastic - you don't have to worry about getting your beloved phone wet or dirty any more. The raw power on display here is truly astonishing, eclipsing even the likes of the HTC One and Sony Xperia Z (the latter of which also boasts a waterproof shell).

AnTuTu benchmark returns a score of 22,472, while Quadrant Standard clocks the S4 Active at 12,515 - that's higher than the original S4. Geekbench 2 scores it 3,218, which makes it something of a front-runner in terms of ability.

In terms of software, the phone is running Android 4.2.2, which is about as up-to-date as you can possibly get without owning a Nexus device.

Samsung's suite of exclusive software features is packed with pointless gimmicks, but there are some good elements in there which are sure to be copied by other manufacturers in the months to come - such as being able to view your notifications simply by hovering your hand over the top of the handset when it's laid down on a flat surface. 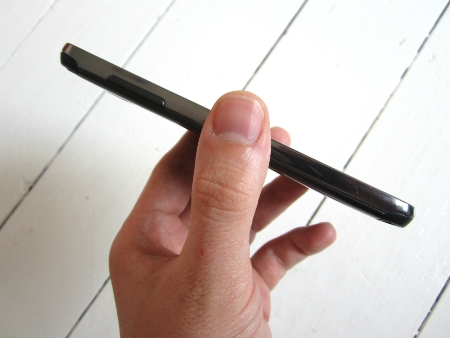 Losing the Super AMOLED screen is a real shame, as it was one of the highlights of the original S4. Samsung's TouchWiz UI is also something of an acquired taste - it's intuitive to use but it doesn't look as appealing as the stock Android UI seen on the Nexus 4.

There's also a worrying amount of bloatware on board for an unlocked handset - thankfully, you can disable the apps you don't require, which prevents them from eating up valuable system memory. 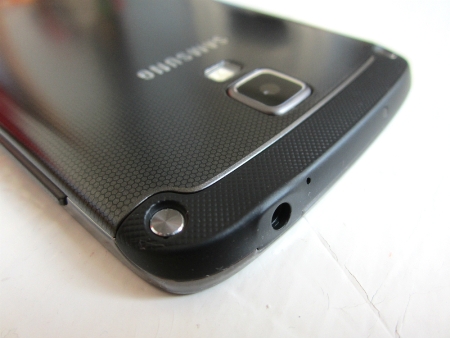 You could accuse Samsung of being lazy with the S4 Active - after all, it's essentially the standard S4 in a different case, with no real technical improvements. In fact, with a weaker screen and less adept camera, you could call it something of a downgrade.

However, in reality these differences mean little, and the S4 Active's love of the outdoors makes it a more sensible purchase if you're constantly worrying about water damage impacting your expensive mobile.

We also found ourselves preferring the revised case design over that of the original S4 as well - while it lacks the sophistication of the HTC One's metal bodywork, it looks a lot better than the cheap shiny plastic showcased on the standard S4 model.

If you're on the prowl for a new handset then you really should consider this device - it offers unmatched power and a resilient case, making it arguably the best Android handset currently available.

The Galaxy S4 Active combines the world-beating tech of the standard S4 with a water and dustproof case design, making it the must-have Android mobile of the moment
By Damien McFerran
| Aug 1, 2013 |
Android + Mobile