MWC 2013: Dead Trigger 2 will be F2P but provide pure gameplay and is being tested without IAP

And Madfinger has 2 more games in the works

Given that Dead Trigger 2 is one of the games - if not the game - Nvidia is using to promote the Q2 release of hardware based on its Tegra 4 architecture, it's little surprise the Unity-based shooter is also due in Q2.

June has been pencilled in, although the game will obviously also support Tegra 3 devices, as well as Android smartphones and tablets running similar class hardware from Qualcomm and ARM etc, and (least we forget it) iOS.

Yes, despite all the attention about Nvidia's new chipset, developer Madfinger is taking an evenhanded approach.

In terms of downloads, Android might now be sneaking ahead - 60:40 split - in terms of the original Dead Trigger, but apparently iOS players are slightly more loyal in terms of how frequently and for how long they play.

Length of playtime is also relevant when talking about Dead Trigger 2.

Madfinger has already stated it will be twice as large as the original. The gameplay will remain the same in terms of the short burst mission structure, as you shoot zombies in an infested city, but there will be much more.

A larger city, more modes, more zombies, and more weapons. After all, at launch, the first game only featured six. This time around, we get stationary weapons (as seen in the CES demo level) and grenade launchers. 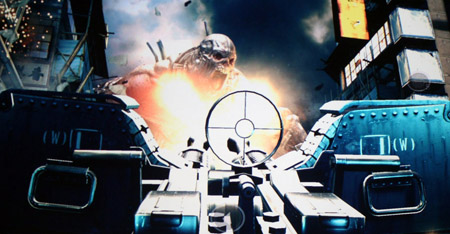 Madfinger has overhauled its community team in the past 12 months so it can better react to what fans demand.

After all, it found itself in hot water, given the 'is it paid or is it free-to-play?' confusion when the originally 99c game went free-to-play first on Android and then iOS.

Porizkova rolls her eyes at this recall of old news.

"We're currently testing the game without in-app purchases, but we expect it [Dead Trigger 2] to launch as a free-to-play title," she says.

The tension in the statement is because no final decision has yet been taken, and given it's such a high profile game, there's always the opportunity for an Android phone maker (or chip maker) to spend money to do a timed exclusive or somesuch move that would disrupt Madfinger's plans.

What's important, however, is Porizkova says players won't have to pay if they don't want to.

That's the reason the game is currently being tested without IAP: because IAP isn't core to the gameplay, and that's surely good news for players who want to progress though this sort of game via skill not their wallets.

As for what's next for Madfinger, it's got two unannounced projects in development for release in 2013.

It's also throwing its weight between the Ouya unconsole. Dead Triggers 1 and 2, plus Shadowgun: DeadZone will be optimised for the Android-powered device, which uses a console-style controller and is out in April.

And if that wasn't enough, Madfinger will be supporting the Moga controller for Android gaming too. After all, the touchscreen isn't the natural home for shooters, so encouraging the uptake of physical controllers makes complete sense for the Czech-based developer.

As for Dead Trigger 2, we expect to get our first experience of the full game proper at the E3 show in May.

Dragons have risen to attack your kingdom. You have a deck of cards. It's summoning time.