If you can remember when Dell launched its 5-inch tablet, the Dell Streak, you may remember that it was well-loved but clearly didn't sell enough to see anyone else rushing to build a similarly sized tablet.

Apple had decided on ten inches, and most followed, with seven inches being the smallest anyone dared to go to avoid making their handsets look like oversized phones.

Samsung must have missed the memo, as it not only decided to produce a smaller tablet but also to try and convince everyone that it also acts as a perfectly good phone. 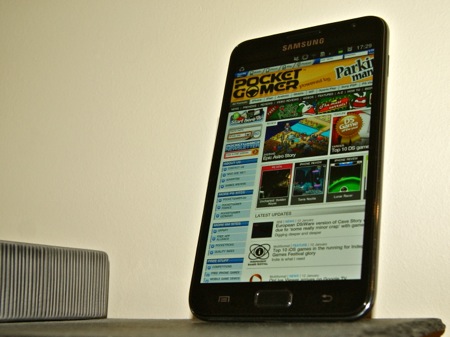 Thanks to the 5.3-inch screen being in a widescreen format, the resulting device will fit in most pockets - but let's not pretend that it's anything other than a tablet that can make calls.

Nobody will look at the Note and call it a phone, as holding it up to the head is unwieldy. It's also rather awkward to use for taking photos or shooting video. But as a tablet it's fantastic.

As a tablet, it has plenty of things to bring to the table. The screen might be larger than any smartphone, but it's still a fair bit smaller than most tablets.

With its 1280x800-pixel screen, slightly higher than that of the Galaxy Nexus, text and images are very sharp. The AMOLED screen is bright and it has better colour reproduction than the overly saturated Galaxy S II. 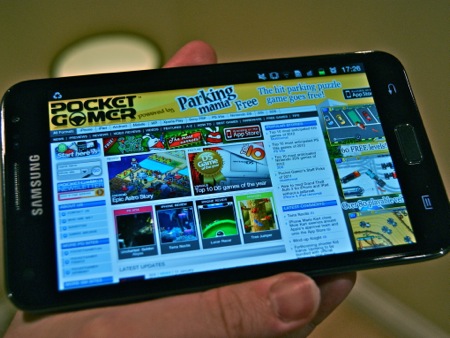 One plus point over the Galaxy Nexus is the inclusion of internal storage space (16GB or 32GB) with the option to add a memory card to further boost storage. It also takes a regular mini-SIM card, instead of a micro-SIM card. 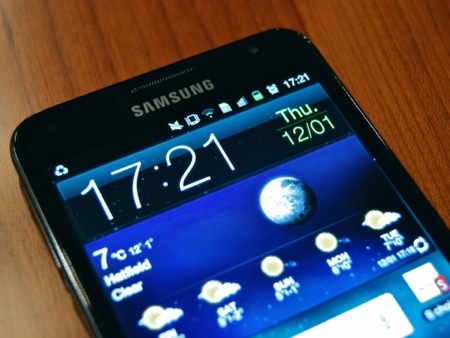 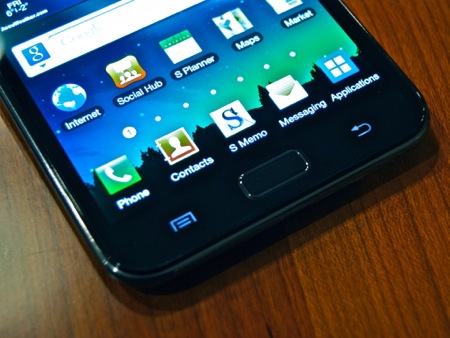 However, the big thing is that Samsung has included a stylus. While Steve Jobs poured scorn on the stylus (to be fair, the traditional stylus IS dead), things have changed a lot since screens switched from resistive (pressure-sensitive) to the capacitive (touch-sensitive) ones used today.

The S-Pen isn't needed to operate the device, either - it's a secondary form of input. If you don't want it, don't use it.

You can use the S Pen to select text and open apps, but it comes into its own when scribbling down notes, annotating photos and documents, or drawing quick sketches. Like the HTC Flyer, it works fine, but I have to confess that I didn't find much reason to use it beyond trying it out for the purpose of writing this review. 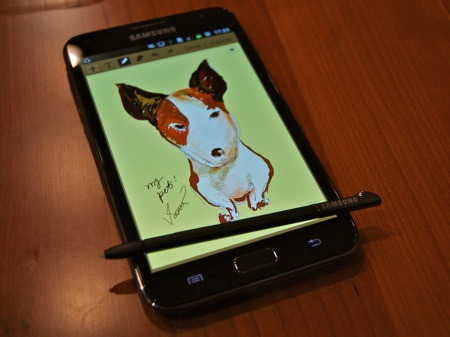 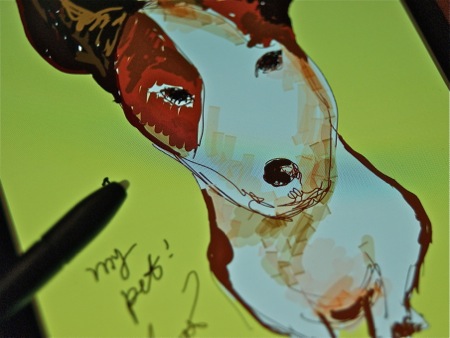 It's worth noting that the pen has a button that you can hold to activate a note-taking app, and apps can also be created to take advantage of the pen. It's therefore more advanced than a stylus you might buy as an accessory for any smartphone or tablet.

The jury will be out for some time, but while the hardcore Apple fanboys will derive great pleasure from making jokes about its reappearance a modern stylus is the sort of thing that could even appear on a future iOS device.

Samsung ships the Galaxy Note with Android 2.3, which is very different to Android 4 on the Galaxy Nexus, but the update to Ice Cream Sandwich is due in March, which should be quite a big update.

There's also the Samsung TouchWiz front-end, which offers a collection of exclusive Samsung widgets for social networking, music, books, note-taking, and an alternative calendar that mimics iCal on the iPad.

It's also extremely fast, thanks to a 1.4GHz dual-core processor, possibly being one of the fastest Android devices on sale today bar the quad-core models.

Despite being a little large for a camera, the image quality from the 8-megapixel sensor is good, even if the LED flash is quite small. There's 1080p HD video capture and on the front of the phone is a 2-megapixel camera, primarily for video calling.

Photos and video played back on-screen look slick (HD video looks particularly nice), but you also have the option of outputting everything to an HD television thanks to the combined microUSB/HDMI socket. Although this means a different cable to connect to a TV, the added benefit is that your TV can charge the phone while connected. 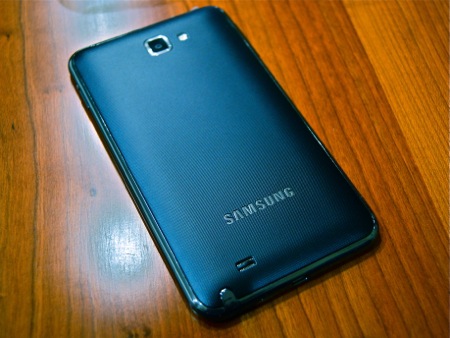 Samsung asks the question 'is it a tablet or is it a phone?' but the answer isn't simple. If forced to decide, I'd say tablet as it's simply too big to be your main phone unless you go hands-free. But, with Android 2.3 installed, it functions like a phone and not a tablet, so you won't get the tablet-optimised versions of some apps, despite the high resolution (the same is of course true on the Galaxy Nexus).

Perhaps the last thing to mention is that if you are considering using a Note as your main phone, the 2,500mAh puts the performance far beyond that of any rival. Although the large screen sucks power, keep the brightness under control and you'll have a phone that needs charging far less frequently. Only the heaviest users will have any reason to fear.

The Galaxy Note isn't going to be for everyone, but even though it may find fewer customers than more conventional phones or tablets Samsung has done an excellent job of combining two individual devices into one. 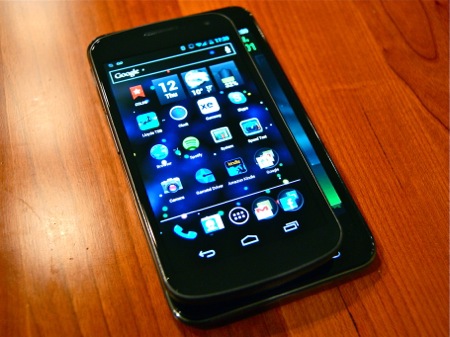 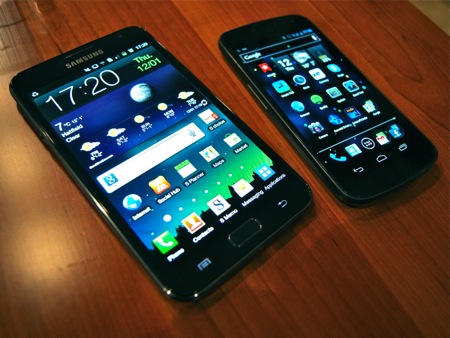 A tablet that is also a pretty good phone, or a phone that is an amazing tablet? Think of the Galaxy Note as a tablet first and foremost and you can't go far wrong. You might even learn to love the S Pen
By Jonathan Morris
| Feb 7, 2012 |
Mobile
SEE COMMENTS